It being November, you'd think that the theme for this month would naturally be hijacked by Thanksgiving; but since Canadian Thanksgiving happens in mid-October (and is such a non-event compared to the hype of Halloween), there have to be other things focused on during then.  For some reason, Lynn thought that the subject of school and studying would be the main focus, since two of them were shown. 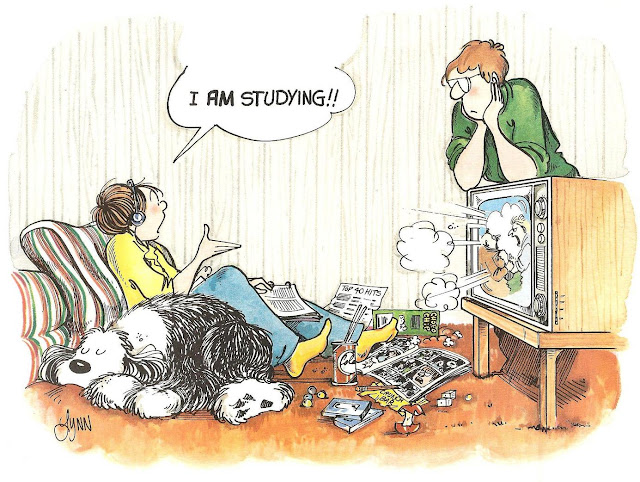 One one hand, this is understandable, since the Winter finals are coming up, and they'd be hunkering down on research and last-minute studies that would otherwise be overshadowed in the specter of Christmas.  This doesn't stop her from reusing certain jokes though: 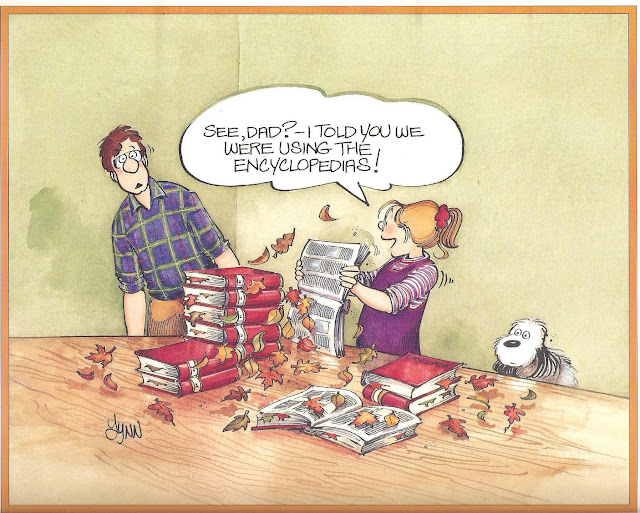 This isn't even the most obvious one - there's the "John eases a child's fears by doing a mock checkup on a stuffed animal", which was done not once, but twice. 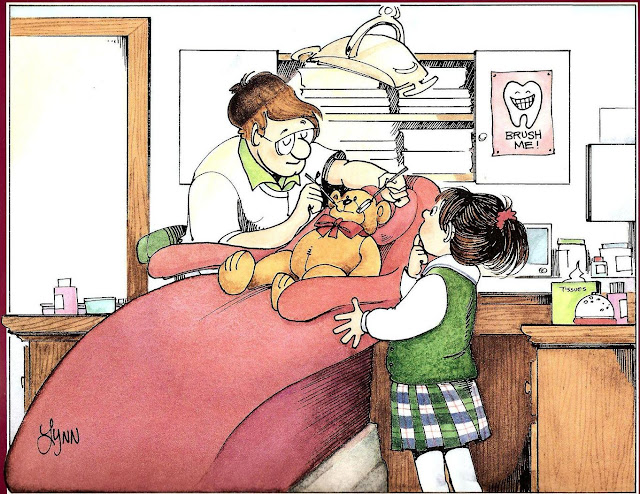 I have no idea if this method is more preferable to reading children's books of anthropomorphic animals being subject to the very events that would make a child nervous.  I know they certainly helped calm me down, since I had an approximate idea of what to expect.

Other than that, there's the time-honoured tradition of waiting for every leaf to fall off the trees before raking the yard.  Others simply have no patience for doing so, and go ahead with cleaning up the lawn, even as other leaves stubbornly refuse to let go of their nurturing apron strings. 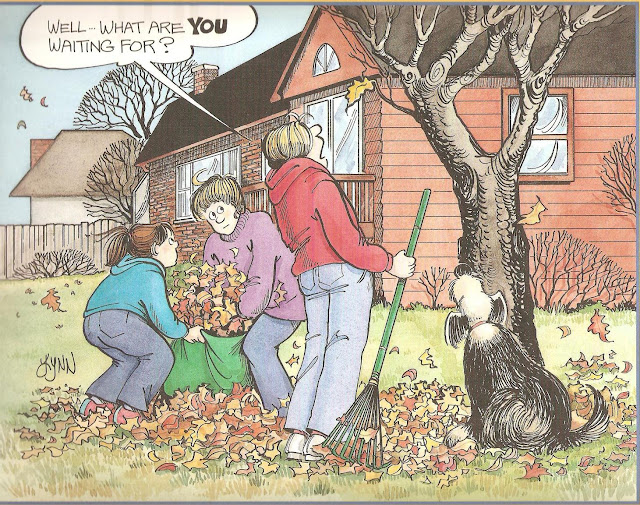 Then there's the look of dismay as a child messes up a pile of rampant leaves by either dovetailing into said pile or toss said leaves around, thus ruining all that hard-earned work raking those leaves in the first place.  An easier job would be to leave the leaves on the ground, then let the upcoming winter snowfall cover up the disgrace on the lawn and then do the double duty of collecting leaves and cutting the grass at the same time once the snow melts. 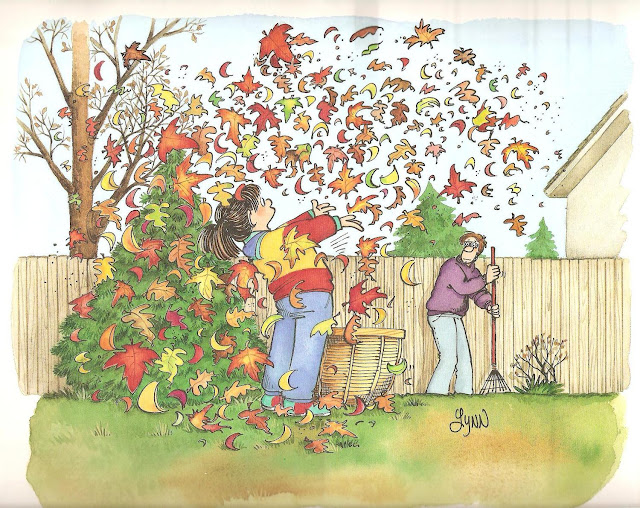 Alternately, this could also be done before the snowfall.  For some reason, people seem to display an inordinate amount of pride over the grass in front of their houses.