My mother had a woman's bicycle that she proudly used without fear of getting stolen, because it had a low-hanging bar and a baby seat on the back.  She'd had it for many years, leaving it unchained, confident that no one in their right mind would want to be seen riding such a monstrosity.  Last year, it was stolen right outside my parent's garage door.

My neighbors had an old-school lawn mower - the kind with a flywheel and no a motor.  Using this kind of basic invention is a sadistic ritual, since you need to use it multiple times over the same field in order to cut any grass.  This machine falls way behind more recent designs in terms of efficiency, and wouldn't be considered worth stealing.  It was stolen from their yard last week.

These kind of low-level crimes leads me to wonder what kind of thieves could possibly benefit from these C-level antiques?  They're not valuable enough to be resold at high prices, nor are their parts rare enough for replacing certain worn-out parts.  Other than nostalgic Luddite fanatics or Wizard detectives who are loath to use any complicated machinery containing dreaded microchips that would interfere with their finer sensibilities, I'm at a loss to explain these petty thefts.  The only other benefit stealing such old objects would be to sell their metal for scrap, but you'd have to steal dozens of the old things in order to make a profit. 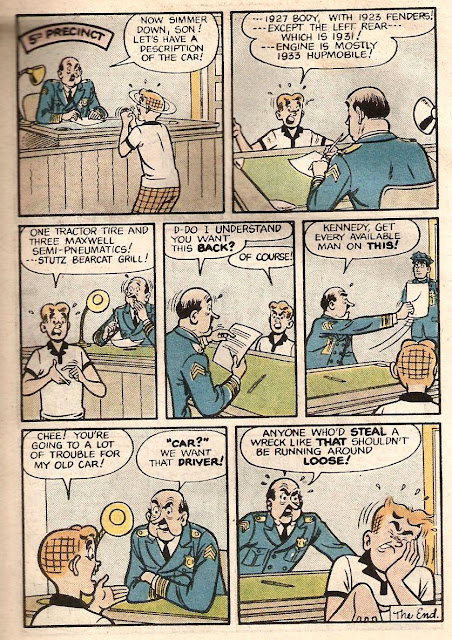