The moon, that luminous orb hanging in the sky is a national object of mystery.  Stories and Legends have revolved around it.  It's also been blamed for everything from rising tides to solar eclipses to Lycanthropy to dramatic nighttime lighting. 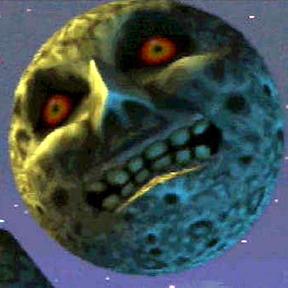 Just recently, there's been a study done that's shown that the effects of the full moon has no effect on making people act like lunatics.  That's just a convenient excuse gleamed from the paradoxical nature of having a source of illumination during nighttime.  (Not that people don't act irrationally on a day-to-day basis anyways)  Of course, this non-controversial study could've been simply carried out if the researchers had bothered to check a certain Wizard of Id comic belaying this very subject. 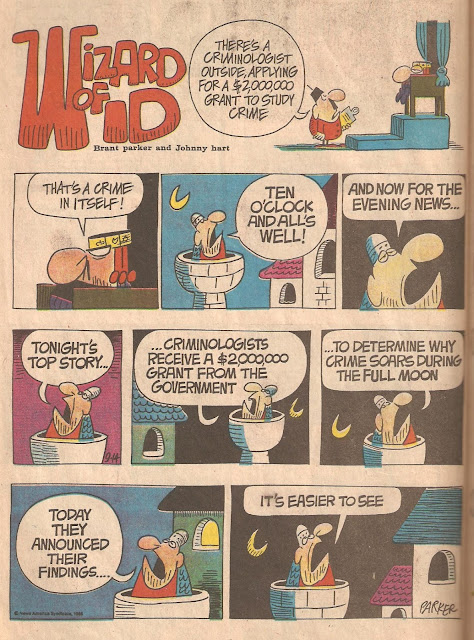 Naturally, the whole purpose of science, other than to constantly disappoint fable tellers of the harsh reality of the world is to constantly test out hypothesis, just to make sure that they're true.  After all, there's no guarantee that the same thing'll keep happening all the time.  Maybe one day, the laws of physics would simply look the other way, causing pigs to fly, leading us to rethink the whole philosophy of how the universe works.  As if things weren't confusing enough already. There's research to show that with the proper heat, humidity and pressure conditions, a snowball could actually survive in Hell.  (Not that there wouldn't be patches of Hell that were intentionally cold anyways...) 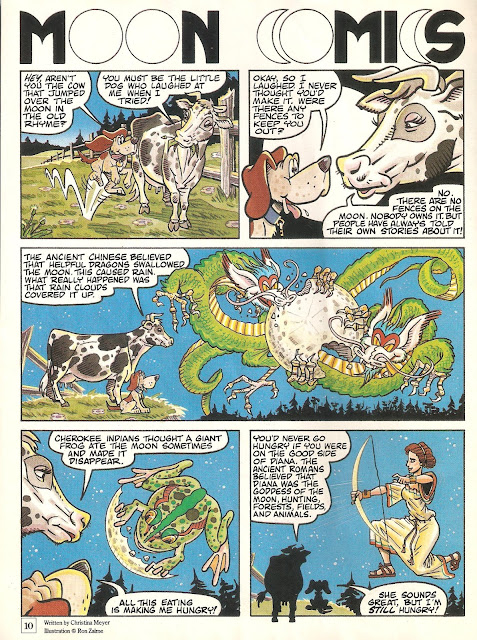 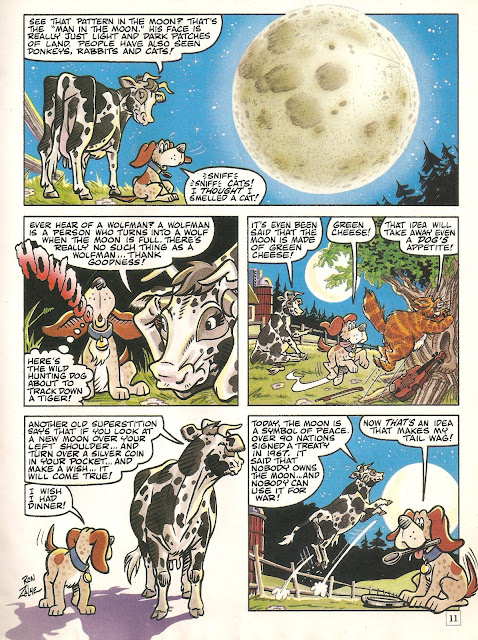 Even though the moon's light is really nothing more than the sun's reflection, this hasn't stopped people from creating stories based on the moon's glow.  When you're confronted by an unreachable object you can't possibly influence in any way, you seek out ways to explain the unexplainable.  These fables are usually more interesting than the cold reality.  Particularly when the sun is actually larger than either the Earth or Moon, even though it looks the same from the surface.  To put it in illustrative terms, imagine the Earth as a green rubber ball, the Moon as a golf ball, and the sun as the world's largest red and yellow striped beach ball. 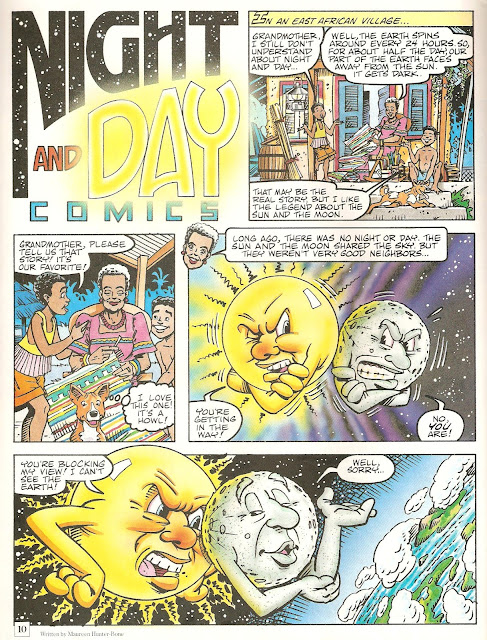 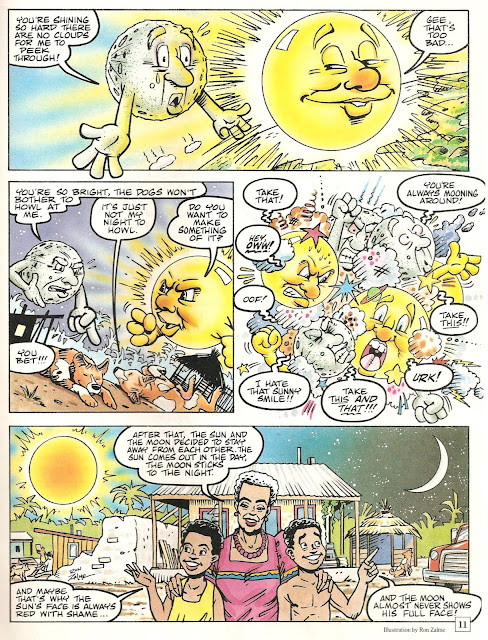