It's October, and that means it's time for my annual "Things that traumatized me as a kid", which nobody around here seems to enjoy.  This time, it's a certain Archie issue that I got from a friend of mine who knew that I liked comics, and lent me a few that they didn't want to read anymore.  One of these had this on the cover: 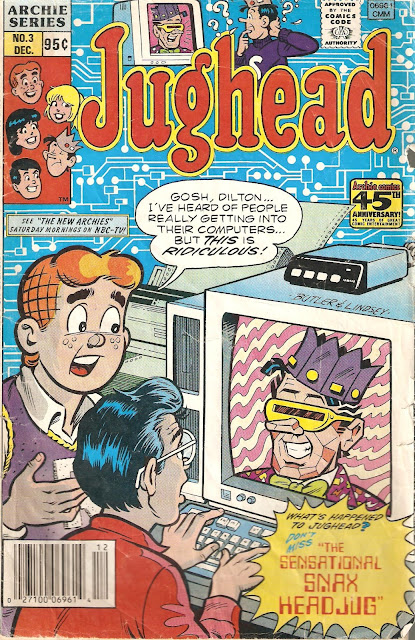 In the 80's it seemed like everybody wanted to emulate Max Headroom somehow.  Square One TV had Fax Headful, Doonesbury had Ron Headrest, and Archie comics had Jug Snaxful.  However, before we can even get 20 minutes into the future of the two-parter inside, we were first faced with this: 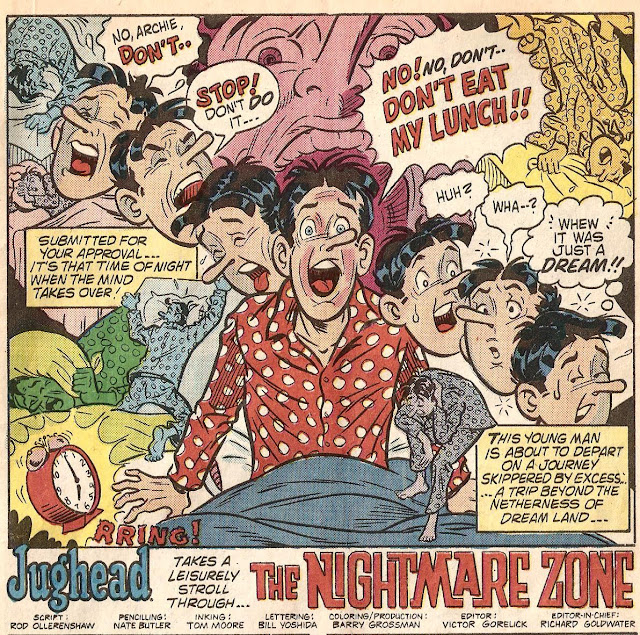 The opening scene then shifts to a picnic where Jughead demonstrates his culinary expertise by combining pickles with pepperoni and ice cream.  Naturally, his friends Archie and Betty warn him that such an unusual concoction is prime recipe for nightmares.  Jughead blows off their research claims, and decides to take a little nap before his next meal.  Just as he's dozing off, he's about to take a plunge into that realm known as the rabbit hole. 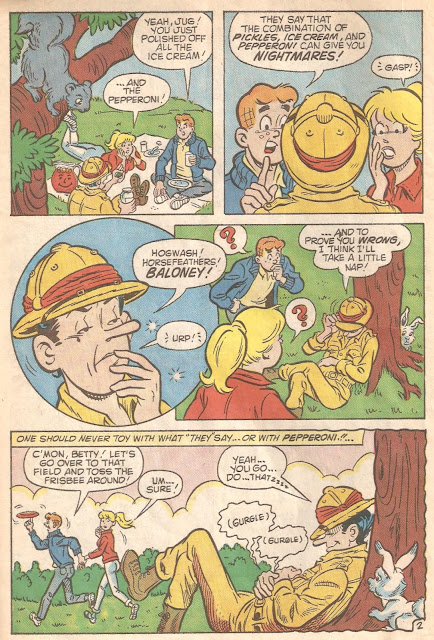 If the first panel was a teaser for the kind of imagery we could expect to face, then then it certainly failed to convey the level of terror there.  Pop Tate shows up inexplicably wearing a bunny suit, but that's not the most unsettling element there (though some people would certainly find that unsettling on a different level).  What happens next is Pop Tate starts force-feeding Jughead, and holy crap, Pop Tate's expression in the 4th panel there is terrifying.  I've mentioned how I can't stand it when I see comic characters starving, but seeing them being forced into overindulgence is just as stomach-churning, and recalls the image of Donald Duck forcing his nephews to smoke the cigars they'd bought him for his birthday. 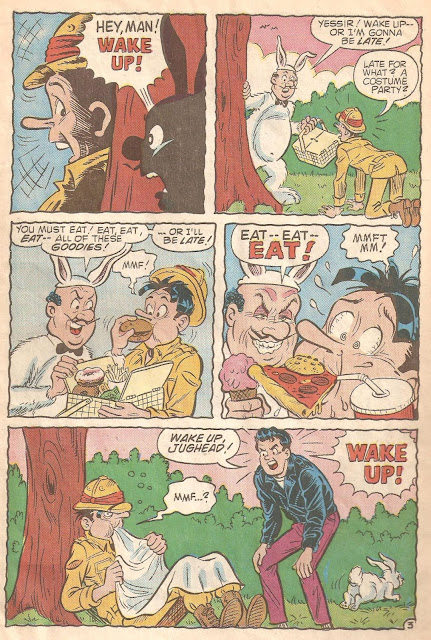 Jughead is normally a confident trickster, so to see him lose his cool when he's not in control of his surroundings is somewhat unsettling.  When Jughead's eyes are open, that's a sign that things are REALLY disturbing.  That guy with black hair in the style of Archie's hairdo is Reggie, Jughead's "best friend".  When Jughead retorts saying that Reggie isn't his BFF, Archie is; Reggie asks "Who is this 'Archie?'".  In this reality, Reggie is Jughead's lifelong companion, and Archie doesn't exist.  It soon becomes apparent that he's in a recursive dream where every time he "wakes up", he finds himself worse off than he was before.  The only thing that would make this worse would be if he was in a Slaughterhouse-5 situation where he was constantly shifting between these nightmare scenarios with no hope of release or escape. 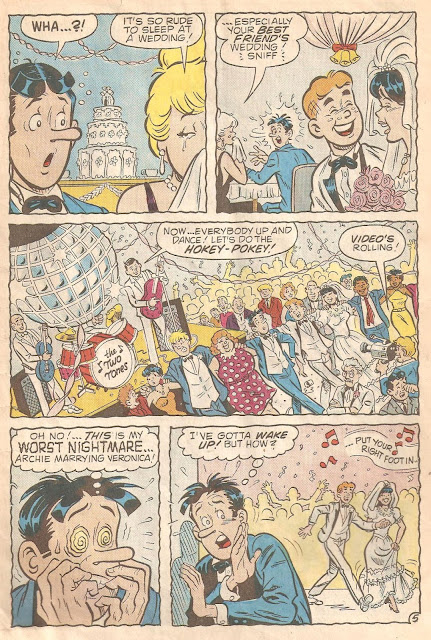 When Jughead is next woken up by Betty, he finds himself attending a certain event that some people would later divide some fans apart.  Naturally, Jughead doesn't take this new development very well.  As the old saying goes, one man's heaven is another man's hell.  So how does Jughead get out of this predicament?  He gets the answer, somewhat fittingly, from his subconsciousness.  The only way to escape this anti-lotus eater machine is by using dream logic.  Easily making the transition from Wonderland to Oz, which goes to prove that sometimes the basics are still the best.  It's also somewhat ironic that throughout this story, when he's asleep, Jughead's eyes are open more often than when he's awake. 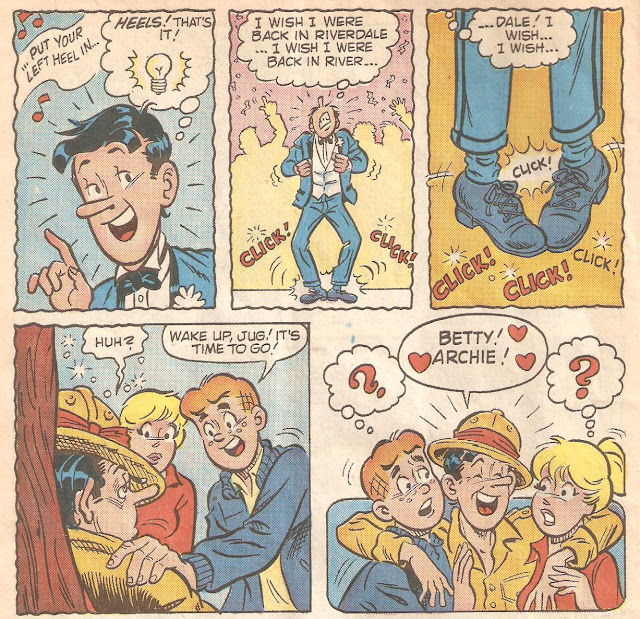 They soon go to Pop Tate's where Jughead announces that he's taking the pickle off his hamburger, "just in case" to the confusion of everyone there.  Therefore, the moral of the story is; don't be too experimentative with your combination of foods, lest you find yourself in a nightmare of your own making.  (Repeat trips to the bathroom not included)
Posted by DeBT at 8:23 PM