It's the start of a new school year, and that means it's also time for another batch of calendar pages. It wouldn't be a typical month if there weren't a gag that wasn't taken directly from Lynn Johnson's personal life that was reused for April later. 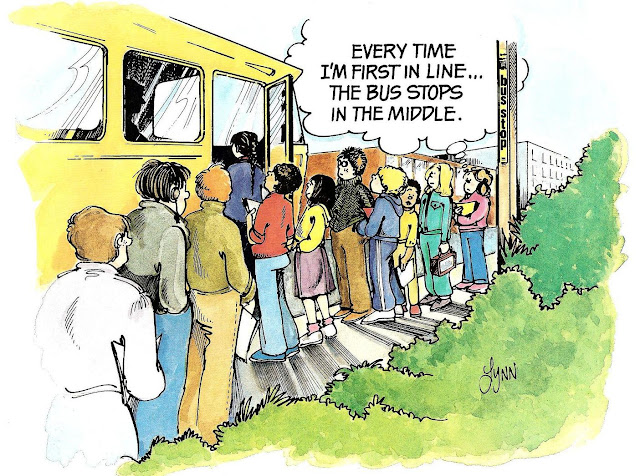 It's an exciting time for learning the same boring old stuff that's been taught for years by authority figures trying to drill the same lessons during an age where what you'll be taught will probably become obsolete by the time you graduate. 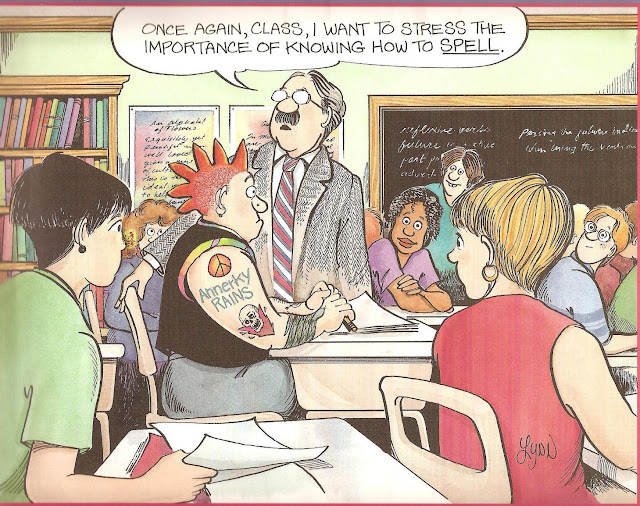 On the plus side, unless you're a grammar Nazi on twitter or 4chan, spelling doesn't count as much as it does these days, what with spellcheck and autocorrect doing most of the thinking for us. Posterity counts for something.

The trouble comes when you find out that the majority of the stuff that you conveniently forgot over the summer because you figured you'd never need to use it ever again, somehow becomes relevant to the new lessons, forcing you to relearn all the stuff you forgot in the first place. 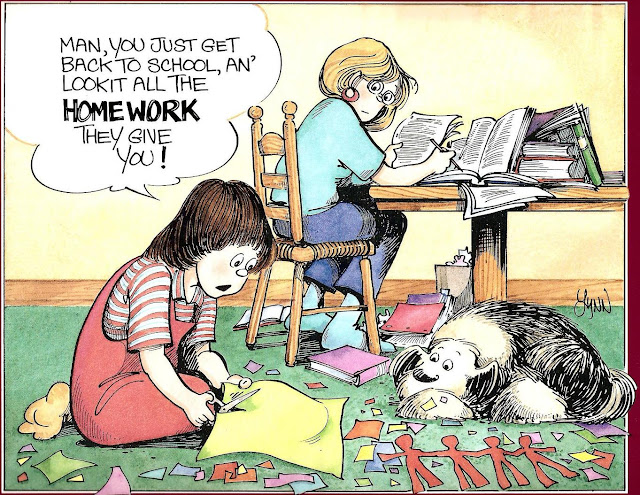 It'd be more helpful if they simply told us which lessons were mandatory, rather than having us figure out for ourselves and studying the miniscule homework projects up to the point of collapse.

Whether by coincidence or design, the Jewish New Year also starts in September, which kinda makes sense, given how much effort the faith puts into teaching. There's also intensive cleaning involved, which plays havoc with anybody who isn't germaphobic or naturally clean. 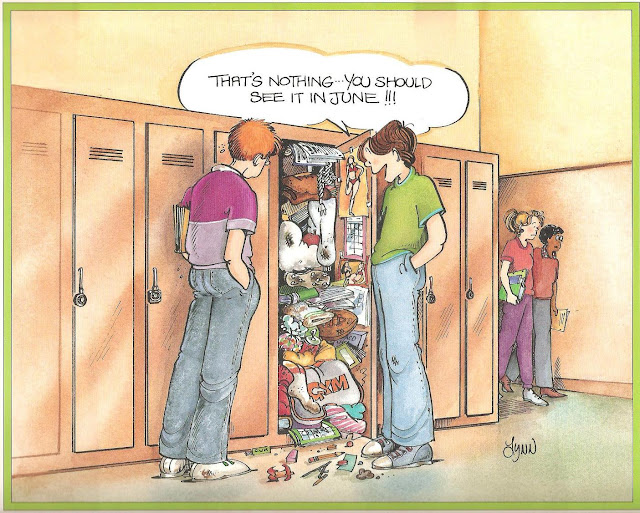 For some reason, some people think this is considered messy. In the same way that photoshopped edits of models in swimsuit magazines are manipulated in order to make them appear more attractive to the public, so too are houses generally given the old once-over from their natural state into something resembling order, because god forbid that anybody should see their humble abode as it actually is. It isn't embarrassing to appear less than perfect all the time - it's their natural environment and we shouldn't be ashamed for living in squalor. (Though the dishes should be taken off the floor, lest somebody step on them) 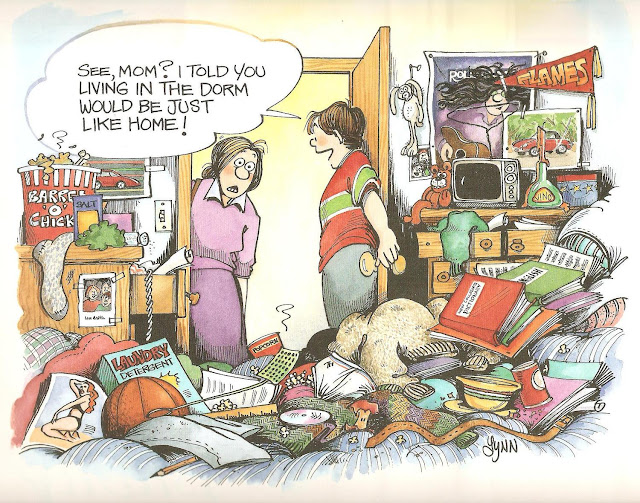 It's not disorganized if you know exactly where everything is. There's a logical system for everything and everything in it's proper place. Pretty much everything can be found in that pile in the corner, the important documents is near the flammable chemicals, the 3-month essay is buried somewhere under all that dirty laundry, and the dirty plates are right above the mini-fridge. It's pretty safe to say that I'm a natural messy person, which plays havoc living with neat freaks who prefer to have their stuff organized properly. The ironic thing is that I'm perfectly fine with organizing other people's stuff, but am notoriously bad at organizing my own. Having all this extra clutter can be an inspirational boon for mixing and matching various concepts and ideas that wouldn't naturally occur otherwise in a sterile clean environment. Now, if they could just find a pen to write down their million-dollar ideas...

As another cost-saving measure, the wastebasket doesn't have to be emptied if there isn't anything in it.
Posted by DeBT at 12:09 PM