One of the more memorable gifts I ever got for my Birthday was a MAD subscription from a friend of mine.  I was aware of its self-mockery and put-downs, though paid more attention to the cartoony one-pagers such as Don Martin and Spy VS Spy.  My mental capabilities were such that I would've preferred their rival, Cracked magazine better, because it focused more on children's cartoons, which MAD regularly ignored. 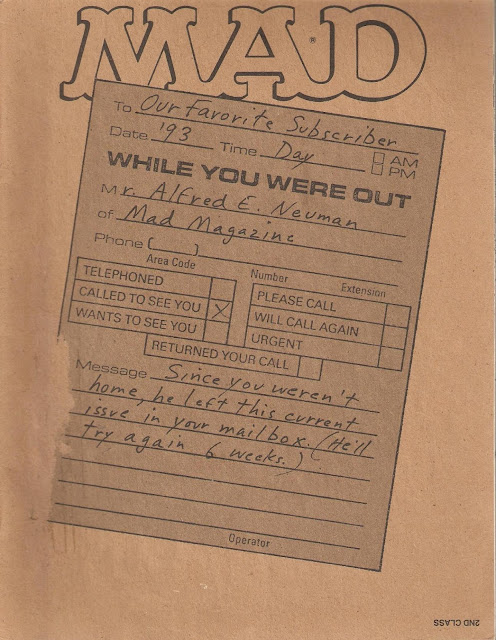 Upon getting word that I would be getting this, I wrote up a thank-you letter to the friend who gave me this gift, and jokingly asked if my subscription could be cancelled.  My letter was proofread beforehand, and it was pointed out that my request might've been taken seriously.  I hastily added an amendment at the end saying that I was just joking (bleh).  I hadn't quite mastered the issue of sarcasm and my intentions on my end would've been lost upon arrival, very much how online sentences without emoticons can be taken the wrong way. 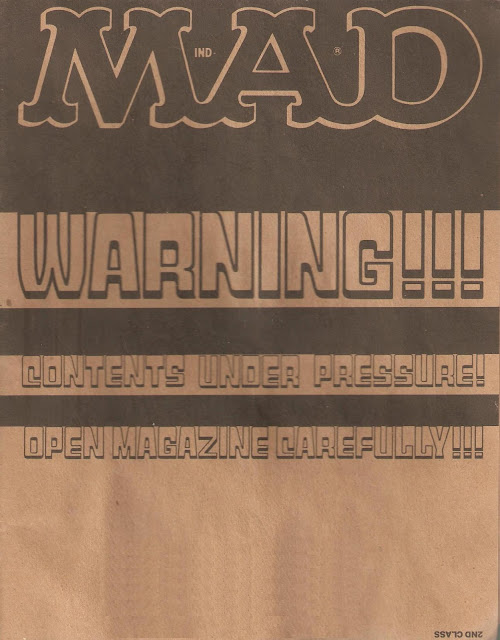 If that hadn't been caught earlier, I likely wouldn't have been subject to a certain humour magazine with a protective brown wrapper that displayed its interior contents for the whole world (or the postal service) to see: 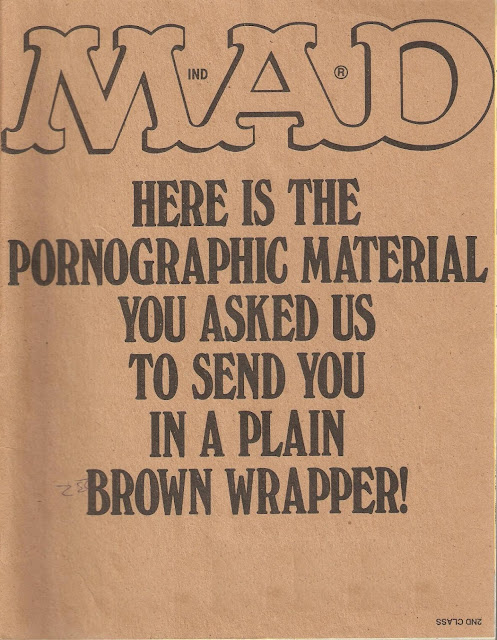 I was already aware that MAD had a sense of humour bordering on the offensive, though it was a sore point for other subscribers who didn't quite appreciate the tone of the joke.  Fortunately, my parents didn't mind, since they knew that I was incapable of ordering anything without their help.  Other customers weren't as lucky, as pointed out in a letter in issue #327.

Some of these wrappers had more elaborate use of their space, and would extend their images to include both sides of the wrapper. 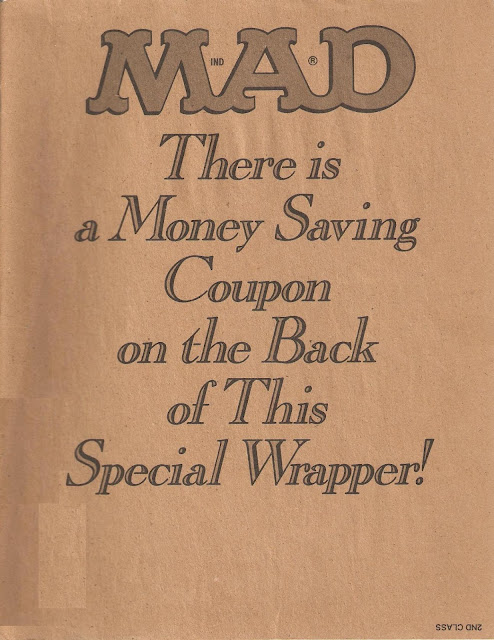 And here is the lovely discount card in all its glory: 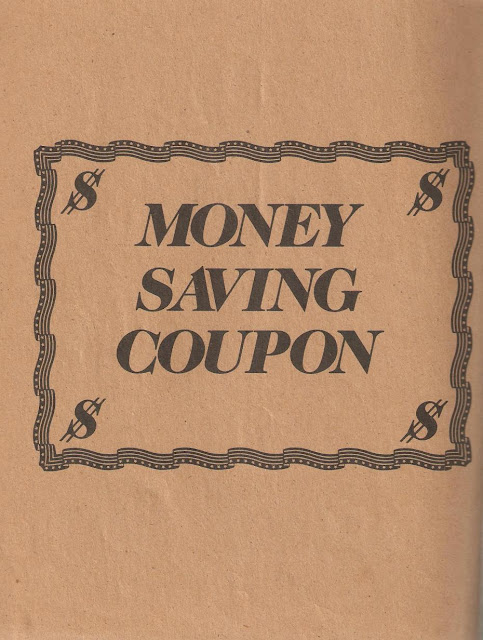 Mind you, personally, I thought it would be funnier if it were the size of a postage stamp in the middle of that vast spanse of space. 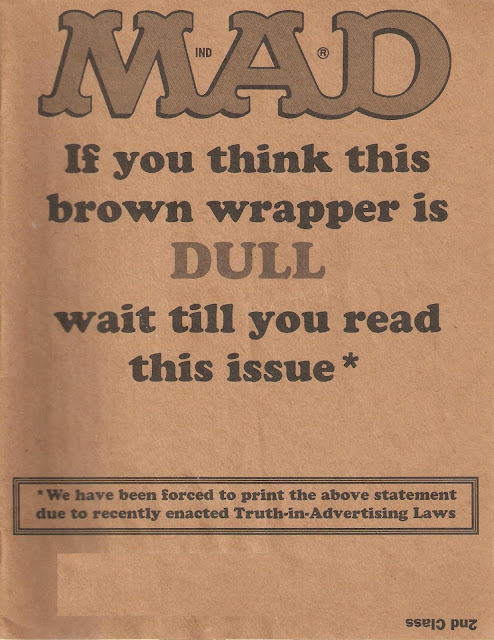 Not all the MAD covers were individual commentaries.  Some reused some previous concepts, almost on a monthly basis.  The MAD Zeppelin was delivered for issues #328 and #329. 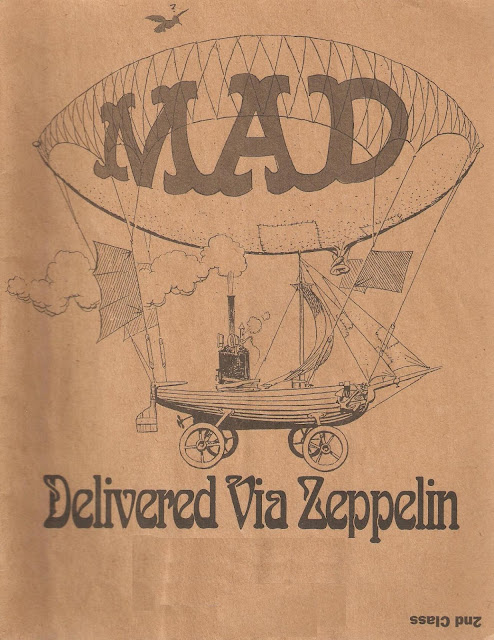 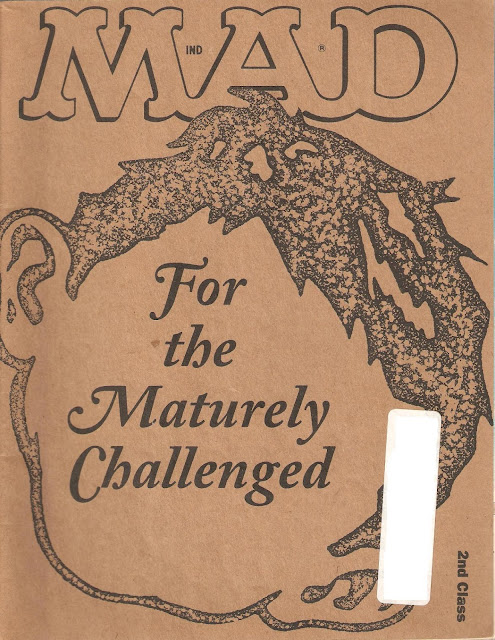 For the other covers, I was able to hide or remove my address stamp, but I'm unable to apply my rough paintshop skills here.  (Don't look too closely at the other samples)  To make up for that embarrassment, enjoy a pastiche of one of their more elaborate wrappers. 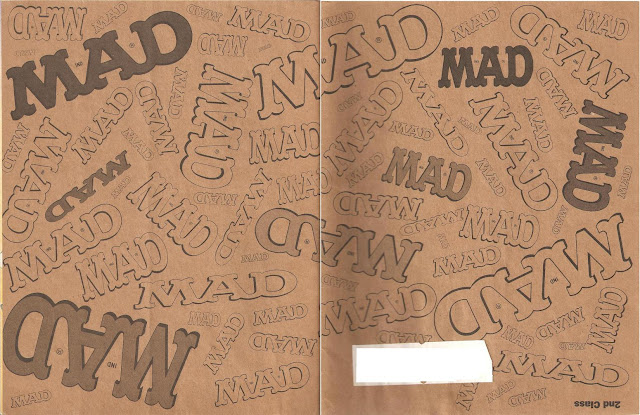 The back cover is filled with a pastiche of Alfred E. Neuman faces.  You're not missing anything much here. 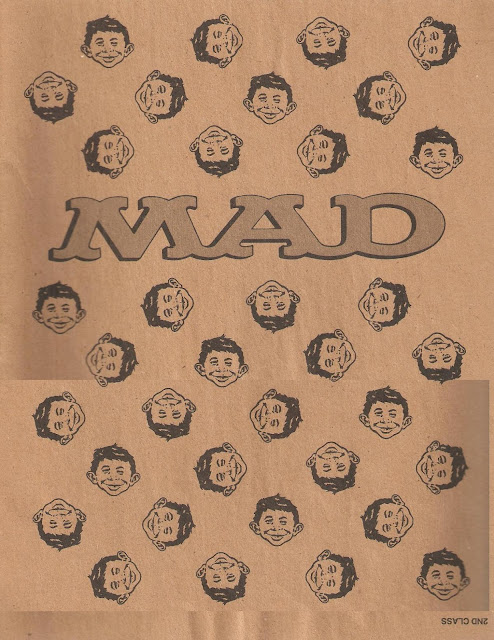 Though particular use for the protective covering was to eventually remind their customers that their issue subscription was going to run out.  Given that there was more variety in their wanting to keep you on, why would anyone want to settle for the two or three year plans, when you wouldn't see them otherwise? 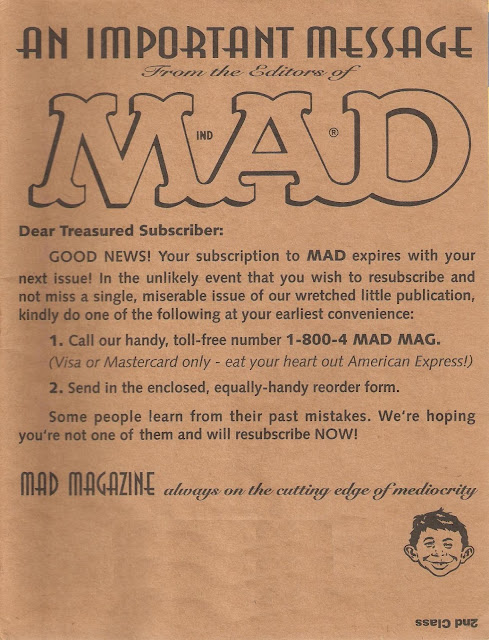 It's disappointing to realize that the very same magazine that makes a mockery of the establishment still requires payment like any other company. 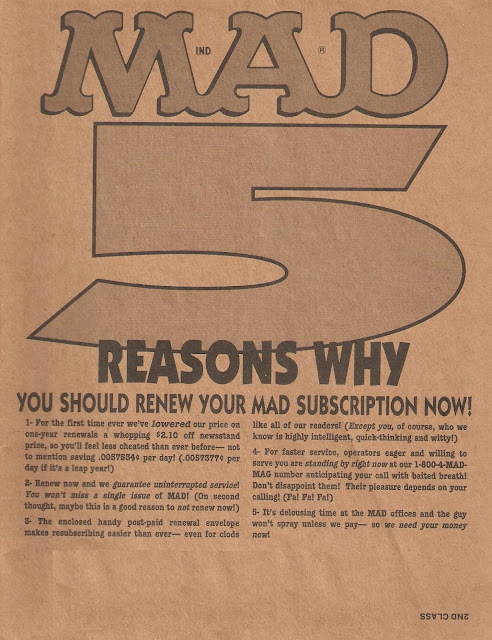 The loss of a comprehensive collection isn't exactly anything to lose sleep over.  This isn't quite on the same level of MAD fold-ins, but it still feels like a non-essential part of history that's otherwise lost.  I let my subscription run out because I was dissatisfied with how the mailman kept rolling it up in the mailbox, further making it more difficult to do the fold-in, since the pages were bent out of proportion.  As Opus the Penguin would say; "Notice how I went full circle on that one?" 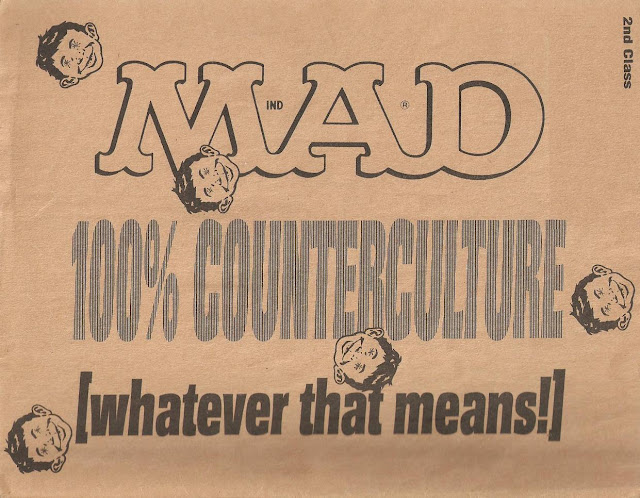 I continued to purchase future issues of MAD from the newsstand, thereby depriving me of the innovative covers, but giving me more choice at deciding whether to naturally stop picking up new issues when I felt I wasn't getting enough entertainment value.  After the 350th issue, I began sporadically previewing the inner contents to verify whether it was worth purchasing or not.  Needless to say, my MAD issues began to drop substantially after that.
Posted by DeBT at 8:22 PM