A Gust of Wind 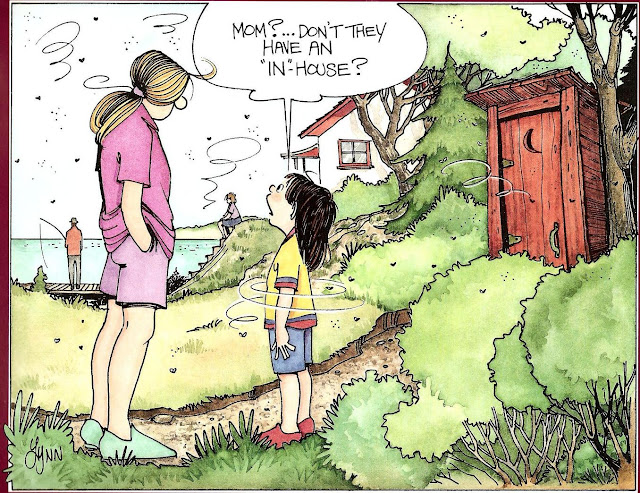 Not much to say about this month's theme, since they all take place in the great outdoors for one reason or another. Some reasons being more obvious than others.

These three comics below were also the covers to the 1986, 1992 and 1998 Calendars respectively. Since they all take place during the month of August, it makes you wonder if there's a specific pattern ther or not. 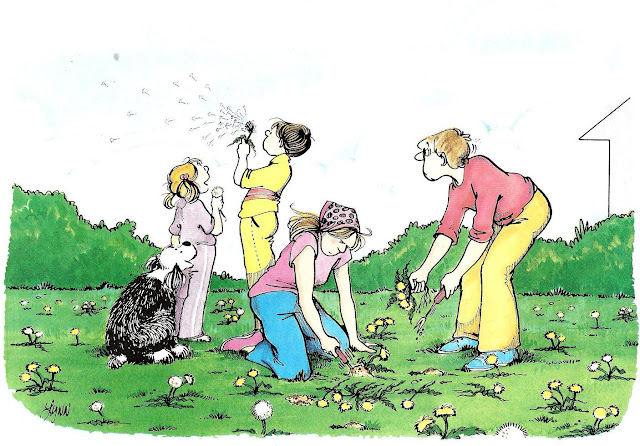 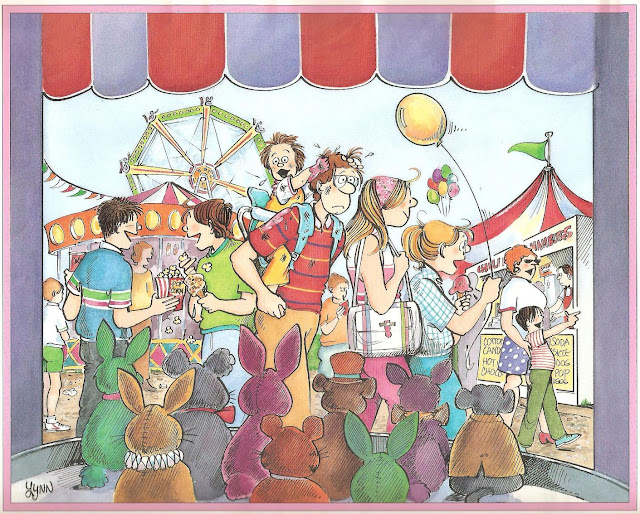 The extra drawing below are additional commentary to the main comics above. 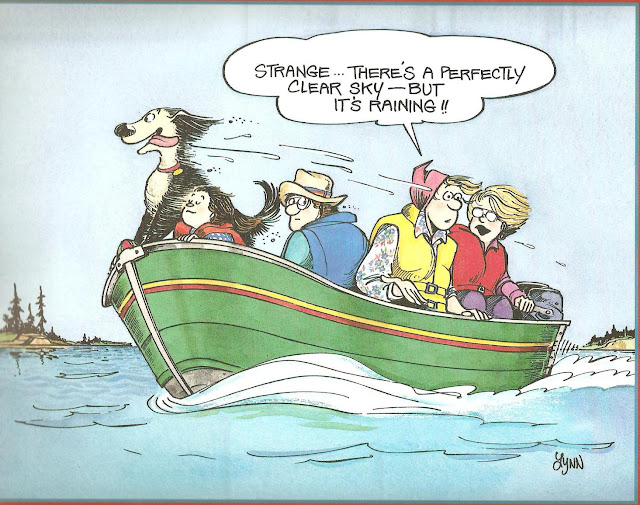 This, and the extra comic near the top are two of the rare instances where John goes fishing, an activity also occupied by Grandpa Jim.

This is probably the closest Lynn would get to showing "a little skin" for Elizabeth and Dawn, save for a certain Sunday comic, and a future calendar cover in 2003, with reruns inside. Compared to the 2003 cover, they're practically conservative here. 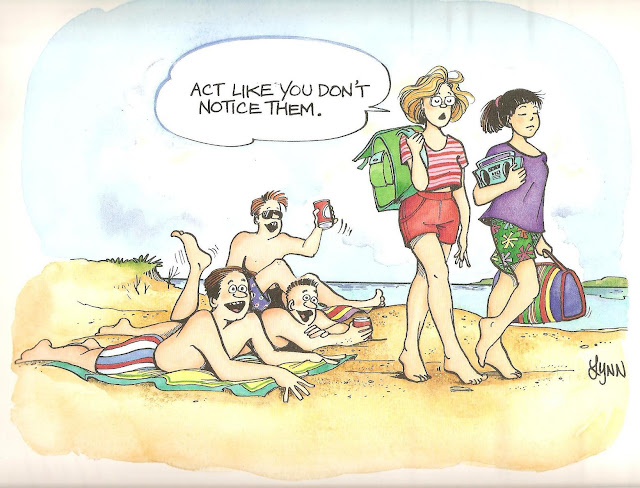 You're probably already looking up those images already, aren't you?