Playing, Swimming and Eating in July

July 1st, is a significant date to Canadians everywhere, because it means that the year's already halfway over, and we should get started on our New Year's Resolutions and plans that we've been putting off since the beginning of the year, but haven't gotten around to yet, because of outside distractions, work and family. It also means that Summer's halfway through, and we start acting like Calvin running around like a chicken sans head, we've got to pack as much activity in those brief months of blistering heat before the onset of familiar cold fronts come back upon us again. Though with Global Warming, the winters haven't been as brutal as they've used to be, which has kind of wrecked havoc with our Canadian sentiment of toughness in the face of brutal sub-zero temperatures, and have reduced us to simpering wimps in the face of a mild breeze. 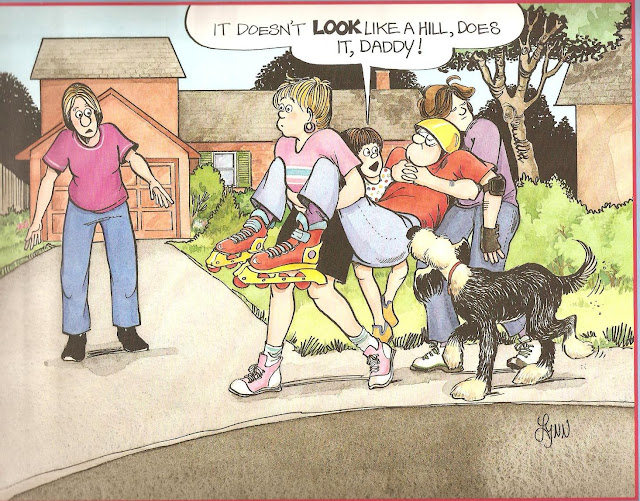 Oh, and it's Canada Day too. The fact that Canada Day and Independence Day are so close together despite celebrating different years is just another one of those odd coincidences separating Canadians from the Americans.

When I first saw this, I didn't see what was wrong with the offered swimsuits in Elly's direction. I thought they were reasonable choices for swimwear, since the model's bodytypes and the customer's looked basically the same. Goes to show I don't have much fashion sense, huh? This is another theme that was heavily borrowed from Cathy, along with her two close friends, Charlene and Andrea, who were direct copies of Connie and Annie. 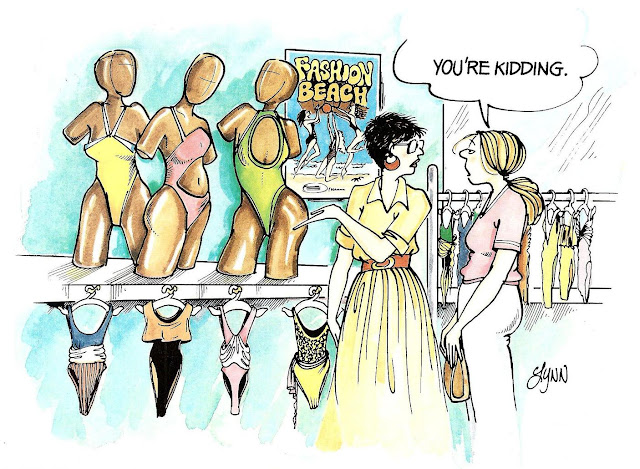 This is also one of the rare instances where the extra image below matches the theme of the main cartoon above. 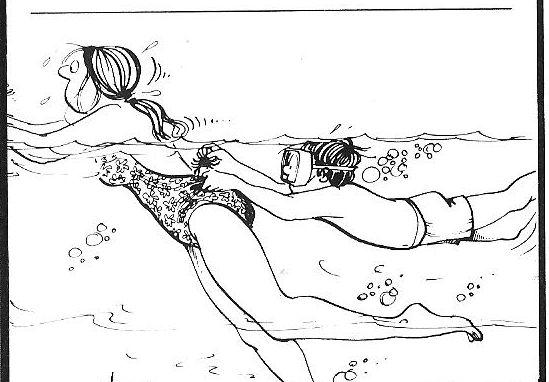 Here's a true story; when my sister was young, she was something of a tomboy daredevil, and enjoyed climbing up high places. My parents had to barricade the shelves and counters, because she would constantly climb up them and precariously teeter herself dangerously close to the edge. One time, my parents were at the tennis club when they suddenly noticed that she was nowhere to be found. A frantic search was conducted which concluded when they found her at the swimming pool next door. Somehow, she'd managed to climb all the way up to the top of the high-diving board where she promptly fell asleep. Fortunately, she was found before an unfortunate accident occurred. 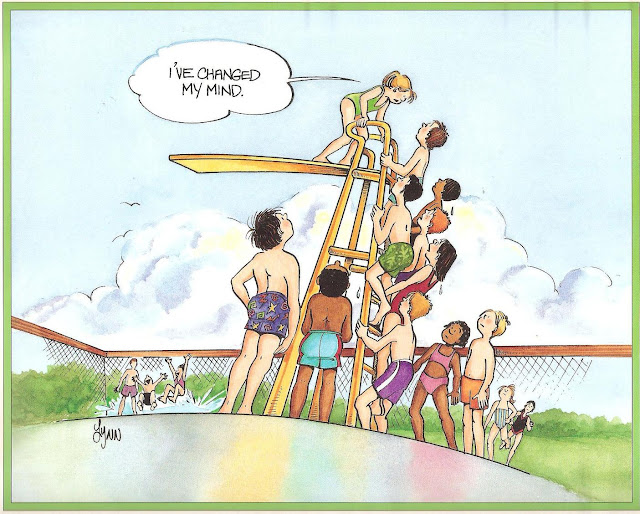 The kicker? This all happened when she still under two years old.

Yes, she somehow managed to make her way all across the tennis court to the swimming pool to up the rungs of the ladder, all without anybody noticing a lone baby acting without supervision.
The result of this was that the pool installed a safety net around the diving board just in case anybody fell off the wrong side and damaged themselves on the pavement below. 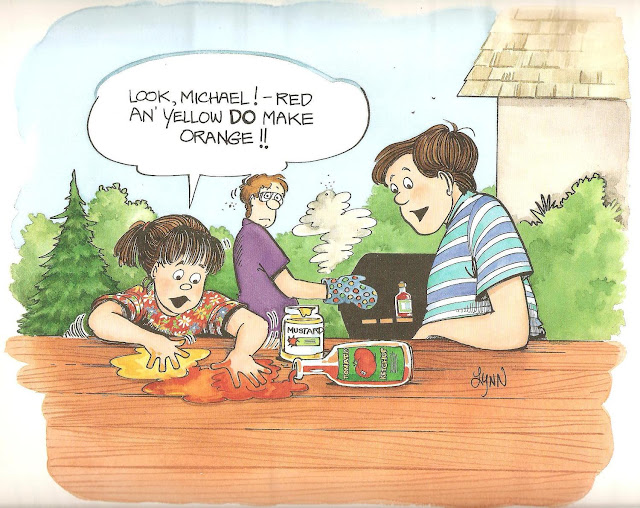 My sister's always been more adventurous than me, and I've been jealous of her for being so. The ironic thing is, back when we were children, I used to be more outgoing and friendly, and my sister was more conservative and hated the slightest change in routine, such as removing a carpet. She cried for months after the fuzzy layer was removed, and was only consolated by keeping a piece of leftover fabric nearby. She also expressed similar sentiment upon news that the wallpaper was going to be replaced, and once the new wallpaper pattern was on the wall, she expressed her resentment by marking her height with a large X on the new wallpaper. That mark is still there today. In addition, she was akin to keeping various oddly-shaped sticks she'd found lying around in her room, leaving the surroundings looking like a miniature indoors forest. With that kind of temperment, it's not surprising she later grew up to be an artist. 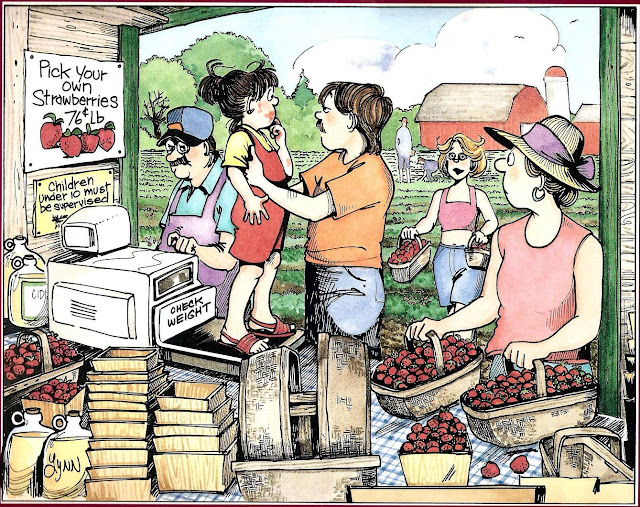 Here's the second time Michael shows up with a mustache in a cartoon that looks oddly familiar. I wonder where we might've seen it before? A lot of the old FBOFW Sunday comics that hadn't been reprinted were reused with April taking the place of Elizabeth's role.