In my last post, I lamented how characters in Sunday comics don't convey a lot of motion while talking, which seems like something of a waste. All the extra space compared to the dailies would seem to give them more opportunity to play around with the modern conventions and play around with the constraints of the comic strip page. However, constantly showing various styles of motion can be physically and mentally draining, which could explain why they don't show up often. That's not to say that these occurrences never happen, but when they do, it's a feast on the eyes. 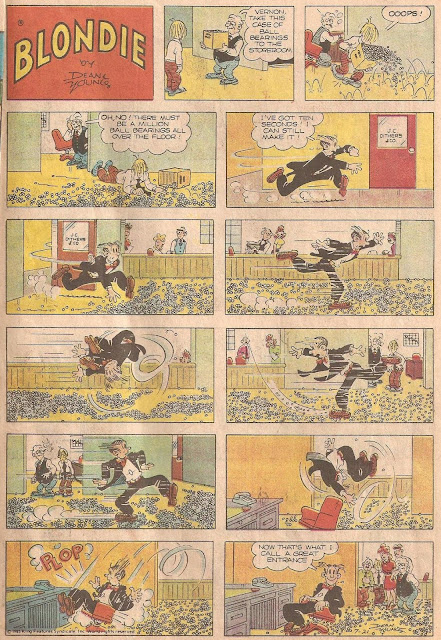 Another instance is when Dagwood chases after the bus whenever he woke up late. That's not the kind of thing you're likely to see nowadays now that he's carpooling with his coworkers, though they're just as likely to leave without him, leaving him to play catch-up. 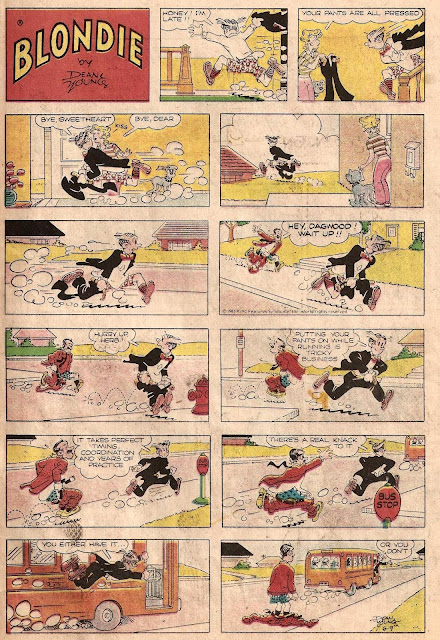 The great thing about the strip below is that you never even get to see Dagwood in this one. For all we know, it could be the Flash making a cameo appearance down there. That, or Blondie's married to a gust of wind. 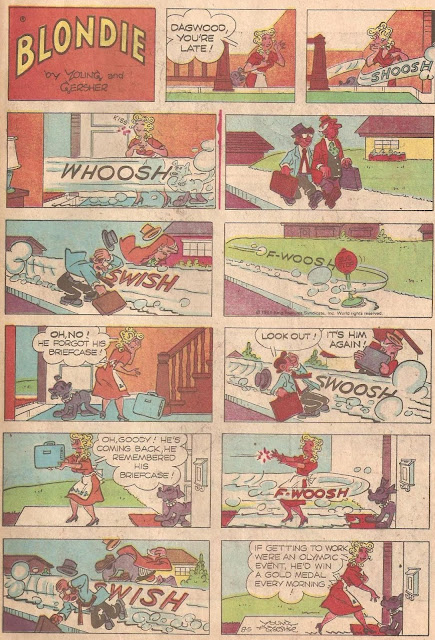 Blondie isn't the only strip to rely on motion lines, though from these samples, you'd think that no other strip had such an obvious mad dash to get to their destination on time. Back before Manga speedlines became all the rage, there were other more covert ways to convey movement by having thick motion lines that would go all across and around the panel, forcing your eye to follow the line of progress all around. This was something that Bruce Hammond of Duffy / Orbit fame did with great abandon. 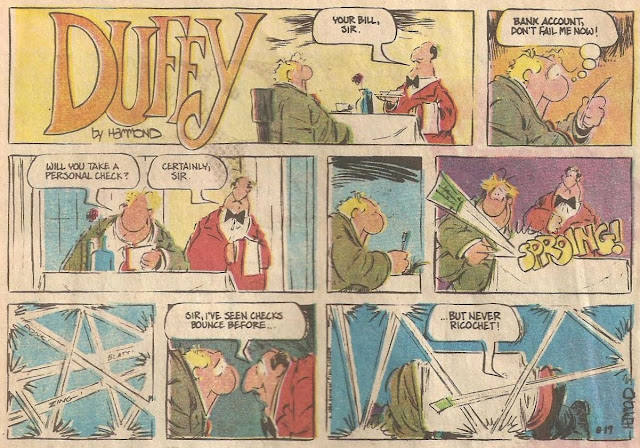 It's a little ahead of schedule, but this Orbit page was going to be used as a sample of rapid movement. The Orbit Project is slowly but surely, finding various newspaper clippings on a glacial basis. The individual dailies looks rather childish when presented all on its own, but when they're read in rapid succession, they make for fairly indulgent reading. I'll do another Orbit update once there's enough new material to justify doing so. 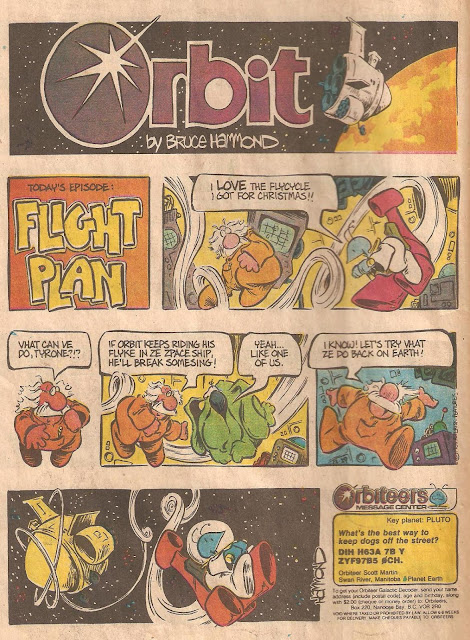