One of Shoe's reoccuring themes that fit perfectly well with Jeff MacNeilly's mini-essay format on the Sunday page was through Skyler's answers to his various school essays. 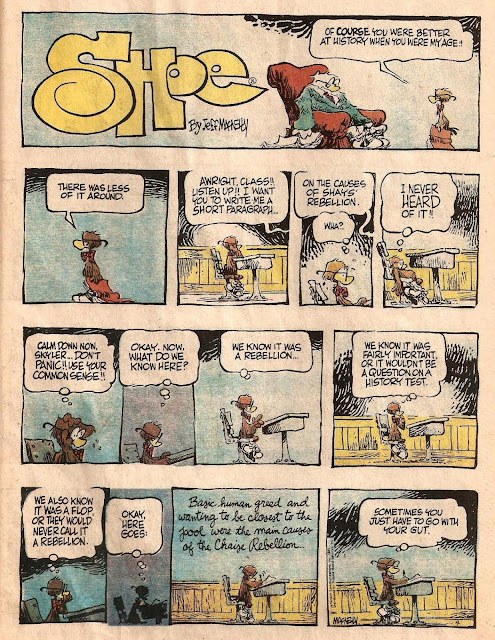 While the main enjoyment from these essays was Skyler's rationale in finding ways out of producing answers to questions he plainly had no idea of (and went further than just filling up the page and word count with multiple descriptive sentences that revealed absolutely nothing), the major source of humour from his essays were mainly in cursive. It wasn't until I was taught the activity of doing fancy looping writing that I was able to decipher what Skyler's sentences actually meant. On those occasions where Skyler provided his thought process in between lines, I was able to gleam only part of the message. 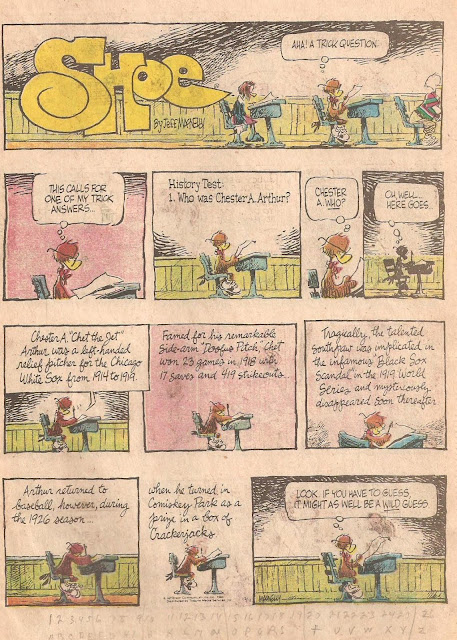 One particular linguistic lingo that I heard ONLY in Shoe and nowhere else was that their pencils/pens were called "shovels". Would this have anything to do with the urban legend of how Abraham Lincoln used to do his homework on the back of a coal shovel? 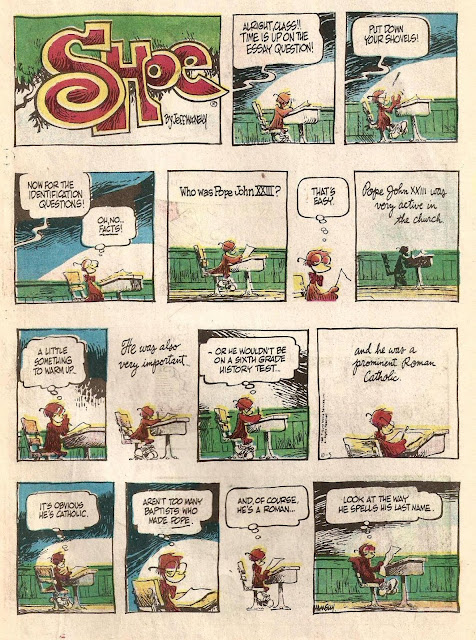 I always had trouble doing book reviews in school, because there was always a certain ordered ritual to doing these things that kept me from doing a purely accurate review of how I actually felt about the book. I was too focused on doing a checklist of making sure the title and author were present, a concise summary of what happened (which I always found impossible to cohesively summarize) and a conclusion of all the above points into one brief paragraph. In addition, I felt that if I ever gave a report revealing my true feelings on the book I was forced to read, I would've been flunked on the spot. 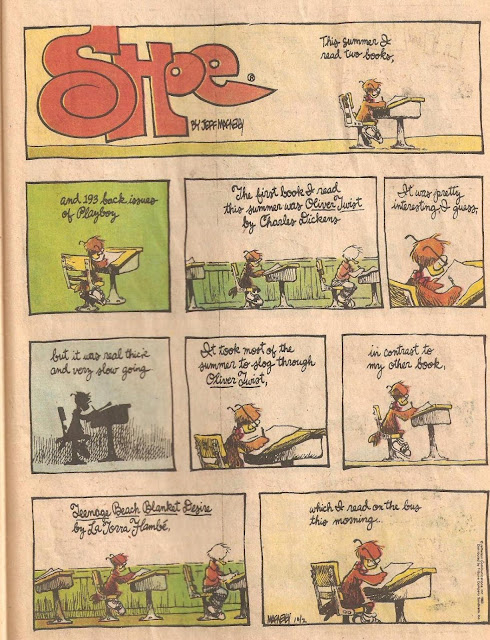 This last one I relate to more than when I first read it. At the time, I couldn't comprehend how anybody could possibly prefer wanting a bunch of forced boring homework to do when there were all kinds of fun activity just waiting to be discovered? Now that I've actually graduated from school some years ago, I'm now finding that I'm starting to be nostalgic for a pastime I'd rather loathed. Even though there was the daily routine of having mind-numbing and soul-crushing activities weigh heavily on my mind, I miss the mental challenge in trying to do as much work done possible with the minimum amount of effort. 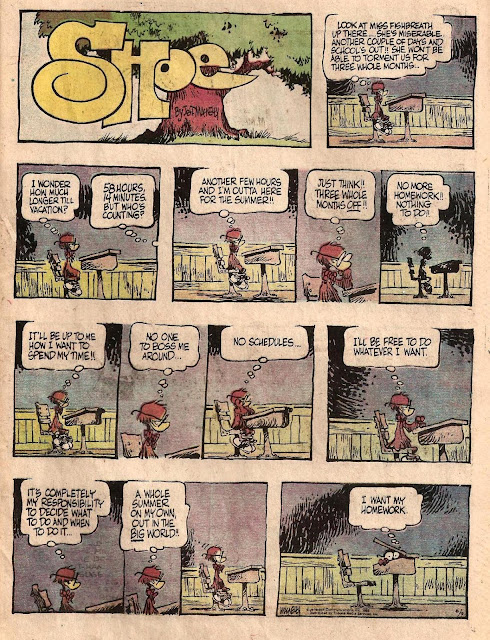 On my own, my imagination flourishes, but without somebody out there to give me a direction to focus all that untapped energy into, I'm lost. I need a compass, not a roulette wheel to guide my direction, even if I'm kicking and screaming the whole way. At least I'll be producing something entertaining. 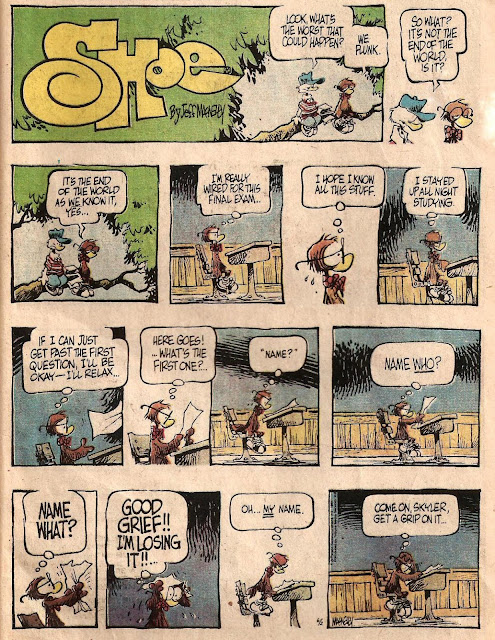