Here's the first half of the second Red Ketchup book, Ultra Kamarade. Like Cerebus and The Sandman, the second collection of Red Ketchup was released first, because it was considered the better representation of the character, compared to his first impression. Considering the lukewarm reaction to the first book, I'm guessing the second one will be better recieved, even though I practically spoiled everything that happens in my mini-review.

Originally, I was going to wait until a certain amount of time until I finished the whole book, but both I and my translator LeChatVert have been too busy with other personal stuff to get around to it. If there's stronger demand for more, we'll probably devote more time to the project. No promises.

The other reason was that I was hoping that a certain image of mine would come up first.

When Mike Sterling was giving additional comic examples from his Then... KOREA blog topic, I was inspired by some of the other reader's entries to submit my own try at the mash-up. Although I'm only mentioned by my first name, I can assure you that Funky entry is mine. However, now that he's reduced his daily entries after his computer scare, and there doesn't appear to be any more Then... KOREA entries, I might as well show you what was my intended second entry: 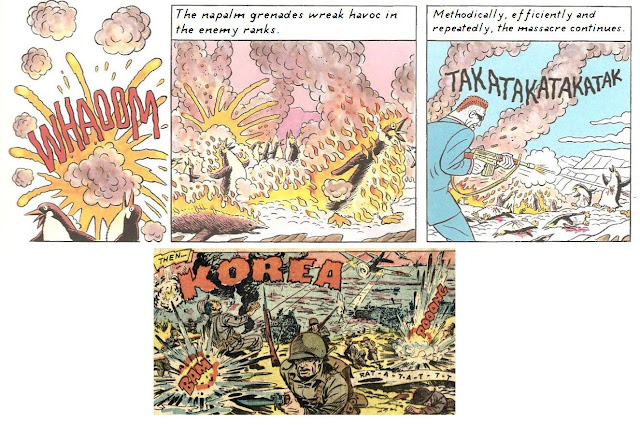 Before giving the download link, in light of the upcoming CISPA (Cyber Intelligence Sharing and Protection Act) which is considered the next SOPA, here's a mandatory warning message from our unfriendly FBI representative, giving what is probably their least effective detractive tactic. 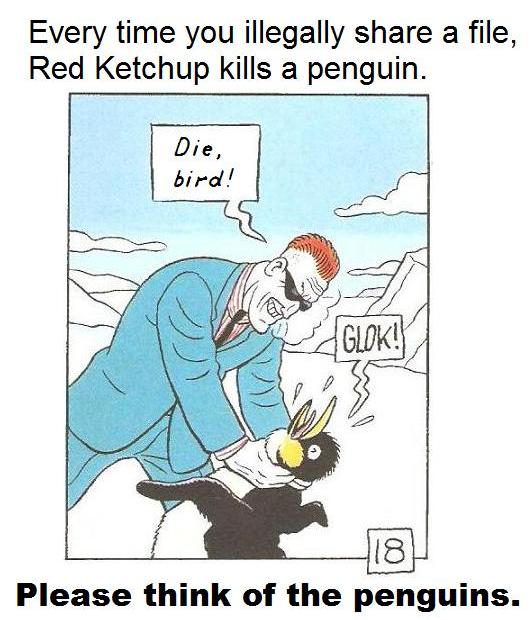 You have been warned. If penguins worldwide go extinct, it's all your own fault.
Posted by DeBT at 3:50 AM