For the 85th Anniversary of Asterix, some scans were recently released in conjunction with some author’s interpretations of the famous gauls in the form of two books: Asterix & his Friends and Uderzo. However, these scans were drawings that were only hinted at, but never shown fully in the Asterix and the Class Act album. 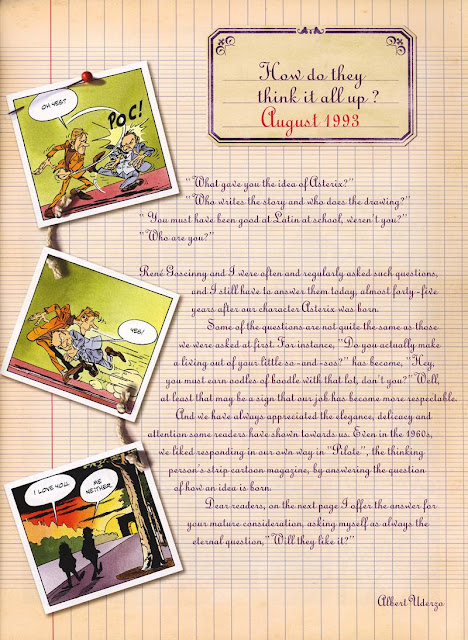 This brought up a certain complaint of mine that I have with some reprint licensed properties - sometimes not everything is published from the original comic. In a lot of European comics, there are some pages that are left out to save on publishing costs, such as in a collected omnibus that’ll give the customer more bang for their buck, they’ll leave out the other covers of the original volume, and only choose one. On the one hand, it’s a fair marketing move, but it still saddens me that there’s some artwork that’ll otherwise go unnoticed, save for the fanatic few who insist on having multiple copies of the same book in various languages to get that ‘authentic’ feel for the product. 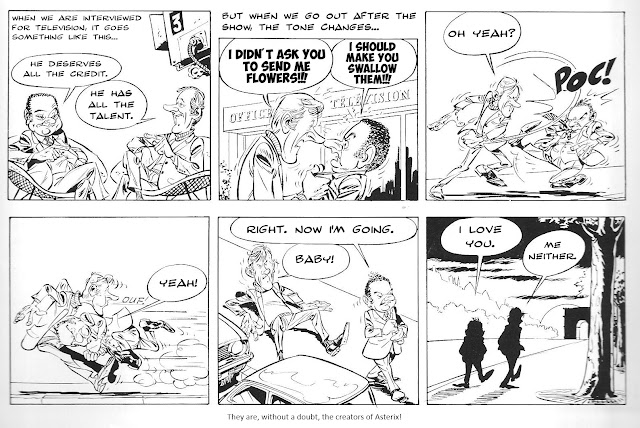 The original covers for David B’s Epileptic (L'Ascension du haut mal) started out with the autobiographical subject as kids that eventually grew older with every new cover, as well as increasing number of Mayan-like drawings that threatened to obscure the material, until the 6th book when the Epileptical beast on the back cover overwhelmed everything to the point of blacking out everything in the background. The English cover is basically a combination of the 1st and 4th covers. 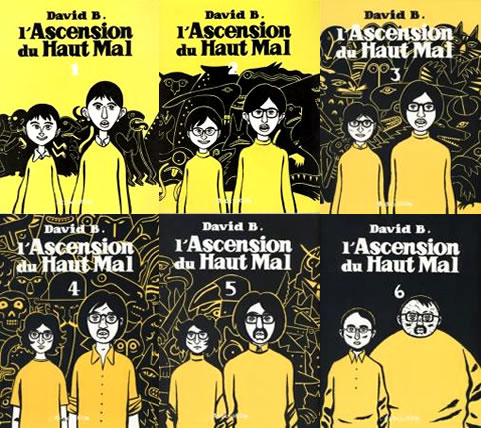 Sometimes the interior and back cover can complement or summarize the contents of the comic by either using a singular picture or minicomic, where other publications would be content with giving a detailed transcript that’ll give ineffective typical teaser sentences such as “Will General Patton be able to stand a chance against the rampaging horde of a thousand soldiers bearing down on his already depleted army?” Oftentimes the old adage “A picture is worth a thousand words” works very well in this context.

For instance, Les Psy (The Shrink) who has a hairstyle that looks like an Anime character who’s suffering from premature male pattern baldness. While his general bedside manner isn’t quite on a level of Paul Weston from In Treatment, he certainly has his unique way of dealing with his various clients. (The facial expressions he makes when he’s upset don’t hurt the humour either) In addition, each cover tells a story that’s not just restricted to the front page. Here, the cover for the second book, “Talk to me!” has said shrink talking to his mirror image. 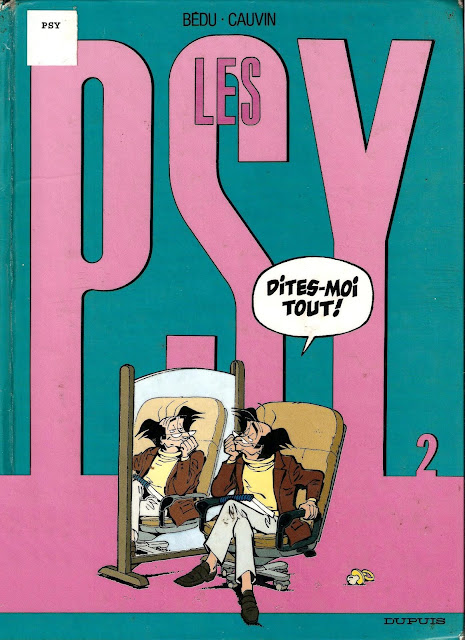 On the back cover, we see for some reason that the very same mirror is smashed in. 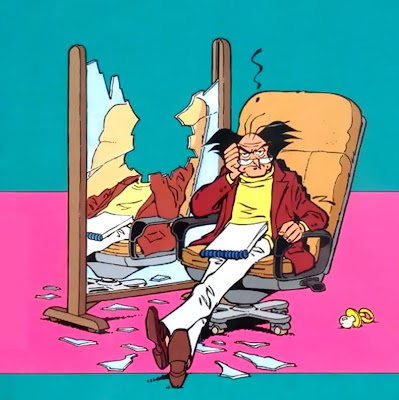 It isn’t until we open the book itself and see the interior cover that we find out what happened in between. This gives an added incentive to flip through the pages and be exposed to a comic that normally wouldn’t’ve been given a second look. This is an alternative factor for wanting to see the story behind the cover issue - wanting to find out what happens in between panels that’s only revealed within the inside. 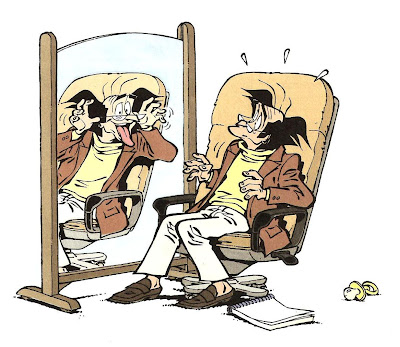 Another such instance of the interior “telling a story” can be reflected with the layout for the inside cover art. Some of the most famous examples are the Tintin gallery of fame, Asterix’s concise summary (Asterix punching a Roman sans sandals into the sky proclaiming “These Romans are crazy!”, Obelix saying he’s feeling a little weak, and Getafix refusing, since he fell in the cauldron when he was a baby), or the Smurf’s random pairings. A good example that was left out would be the two interior pages that were in the French version of The Bellybuttons.

...and the end cover showing the results of the previous example.

In some cases, it’s understandable why certain images may or may not be brought over. The magazine the comic originally ran in may not be available in the country it was transferred over to. Very often at the end of an album, it’s not unusual to see blatant advertising for said magazine. 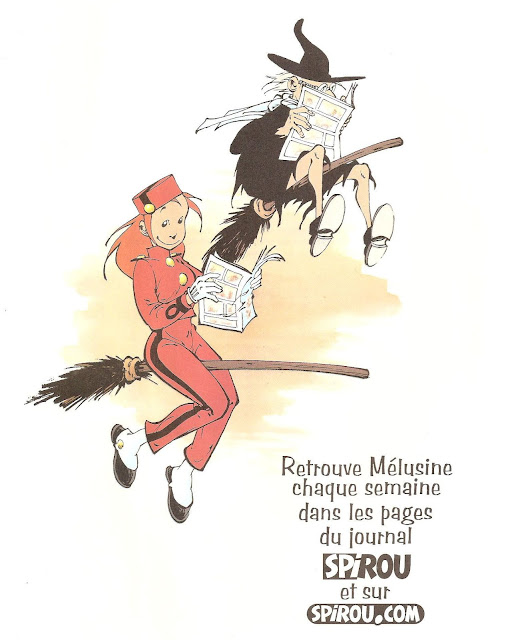 Of the books released so far, only the 3rd Bellybuttons book had the concluding image, because it revealed a vital secret behind a certain tall dark stranger that was only hinted at since the series’ conception. (And no, I’m not going to tell you who or what it was) 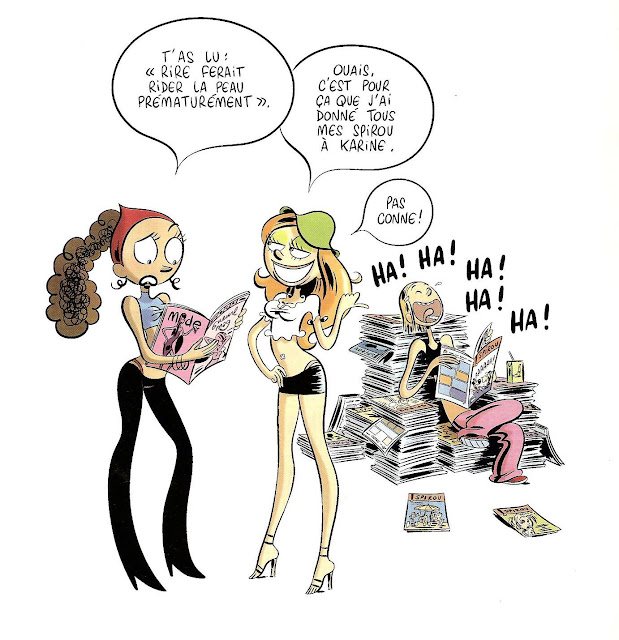 Even Manga isn’t safe from this omission. Sometimes it’s impossible to include every image that’s part of the book’s interior. There may be gag comics that’re hidden via the wraparound cover. There may be written diary entries in the margins. There may be magic-eye patterns that're only visible by dissolving the paper in salt water. Depending on the company, you'll either get a faithful translation that'll leave the sound effects alone, or a complete touch-up job that'll replace the essential sound effects with American ones. In 20th Century Boys, the chapter names were represented via cut ‘n paste letters typical of amateur ransom notes that kidnappers used, but this is nowhere to be found in the official version. 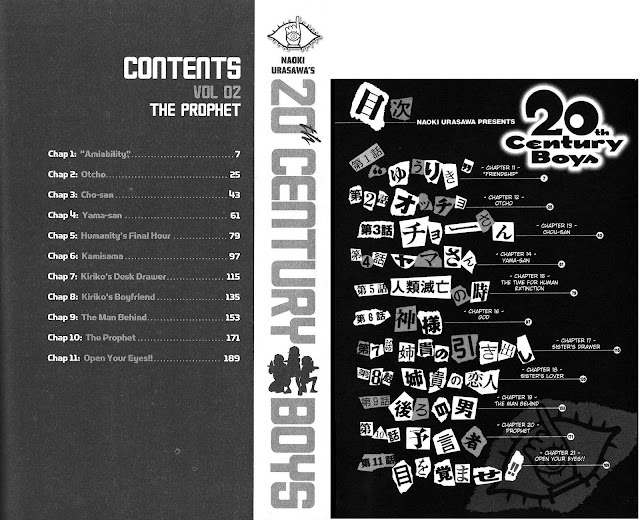 Likewise, in Eyeshield 21, the funniest Football Manga (also arguably, the best football Manga, but it’s the only one I’ve seen apart from that single page in Manga Manga! of a football player going up against a giant emulating a battleship) had unique cast and preview pages that varied with every book, where other series would be content with repeating stock images over and over. Translating the majority of these illustration-heavy pages was a feat that’s as daunting as it was intimidating, but somehow the job was done. But starting from the 3rd volume, the table of contents were also given their own unique voice, and these were left out, even though the French volumes had them. It’s that reluctance to go that extra mile that gives me pause. 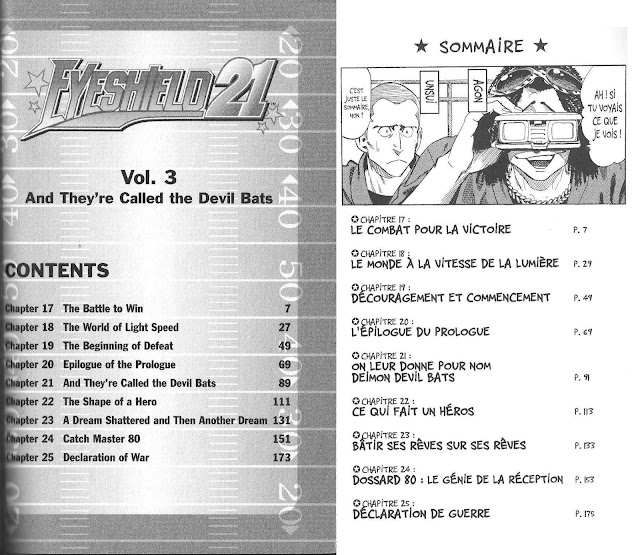 For some reason, the French publication also had a double-page spread of a Texan team at Darrell Royal that wasn’t included in the English version. 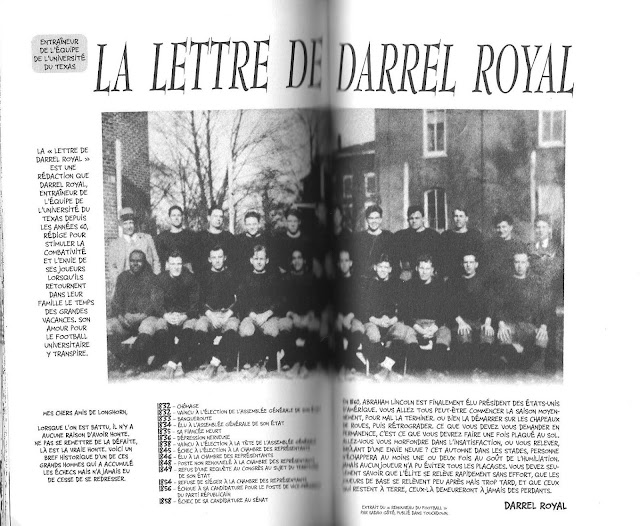 Also, I’m conflicted with the “clean” Bleach covers, which seemed to start out of a necessity for wanting to prevent any concerns about intentional misspellings on the covers, which gives them a certain flavour of their own. Part of the appeal of Bleach’s rapid-fire pace is also the poetic chapter titles that can show up about five pages or more after the story starts. Even so, I imagine it couldn’t have been that difficult to modify the second cover THAT much. All you’d have to do is move a few letters around, and create an ‘H’ in a similar font to create the correct spelling. They were able to do so for the interior title in the box - why couldn’t they do the same for the exterior? They could’ve at least left the volume numbers intact. So far, their edits seem mainly concerned with covering up a certain amount of underboob for some of the later volumes, particularly no. 34 and 42. (You know which ones I’m talking about) 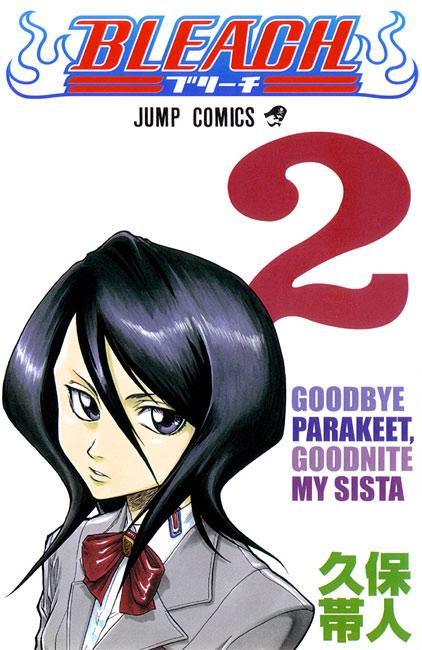 But so far, my greatest regret is the toned-down version of the collected Marzi books, which was made up of five albums. Only the 2nd album cover was used, and there was none of the interior artwork, such as Marzi’s internal feelings on the events that was happening around the time the current events were taking place. 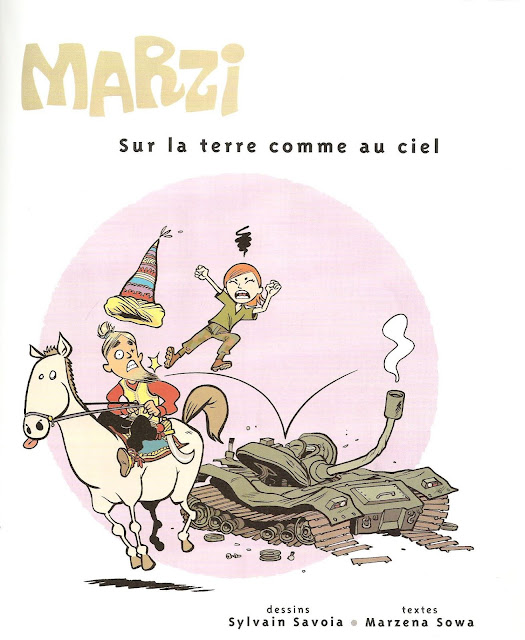 Another concept I particularly like was this representation over the topic of religious persecution, which was first shown in the upper left hand corner of the interior album cover... 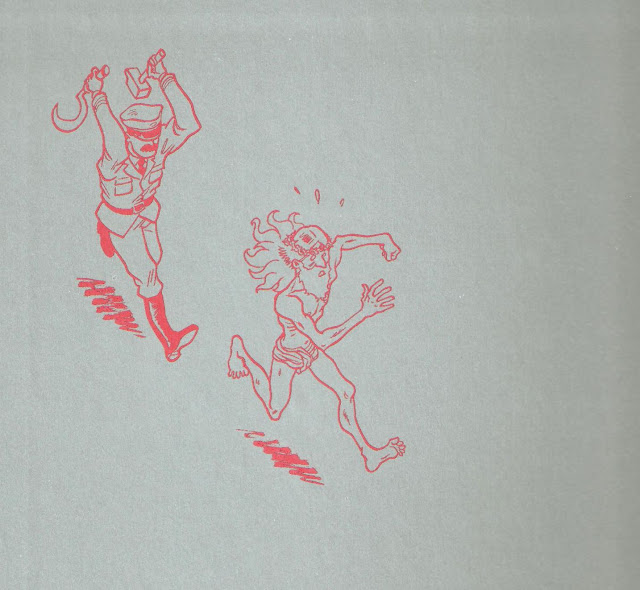 And then concluded with a final commentary of same. 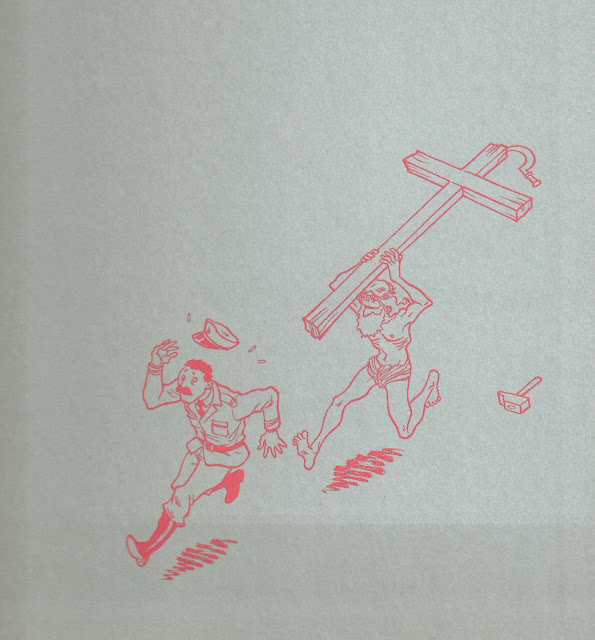 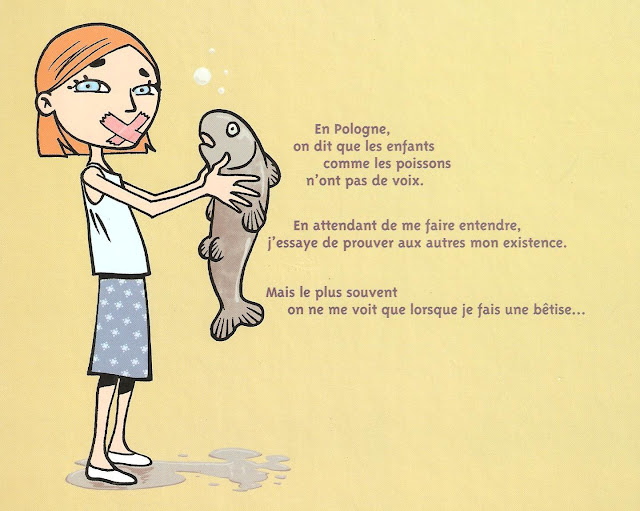 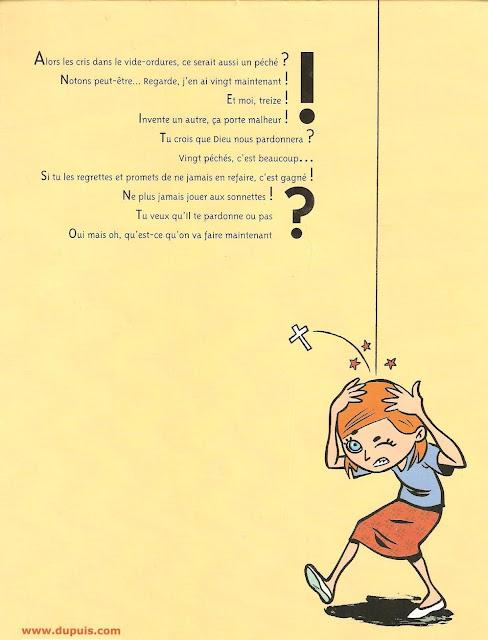 Especially lamentable is how muted the otherwise colourful artwork was, compared to the original, which put everything into a shade of depressing grey. This dulled effect also made it difficult to make out Marzi’s otherwise large blue eyes which seemed paler in comparison. When I say Marzi was toned-down, I don’t mean that they played down the events that happened in her childhood (though what happens isn’t entirely memorable), but that the tones were literally reduced. Here's a sample of the English version... 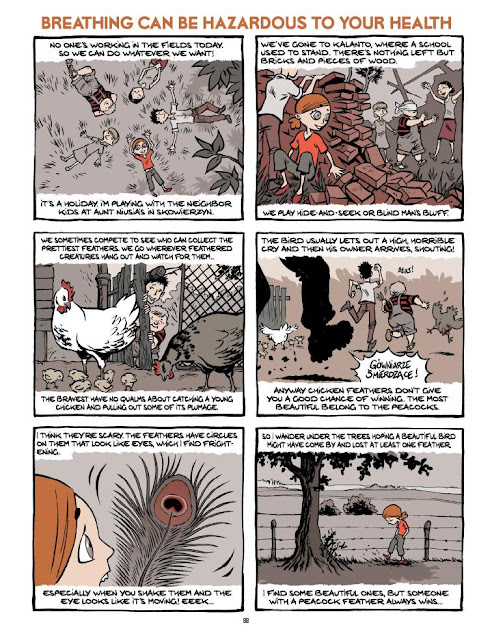 And here's how it appeared in the original French. See the subtle difference? 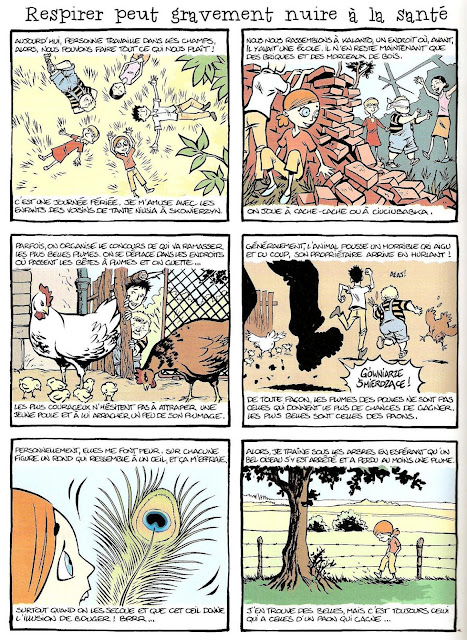 This could partially explain this negative review of Marzi sticking to a rigid 6-panel grid for every page. Another issue is that it originally ran in the pages of a children's comic magazine in Europe, which could account for some of the symmetrical topical subjects and overall blandness. This image from the All-girls's Special edition of Spirou Magazine has a few added extras that weren't present in the final version. Can you guess what they are? 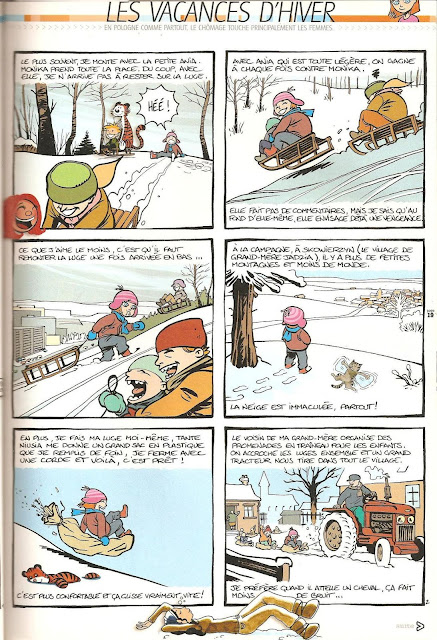 All in all, I feel a certain kind of regret with the knowledge that there will be comic readers out there who won't know about the existence of these extra images. If they're casual readers, then the chances of them coming across these images falls even further exponentially the longer they aren't exposed to them. The responsibility of getting these missing images out shouldn't have to fall on the hands of the fans alone. 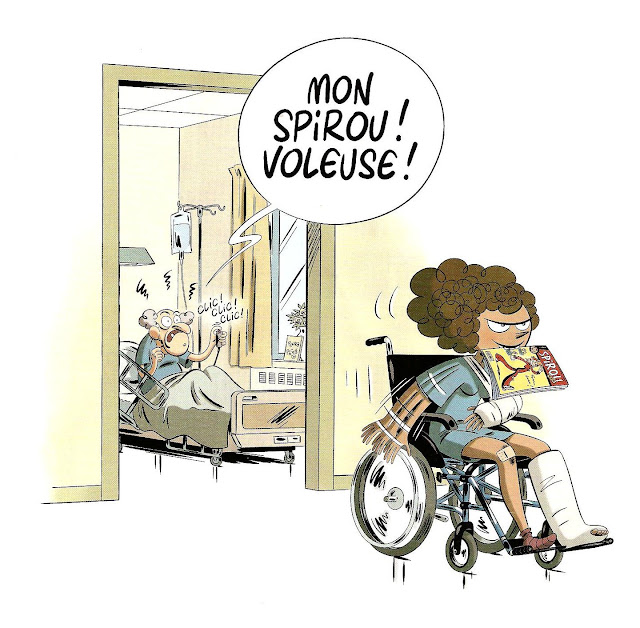