While reading today’s Cul de Sac, you would be forgiven for thinking it’d been replaced by Pearls Before Swine. The two cartoonists have been close friends for a long time, which is strange, since the two strips have almost nothing in common. One is more lavishly drawn imagination of children, the other is stock poses and awful stringed-together puns. Though this isn’t the first time that the creator’s work have “crossed over”. 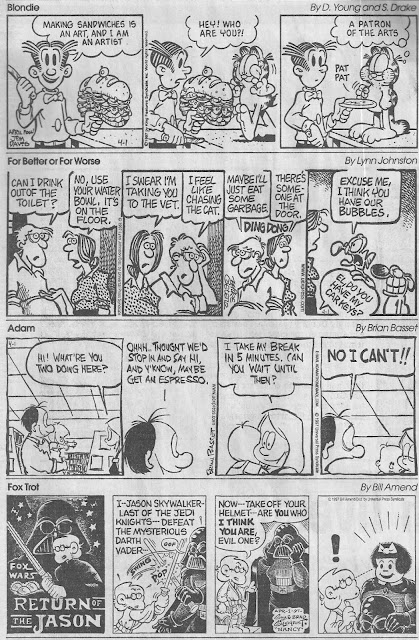 Actually, artistic fill-in this is just a smaller version of a larger phenomenon that hasn’t been seen since the great Comic Strip Switcheroo of 1997. For that day, over 40 cartoonists decided it’d be fun if they traded each other’s strips with another’s for one day. This one-shot moment was an interesting experiment, and a welcome reprieve from the usual torrent of news that we struggle to figure out are being truthful or not. For some of us, EVERY DAY is April Fool's Day. 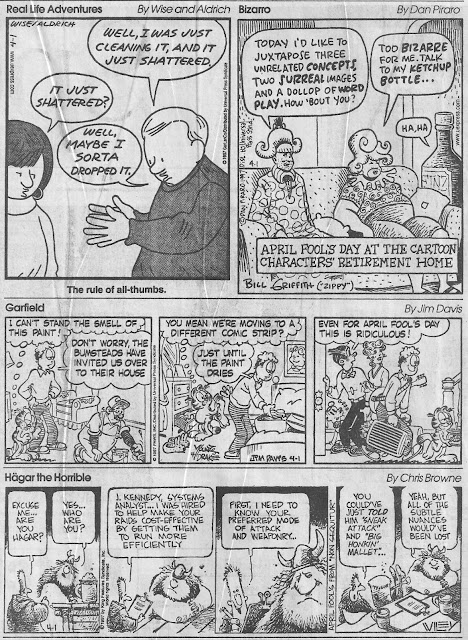 Strangely enough, even though it was quite acclaimed in its day, finding any actual strips of the majority of the event have never seen the light of day again. If it had happened back when the internet had a stronger presence, saving and keeping these comics wouldn’t be too much of a problem. Nowadays, if you’re not part of a multi-million dollar empire, you’re likely to be quickly forgotten. Likewise, if your paper didn't subscribe to the other half of your strip, you were out of luck for seeing your favorite artwork that day. 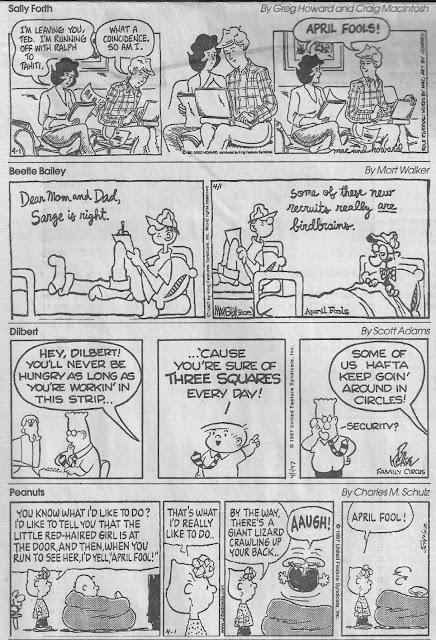 I was fortunate enough to keep the relevant April 1st page for posterity. I’ve also left a few of the other non-April 1st related comics to get an idea of what the rest of the non-celebratory cartooning world was like. Even though they didn’t take part in the artist swaparound, the few who did their own versions are pretty interesting in their own right. 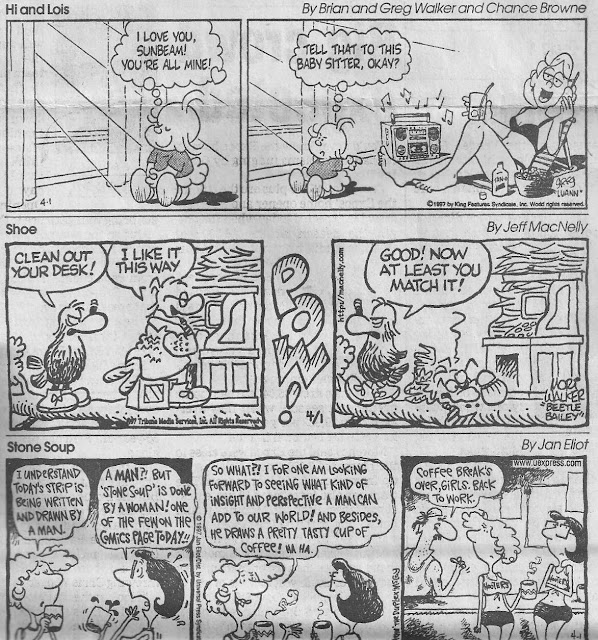 Surely there have to be other people out there who've kept their own papers of that day? Somebody should go to the extra effort of bringing all 46 strips in one convenient location. Personally, I’d be really interested to see what Nancy’s version of Fox Trot was.

EDIT - it wasn't Nancy, but Zippy the Pinhead instead, and you can find out either here or here!
Posted by DeBT at 11:13 AM