Today marks that annual event that plagues us every year - changing the clocks just so our work time will concide with matching up with the changes in the Earth's circumference. 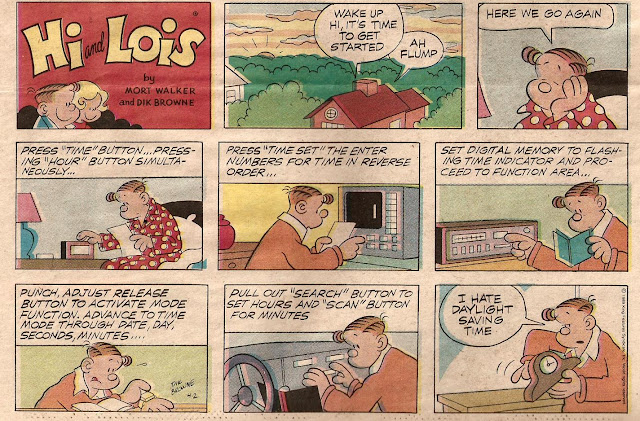 Generally, I don't like it, because it means that by pushing the clocks an hour ahead, it gets brighter in the morning, just when I'm growing accustomed to waking up in near-total darkness. I don't like bright lights, and recoil in the face of any reflections that somehow always manages to strike me in the eye.

Even though I don't like changing the time, I actually find doing the time changes easier during the spring rather than in the fall when we move the clocks back, because we only have to go ahead an hour, instead of ahead 23 hours just to match the times. In those cases, I generally wait until midnight (or 1:00 the night before), unplug my clock and then replug it, so it'll be easier to move it to the current "correct" time from the flashing 12:00 position. Fortunately, modern-day computers have this programmed in their software, which prevents having to do the changes ourselves. (Though that would be problematic in other countries that don't bother following this ritual) I still have a VCR that allows me to change the time forwards and backwards, which is why I still keep it. Would that more of today's digital appliances adopt that long-abandoned practice - it could save some of us a lot of frustration from having to go around the same 24-hour period from rapidly clicking the buttons too fast. 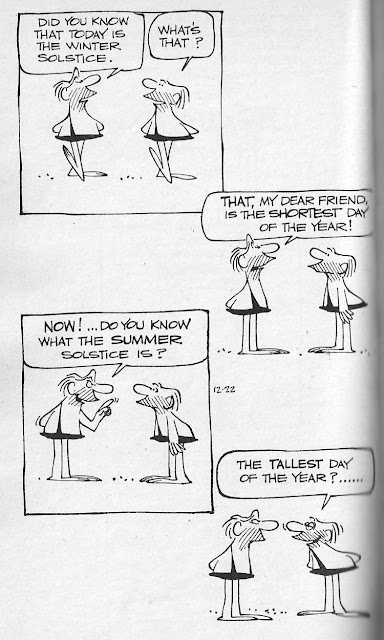