The Gummi Bears was a surprisingly bright spot for Saturday Morning Cartoons. It had a cast of likeable characters, intriguing storylines and well-produced animation worthy of the Disney brand. Quite a feat for a show that was thought up on the spur of the moment from Michael Eisner eating a certain brand of candy. Most properties with stronger background material usually don't fare so well.

The Sunday comic that spun off from it is less inspired. 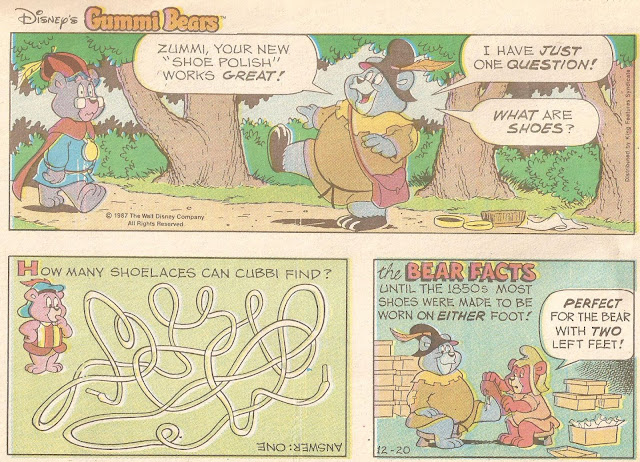 From these samples, it's clear that the majority of the writing that was heavily focused for the TV show were abandoned on the comics page, which was more concerned with getting the character designs right rather than focus on making actually funny jokes. 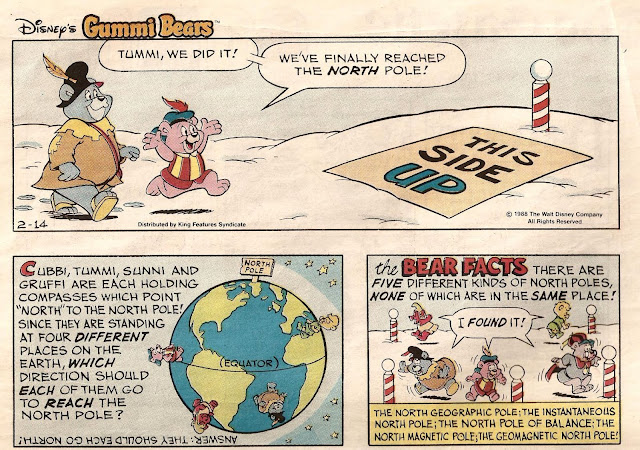 The humans don't even get a chance to make an appearance. This is the only comic that even mentions one of the antagonistic ogres, and we don't even get to see it from the neck up. Judging from the shape of the feet, it's not one of Duke Igthorn's henchmen. 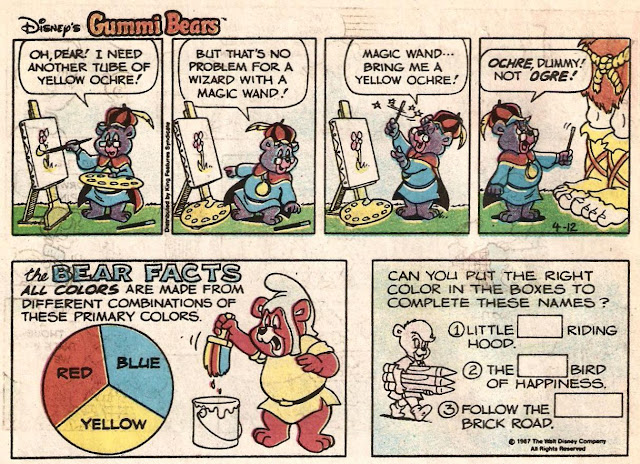 While the rare strip would be divided into panels, the general output would be a wide-screen single panel strip. There was also a daily comic that had a similar format, but I barely remember anything about it. This shows just how unmemorable this kind of licensed comic was. 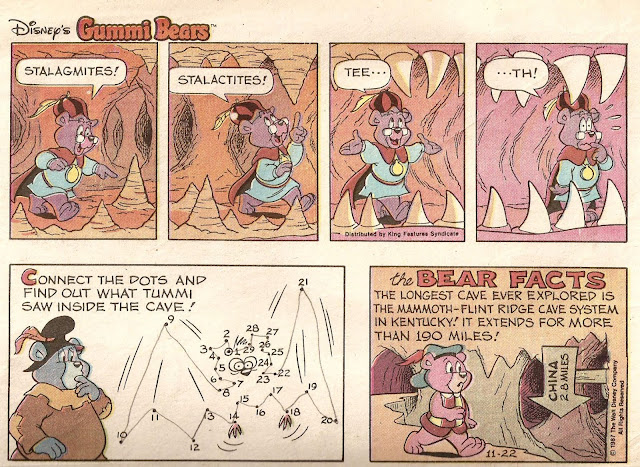 The only other saving grace of this strip are the extras, in the form of an easy puzzle, and a bit of trivia. I later found out from an American newspaper that there was an extended version that had an additional section that was normally cut off.

There was a time when Disney would sporadically re-release their old movies back into theaters, usually to compete against rival animated features such as Don Bluth films. For the longest time, Snow White could only be seen at the movies until they finally released her on VHS and later, DVD. Now they're applying a similar strategy for their animated shorts and TV shows, briefly making collected versions available for a limited amount of time, then putting them back into the vault to be preserved for later. 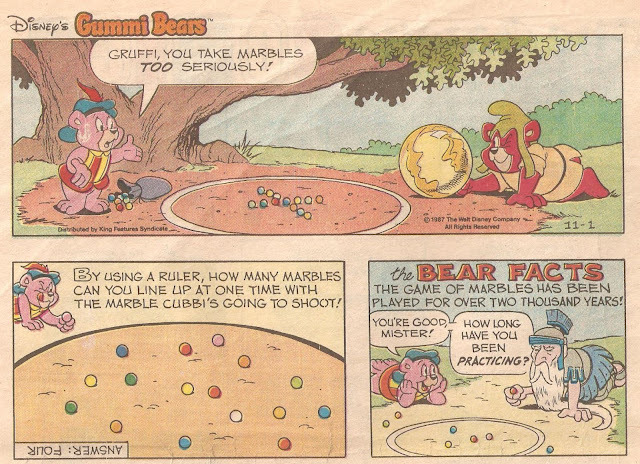 The problem with that formula - nobody else knows that these animation classics even exists, save for Youtube uploaders. Back in the 80's when Disney was actually in danger of going out of business and being taken over from other corporates, they did everything to sustain their viability by showing as much of their clips as possible. In fact, The Gummi Bears was a major risk to the company's future, back when they were willing to do anything to stay afloat and relevant. (Better to go out in a blaze of glory rather than languish in obscurity) Now that they've literally become too big to fail and are now actively snatching up other companies as a safeguard feature, they've forgotten about their struggle to keep afloat by reminding their audience about the quality of their past achievements. I have a special place in my heart for the lamented Roger Rabbit inspired show, Bonkers. (The Lucky Piquel episodes, not the Miranda Wright episodes*) 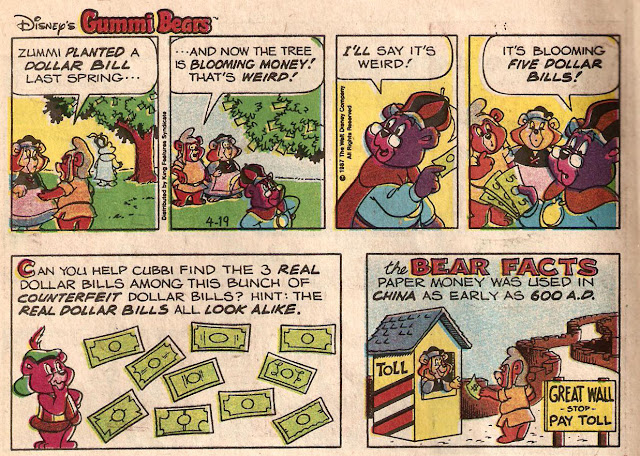 While the Adventures of the Gummi Bears is still available for purchase online, you'd never know it given the lackluster advertising given to it and other classic collections of The Disney Afternoon. Have you seen the latest ones for their DVD commercial openings? If you have, check your medication, because there haven't been any. For a company that regularly releases and re-releases their features onto multiple platforms over time, you'd think that this kind of business model would be something they'd want to emulate for future customers. Nope. They'd prefer if their audience got their inspiration from the movies instead, since they're shorter and faster to digest in comparison. At least that's my interpretation given the lack of support for their old stuff. (Nevermind their new stuff) 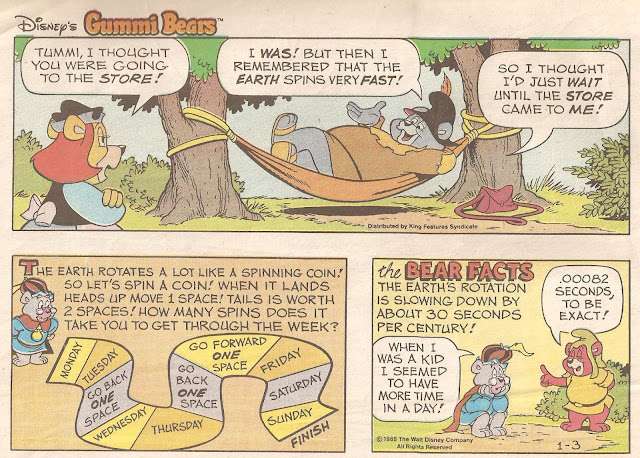 At least they're not wallowing in nostalgia like some certain companies I could name (you know who you are), but they're fooling themselves if they believe they'll be able to sustain their popularity from their revival in the 90's alone. Revisionist history can only take you so far. (On a related tangent, Canada's one of several countries that've agreed to delay abolishing the leap second for now. That's some long-term thinking right there)

*No relation to Phoenix Wright.
Posted by DeBT at 10:54 AM