A Cold Day in January

The 1988 calendar was my first FBofW calendar. I have no idea if there were any earlier calendaes before then, since all my searches only result in the latest calendars being sold. On its own, it serves as a good introduction to the Patterson houshold. 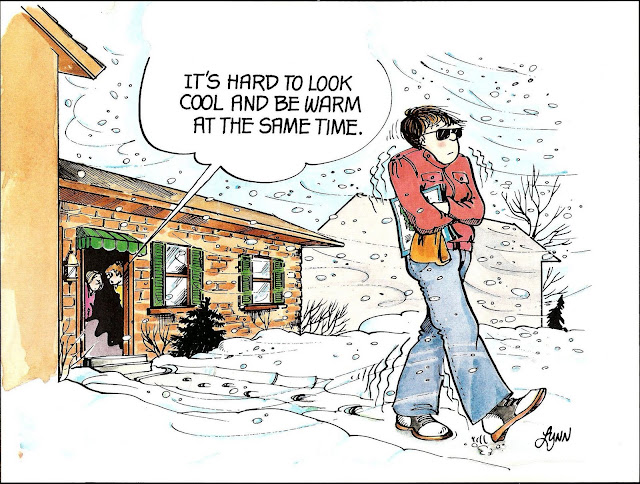 With the advent of Global Warming mucking up the usual weather paterns lately, the prospect of dressing up in as little protective winterwear doesn't seem as preposterous as it once did.

These calendars also had mini illustrations in the dates page. Many of these for this year were reprinted in subsequent book collections. (It's all Downhill From Here) However, for some reason, many of them didn't fit the thematic format of the month. I'm only posting this one as an example, since it captures the mood of the year-end party. In future months, I'll refrain from posting the redundant extras (to save image memory space) unless it has some relevance. 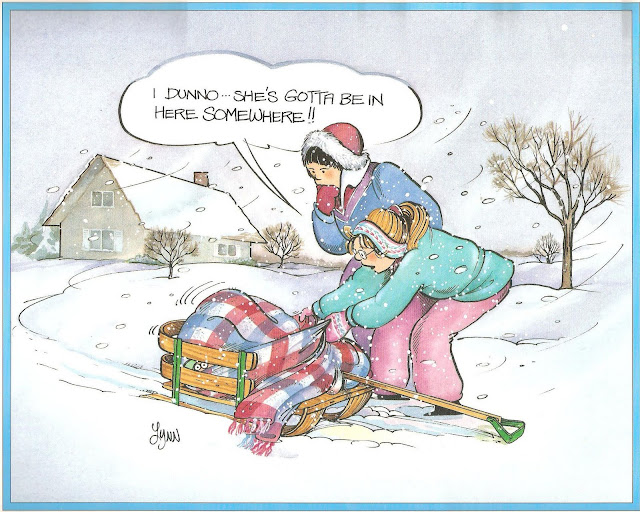 1992 was also around the same time that April would later make her appearance. Since it could take around two years for a calendar to be released, the cartoonist had to prepare the character design well ahead in advance. As a result, we don't get to see April's earliest inception this month. (Try again in March) For a serial strip that relied on consistency, the artist couldn't afford to stray too far from the planned character designs. This was just one of several reasons why Lynn Johnson felt burnt out around the beginning of the 21st century (the biggest factor being the death of her mentor Charles Schultz) and resorted to doing future calendars using old strips on autopilot. 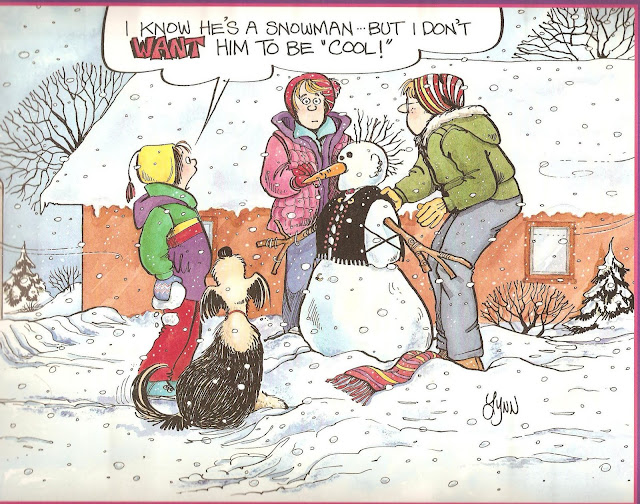 Before then, the later calendars had all-new illustrations in the dates area that served to give some silent commentary similar to the Saturday Morning Breakfast Cereal strips. 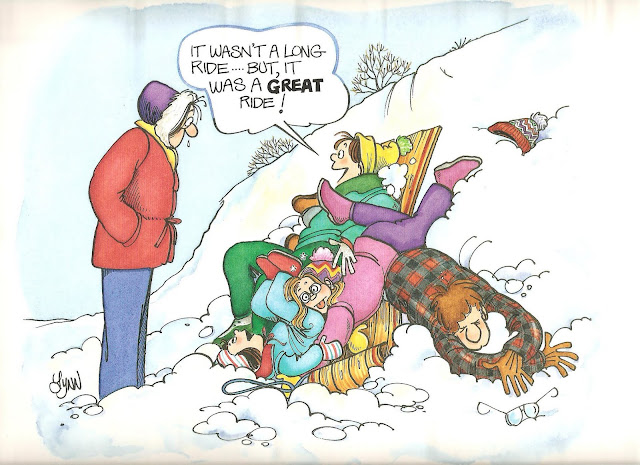 On some occasions, some months would have jokes that would be single-panel variations of previous jokes. Although I enjoy the snowman's reaction here, this is still just a slight variation of this strip. (And later, an expanded Sunday) 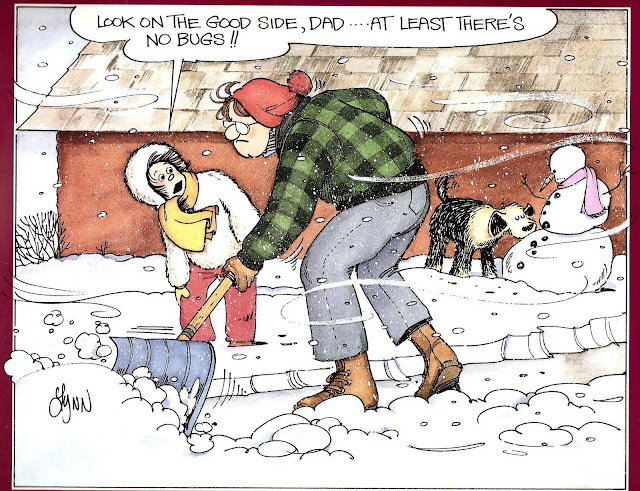 This was one of the elements that would inspire me to do my Mathematical Equivalence of Comics post. (Still one of my proudest accomplishments) There's still several comics observations I have in mind that I hope to publish once I get the chance at getting around to them. Putting the calendar pages at the beginning of each month should make it easier to free my mind up on what subject to talk about on a given week.
Posted by DeBT at 9:46 PM