How to Draw S-hero Comics

So far, the recent decisions of DC's plans to reboot all their issues to attract new audiences don't appear to be working. They seem to be regressing back to the 90's where comics sold in the millions, hyped events were the mainstay of the day, and first issues sold gangbusters. Trouble is, those issues were only selling multiple times to the same people. If you're selling the same issue to the same person, that doesn't really count. It's keeping those sales consistent after the first issue that's been a problem.

What's sad is that this Cracked article which exaggerated the Liefeldian poses and Image layouts is even more relevant today. Before Cracked became a site for immense trivia, it was known as MAD's weaker cousin. The jokes and satires weren't always up to the high standards of MAD, but when they were funny, they were funny. Sadly, this was extremely rare. 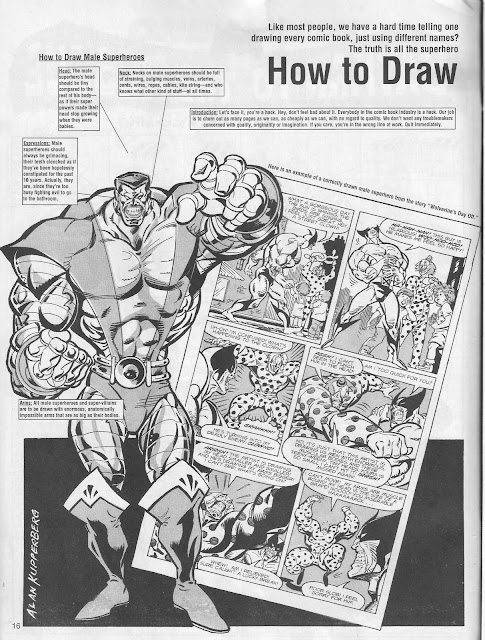 I would've combined the two images together, but I've found that when I've uploaded large files, the pictures shrink to compensate. Just read from one side to the next page, otherwise you'll suffer from reading incomprehension. 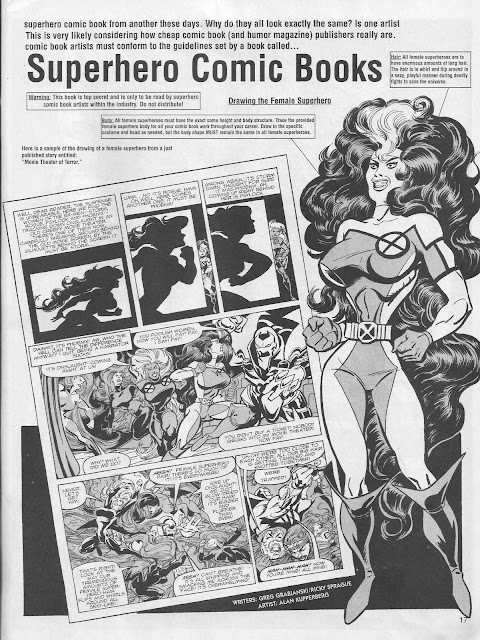 Next up is a hallmark of S-hero comics - incomprehensible page layout. You'd think this kind of thing would've died out by now, but you'd be wrong. 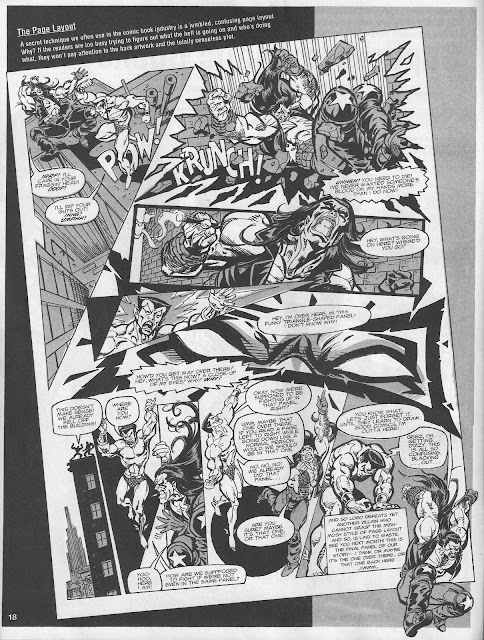 This post was inspired in part by a recent criticism of the new DC costume designs with the simple premise that Jim Lee's characters look ridiculous if done by anyone other than Jim Lee.

"In one of my blogs I mentioned how in order to tell if a design was strong or not, an easy way to do that was to draw the character in a neutral pose. That way you can look at the design itself and not let the pose distract you from the design. And that sometimes, an artist would try to save a poor design by putting the character in a dynamic pose to distract the eye into looking at the strong pose, and not seeing the weak design. That is in part what Jim Lee does." 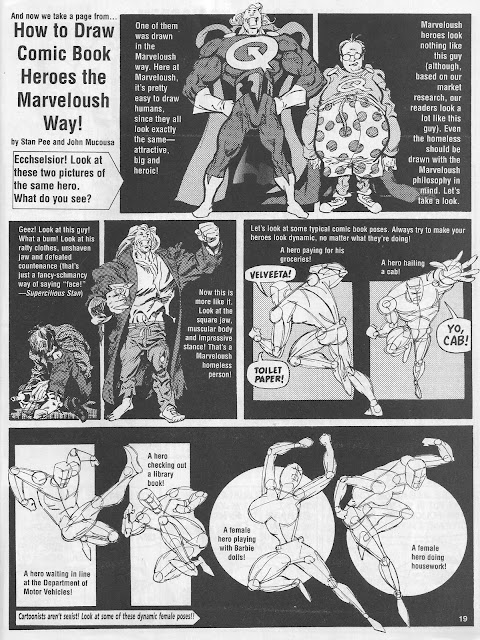