There's been a lot of (righteous) indignation over the downsizing of Amanda Waller, a rather imposing short stocky woman. She's always managed to intimidate people stronger than her just by sheer determination alone. In addition to the sudden weight loss, she's apparently gained a height boost to show off her new figure. Chances are, even if she goes back to her former impressive figure, the argument still won't be over. With Hollywood's self-imposed style of beauty, there'll still be a crusade against fat people. (And yes, I'm going to use the derogatory term. Obeisity is the last discrimination.)

However, Amanda Wallers is not the only woman in S-hero comics to suffer from a bout of reductionism. There have been other women who've had a serious reduction of the waist, such as Gail Simone's version of Etta Candy, and She-Hulk's partner, Weezi. In the world of S-heroes, It's rare to find women who've fattened up rather than slimmed down. Big Bertha from Great Lakes Avengers is a case of having her cake and eating it too, since due to being able to control her metabolism, she's able to become a fat S-heroine during emergencies, and a Supermodel during breaktime.

The difference is, when it comes to fat figures on the comics page, they tend to gain back their weight rather easily. Any rapid change from their usual look would alienate long-time readers, and a demand to revert back to the status quo.

Below is something that would be considered blasphemous and impossible if the original artist hadn't done it himself - a thin Fat Broad. Maybe this might inavertably inspire artists to do Rule 34 versions of the old gal in a similar vein to Velma Dinkley. Though with that dorky haircut, I doubt it. 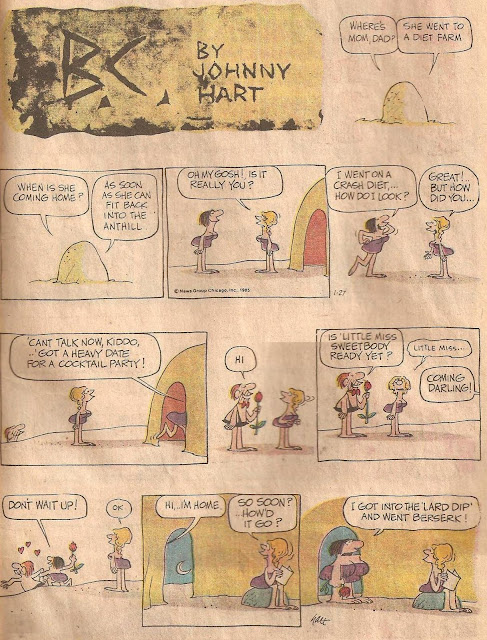 She later returned for a Sunday strip, looking considerably toned down.

This could be seen as the female equivalent of dorky nerds becoming rich millionaires, spurning the ire of every jock and cheerleader who ever bullied them during High School. Now that their persistence and hard work paid off, their new figures would make them the envy of every man (and woman) who ever passed over them in real life. It's the ultimate revenge fantasy - being more successful than the people who once scorned you.

A recent study shows that preschool girls as young as three have already typecast fat people as undesireables. While most people would consider figures D and E to be perfectly acceptable, 69% of the participants wanted to be figure A. Considering how heroes and villains are portrayed in popular media, these young girls are picking up on these subtle cues very quickly. One wonders what their perceptions would be like if their worldview were reversed. 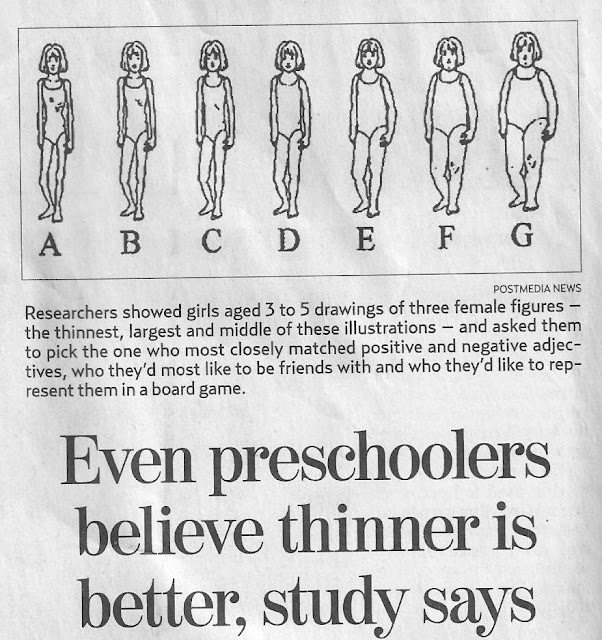 A look at fertility goddesses and Rubenesque art shows that the standard of beauty was different back then. Indeed, being fat was a sign of being healthy, since these girls were eating enough, and getting plenty of nutrients throughout their body. In another embarrassing factoid, guys find women hot when they eat a lot during meals. This makes it difficult for self-conscious women on diets to break from their habits of eating salads in front of their love interests - they don't want to scare them off.

For some people, an extra bit of poundage can be considered attractive. The claim that a pregnant woman "glows" during her later stages may not just be the hubby blowing airs to make his spouse feel better - he actually finds her attractive. Of course, this could be down to personal preferences... some of which may not always be very flattering as some recent artwork has shown. One could say that its the imperfections in people that make them notable. Not everybody needs to be a Bruce Timm stylized girl. 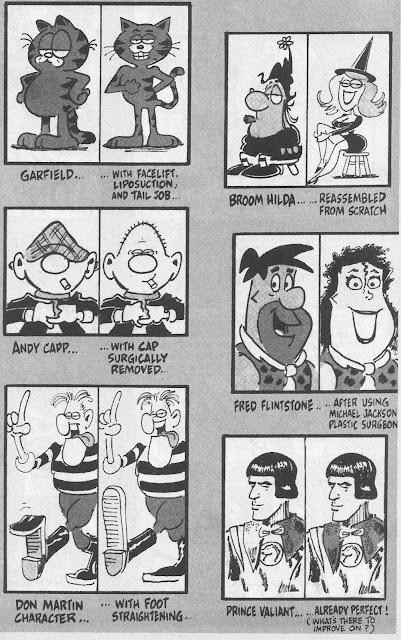 Even so, the desire to become perfect beings in the face of overwhelming odds is a scenario that's not going to go away anytime soon. As long as there's an unattainable standard to reach for, people will continue to clutch at it with their stubby fingers. "Man's reach should exceed his grasp, or what's heaven for?” Robert Browning

In closing, here's some parting words from the Fat Broad that aren't repeated as often: 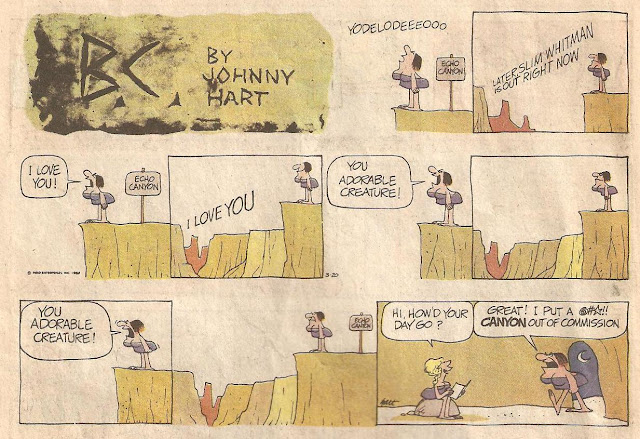 In fact, let's have her do it again. 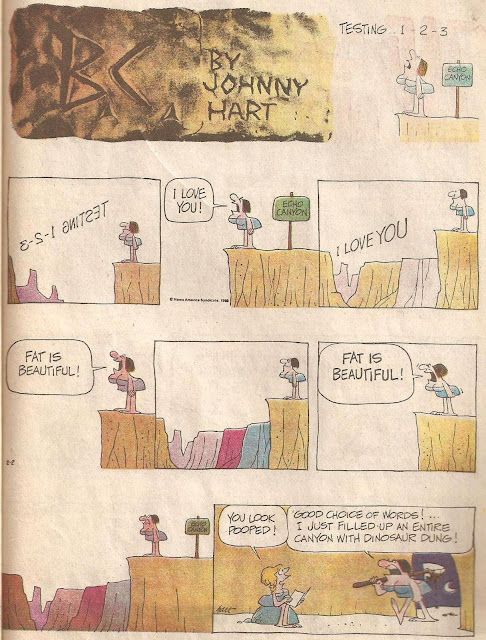