Create Your Own Manga?

On September 15th, ComiPo! launched their design your own Manga computer program.

While watching the video, I was generally impressed with the wide amount of available faces, poses and facial expressions given. It would take an impressive amount of time to memorize the varieties used in a large combination for multiple uses. Having only used the downloaded demo version, it seems rather easy to use, and play around with, even though some of the modifications seem a little tricky to handle. However, despite the ease of access, I have a few criticisms that I hope will be addressed in future versions:

1. All the characters seem to be cut from the same body type. What if we want to create somebody with more outlandish dimensions? Say, somebody morbidly obese, tall and lanky, or unsymmetrical body parts? There's not even a Chibified version of the cast. Not everybody's going to be the same dimensions as a high-school teenager with stock poses. I'd prefer more character variety myself.

In addition, the supplementary parts, such as ribbons, glasses and other accessories don't seem to be modifiable. If we want to change their location, make them appear more disheveled, broken or burnt, we're not going to be able to do so. There doesn't seem to be any way to create an open mouth effect that's not just a hole pasted on the side. 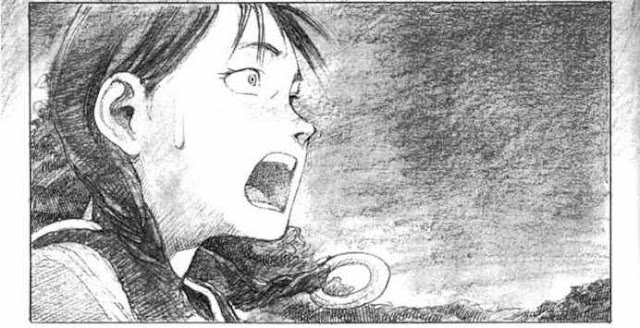 2. A lot of the designs seem to need a lot of shrinkage before putting them to use. Chances are that users won't be able to help themselves in using as much space as the program wants them to, which'll amount to a larege amount of visual close-ups. Preparing a script beforehand would need to be an absolute necessarity in order to prevent falling into short visual shortcuts while dealing with large images.

Also, trying to get close ups of certain body parts, such as hands or feet is difficult without forcing the character's dimensions off the panel so only the relevant parts are showing. Even trickier if we want these limbs posed in a certain way, so they'll appear more natural. Likewise, it's difficult to find natural body positions of the characters casually touching another person without appearing awkward. While this might be natural in a country with limited social contact, it plays havoc if we want a rough 'n tumble scenario of two friends in a friendly argument. What about the effect of looking around quickly? Is it possible to show another head without superimposing a body on top of it?

3. Is there a way to change the fonts multiple times within a balloon? Having a balloon with just one consistent font can get boring without a way to emphasize certain key words. The only way to have a sentence end in a DRAMATIC! manner would be to input text from an invisible balloon inserted between the relevant passages. Not to mention having to divide the sentences into multiple paragraphs so they'd fit into the balloon. Breaking up the dialogue is an even stronger argument for having a strip handy.

There doesn't seem to be a default program for linking multiple balloons together. Maybe people would prefer to have their dialogue broken up into various balloons across the page, but I get upset when I don't see a certain option made available. I want as many tools in my belt as possible. Another thing that bugs me is that the space between lines above and below is too far apart, which winds up wasting more valuable space. It would be nice to have some control over the text. Part of it may be a holdover from the Japanese spacing system. What works in one country may not work in another. The vertical text button arranges everything one letter at a time. Unless it's angled properly, who's going to be able to read that?? 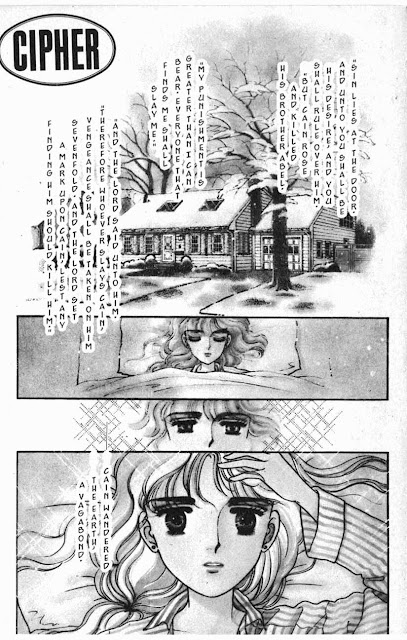 In addition, using the "thought bubble" tail option creates a ridiculous amount of balloons in the way, with no manner of reducing or curving their numbers. Since I can't save any of my demo files, the below should give you a good idea of what that option provides. No wonder so many Manga balloons have tiny tails if this kind of thing happens. 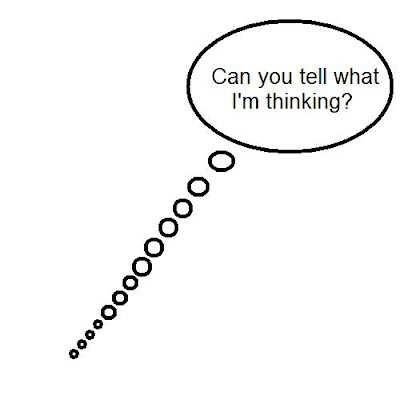 4. Can you have default page layouts with more than 6 panels? I've found that I can have more panels even in the 4-koma comic setting by just copying a single blank panel, then pasting it in an unused location.

This is the biggest issue I have with the program. I don't want to be restricted to just a few panels on a page. I want to have multiple panels to show the maximum amount of things happening on a single page. Alternately, those Shojo pages with collages and practically no panel divisions may be harder to create without any specific boundaries in place.

In addition, there doesn't seem to be a way to make panels more angular. Having angular panels is a practical necessity for staring scenes, and interesting layouts. Also, the borders all look the same, so there's a threat of repetism there. While you can modify the thickness of the border, you can't give them jagged edges, or curved borders at the ends (with black backgrounds) are visual shorthands for flashback scenes. I've found that you can rotate the panels themselves, though that's not quite the same thing. 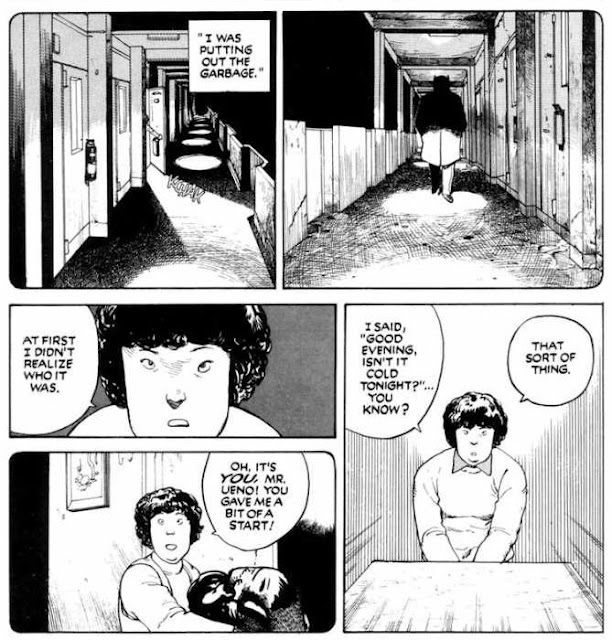 In short, it's not quite the dream project as some people have made it out to be. So far, it seems like an easy shortcut program to use characters in stock poses. What if we wanted to create an unique character design reminiscent of Don Martin or Jack Davis? What about animals, real and imagined? For the most part, it seems designed to help people try to put their visions down without having to go to the trouble of drawing elaborate designs.
People with higher ambitions would be advised to look elsewhere, or alternately, learn how to draw themselves.

The program seems more designed for slice-of-life stories rather than action-packed tournament battles with outlandish cartoony violence. Until they design something with looser human body positions and a wider range of expressions, I'll be holding my reservations in check. Maybe one of the future updates will fix some of the problems I've mentioned, but I won't be holding my breath.