In a collection of weird Garfield comics, one strip that was pointed out was where Garfield uttered an unusual turn of phrase:

At the time I first saw it, it didn't come across as unusual. This was because I'd seen it used as the punchline for another Sunday comic. This kind of repetition is how people learn. If something is seen only once, it's an anomally, but if it's seen twice, it becomes a pattern. If it shows up again, we file it away for future reference until it pops up again. 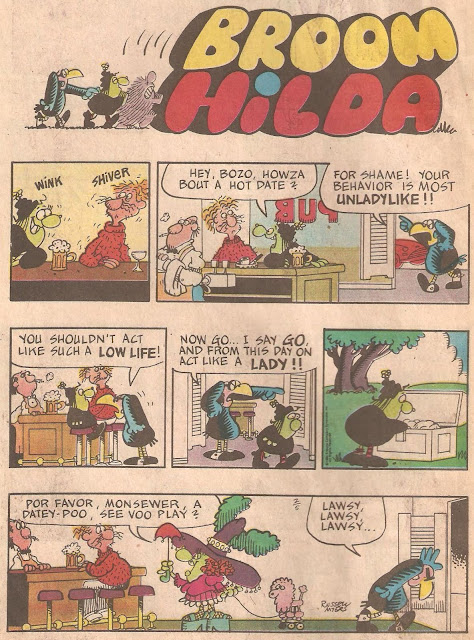 However, this kind of utterance seems to be a rarity. A quick search on Yahoo Answers revealed that this was nothing more than a toned down version of "Lordy, lordy". Similar to how Jesus becomes Jeez, and Jehova becomes By Jove, Lawsey just happens to be a slightly more obscure term. Whether this is region-specific is still open to debate, but at least it shows Jim Davis wasn't alone in uttering this.

Traditionally, comics have always been full of toned-down profanity. It certainly casts a new spin on The King is a Fink! outcry by the citzens of Id. No wonder the king was so continually upset. 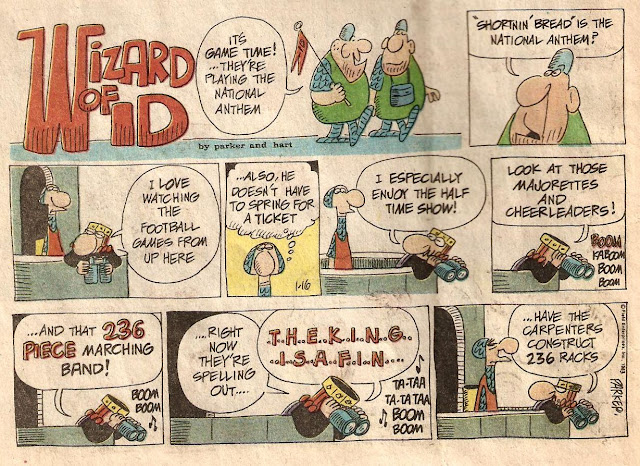 Usually, the traditional usage of swear words has been replacing the offending terminology with symbolic iconography. When I asked how this mixture of stars, ampersands and pound signs was pronounced, I was given a mixture of nonsense growling words. I thought there were phonetic equivalences to these symbols, and was disappointed that my lesson was so abrupt and cut short. I could never adequately tell what anybody was really saying, and often had to resort to imagination. Since I wasn't open to the influence of the playground, I missed out on a lot of vocal vocabulary, and the rudest term I could think of was calling someone a retard. 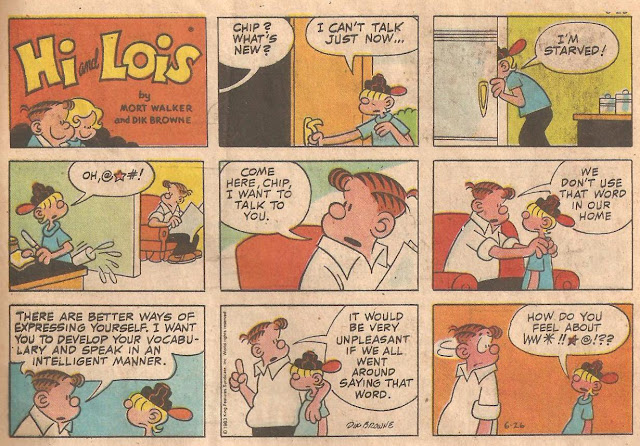 Ironically enough, there were times where I was trying to be funny, and it came across as frightening. When I uttered phrases such as, "I'll rip all your armpit hair out!" I had no idea that people would have no idea what I was referencing, and take my superficial threats at face value. I thought I was emulating the natural ribbing that went on all the time.

This kind of unintentional threat was a large part of why it was so difficult for me to keep friends. I would say something totally innocuous, and everybody would look at me warily and back away slowly, too nervous and polite to tell me that I'd committed a social faux pas. I would never be capable of physically harming anyone, but my words and actions typecasted me as someone who should only be seen from a long-range telescopic lens.

This is also why I'm not impressed with writers use of bleeping/blanking out fill-in-the-blank words. If what's being said is totally obvious, why not cut out the self-censorship and have them actually say the words they mean? Besides, whenever I see these kind of swear words, I blank them out anyways. Also, I don't find constant use of common swear words to be very imaginative. It takes a creative mind to spout something along the lines of, "Jesus Christ on a pogo stick! Has your brain been replaced by a rusty unicycle? Get out there or I'll rip off your head and stuff it down your throat!" (Incidentally, that last line was a favorite of P.G. Wodehouse, who used it often)

Nowadays, I try to rein in my commentary so I don't run off the mouth and alienate people around me. And I make it a point to have people inform me when I commit a social blunder, so I'll know better next time. I can't learn from people's reactions, since I typically ignore their subtle facial expressions. Unlike comic/Manga characters who wear their emotions on their sleeves, real people keep their cards close to their chests, so I never know what anybody's thinking. Even listening for change in their voices is no help, because I'm too intent on absorbing the message than reading between the lines of the messenger. If I'm not directly told that I'm doing something wrong, I won't take notice.

But no swearing please. I don't like it when people get upset.
Posted by DeBT at 11:07 PM