I just recently had my bimonthly hair appointment a few days ago, and I’m feeling a little better now. It’s annoying that hair grows faster during the summer, since unlike the majority, I find going to the barber’s more stressful than going to the dentist.

Let me explain. First off, it slightly hurts whenever a single strand of hair is snipped off. They say that hair don’t have any nerve connections, so I shouldn’t feel any pain when it gets cut, but somehow I do. It must be because of how the barber pulls on the hair into his fingers to snip it off. Fortunately, my barber usually starts out with using an electric razor to cut away the excess hair. 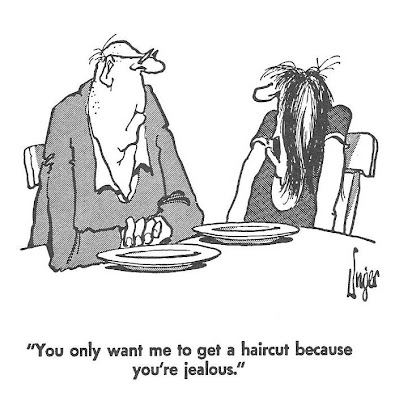 Whenever I get a haircut, I always get irritated because pieces of cut hair keep falling down my shirt, and it winds up being incredibly itchy for the rest of the day. The only way to avoid this is if I clutch my shirt from inside the smock so I’m essentially choking myself throughout the session. If I relax my grip even slightly, more hair will fall through the cracks and ruin my concentration for the rest of the day. Not to mention that the barber is extremely obsessive in getting every tiny piece of out-of-place hair on my head, and will go out of his way to cut off those annoying stray hairs. While I would normally admire his initiative, these attempts always sends chills up my spine, and drives me up the wall.

This still bugs me even though my barber lives within travelling distance, finishes the job at a fast rate and offers reasonable prices, even with the tip included. The only minus is making an appointment, and I always need help for that, since I can’t use a phone on my own, and he doesn’t have internet access.

The major reason I dislike haircuts is because I feel like it interferes with my personal appearance. There’s a reason Manga/Anime heroes with large spiky hairdos are extremely popular - their wild look gives them a feeling of worldly appeal, similar to how European comic characters all have large schnozzes. The bigger the nose, the more accommodating you appear. When my hair’s cut, I feel like less of a person. 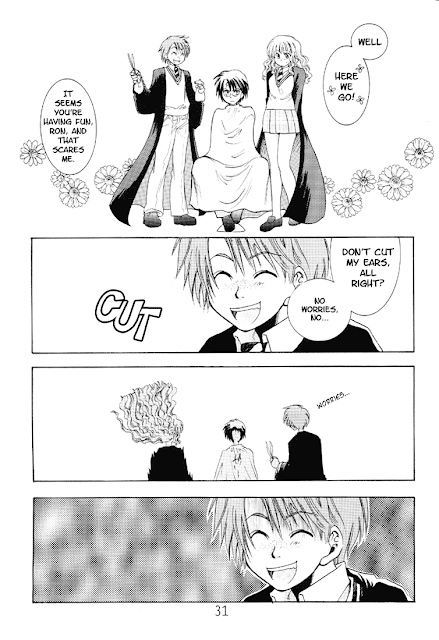 When I was stressed, I would pull out pieces of hair out from my forehead. This became so frequent that my forehead gave the illusion of appearing larger. However, this self-mutilation was tame compared to my sister, who would routinely eat her hair. (Though it never developed into a trichobezoar) I always worry that with the eventual passage of Male Pattern Baldness, that my latest haircut will turn out to be my last, and my proud display of flowing hair will only be a passing memory.

Then again, given that I routinely wear hats to keep my eyes out of the sun, it’s something of a moot point. Lastly, if I’m lucky, I’ll only have to go get my hair cut at least once every two months. In contrast, I only have to go to the dentist twice a year. Every two months versus every six months. Do the math.

While the dentist’s chair is routinely thought of a torture chamber, thanks to the portrayal of the Nazi in Marathon Man, there are ways to make the experience more enjoyable. (Read: less unpleasant) I found that I could combat the glaring light shining down into your mouth - by simply wearing clip-ons. That way, I’m protected from the harsh interrogation, and the dentist can poke and probe inside my mouth all they want. Mostly, the dentist concentrates more on cleaning my mouth and getting rid of the excess plaque that’s built up that wasn’t caught after brushing my teeth. I’m often amazed at how much can be backed up from the interior of my mouth.

Also, on occasion where there was an overhead mirror handy, I could see the dentist’s operation inside my mouth. People may find it invasive to see the interior of their mouths, but I find it perfectly normal. I also don’t understand the irrational fear of seeing loose tooths. Teeth are a perfectly natural part of life - what’s so unnerving about them?

The only part of the dentist I don’t enjoy are the x-rays and flossing. I don’t mind the heavy lead suit, since it’s very relaxing, but standing still while sharp pointed square negatives are placed between my teeth for photographs always activate my gag reflex a great deal. Fortunately, the process gets done quickly, so I don’t have to suffer for too long. Regarding the flossing, the dentist tends to use mint-flavoured floss, the taste of which I can’t stand. Even if it were chocolate flavoured, I still get annoyed, because my teeth all feel out of whack, because they’ve been pulled outwards towards the dentist’s direction. The only way to combat this is if I bring my own floss so my teeth can go back to their natural position. 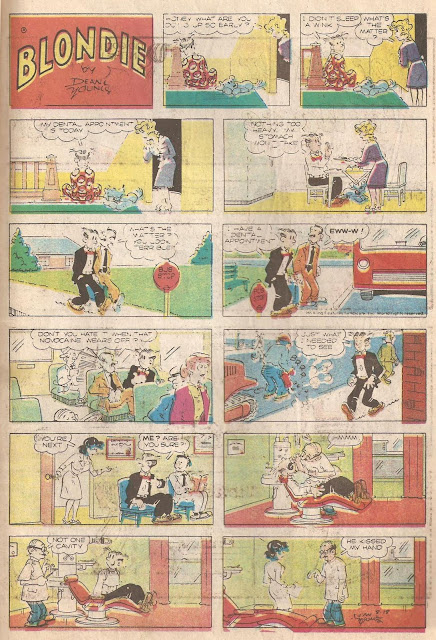 Lastly, even if a cavity is found mucking up my molars, I can have it taken care of as soon as next week. There’s no unnecessarily long waiting list to get rid of the infection, and I can get it over with. The only tricky part is waiting for the novocaine to take effect. It usually takes a double dose before I can’t feel anything below the tongue. It’s wise to eat a big meal beforehand so I’m not left starving after the appointment. Afterwards, my mouth feels weird, and I usually wander the mall to take my mind off. Ironically enough, I usually go during the middle of October when there’s plenty of Halloween candy on sale. (I’m so cheap that I’ll wait until November 1st when there’s plenty of leftovers for easy snatching) 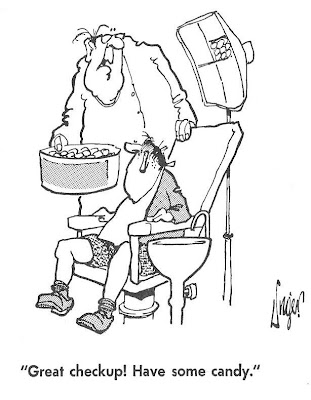 In my own weird way, I don't mind going to the dentist as much as other people. The only reason being is that I find the alternative to be worse. If you compare the two professions, they're very similar. To further explain my dislike of barbers, a mafia gangster put it best, "You're basically exposing your neck to a guy with a sharp razor. Think about it." At least, if the dentist threatens you, you can still bite back, even if they put cotton in your mouth while you're under anesthesia.

Hmm. This was supposed to be a supporting rally for dentists. I seem to have veered away from that topic somehow. Are there other people out there who don't have a rational fear of dentists? 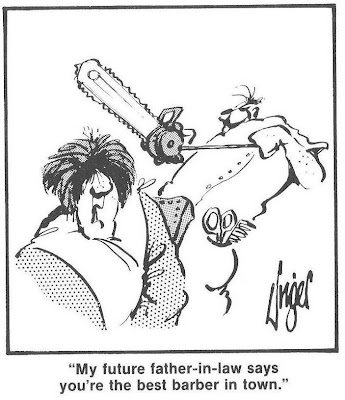