It seems like everybody who's a fan has their own website devoted to their favorite vanishing interests. Some devote time to popular 80's toys. Others spend time on old-school children's books. A few lament the lack of Sunday comics included in comic collections.

However, shortly after Bill Blackbeard's death, it's recently come into question another area of comics I hadn’t considered - the webcomic. If there ever was a more updated description of throwaway entertainment, they would be it. Even though we’re entering a new paradigm with save files, some images remain lost to history, or get outright deleted. At the time when the internet was starting out, we all thought that everything would be remembered... FOREVER. Why would anyone want to go to the trouble of saving webpages when their memory would be almost impossible to erase entirely? Who would be so anal rententive to save tons of images that would've been available for free(!), and seen whenever they wanted on dial-up speed?

Turns out that saving comics as Jpg, Jpeg, Gif, Pdf, or Png files can make the difference on the quality of the image. These few people who bothered to save such files may turn out to be the reclusive saviors of early webcomic history. It's becoming increasingly difficult to find surviving and relevant comics that're still active around the time the internet was becoming widespread among the general public. Bad news for any site that was hosted on Geocites. Even that savior of past sites, Webarchive, isn't entirely faultless, since there may be multiple images and links that might be missing from memory. If anyone wants the original material, they'd have better luck getting them from the source. That is, if the original artist hasn't become completely embarassed by their previous early work, and gone to the trouble to erase everything they've done, even if it's become a cult hit online. 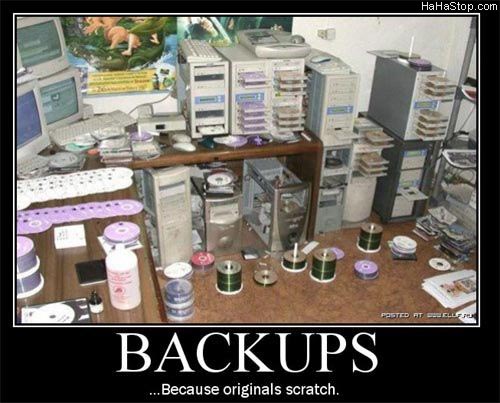 In the early 2000’s, I saw various sprite webcomics that took obvious influences from Bob & George and 8-bit Theater, with multiple references to author avatars, idiot protagonists and liking ice cream. Yet apart from the Grandaddy founders, the bulk of influenced strips have practically vanished from history. Thankfully, after months of begging David Anez to post zipped files of his fancomics, he finally did so after he finished his impressive 7-year run. Other webcomics aren't as lucky to become archived in the first place. One particular memorable project combined Hamlet & The Slayers together, but is only available on Webarchive. At 232 pages, the ambitious (if goofy) comic sadly remains incomplete. 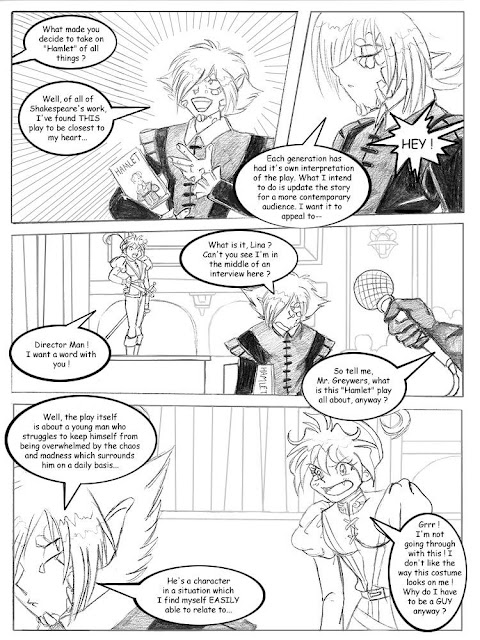 One thing that I liked about some of these comics was that when they were first released, they had a cute title, similar to the mini description on top of old newspaper comics. (Nowadays, they might have mouseover text) However, those titles were later forgotten and left out, much to my dismay. Some of these titles were saved in a notepad document, but it wasn't quite the same as seeing them on the webpage. I tried saving these images with the text included in the image name, but it's not exactly perfect, because the title could either be too long (over 200 characters) and would be unable to include the "?" symbol for some questioning titles. It'd be impossible to have the whole title for the first 8-bit Theater comic with these restrictions.

That’s not even taking into consideration strips that’ve been changed, or redrawn due to personal preference. There was an alternative “talkier” version of the 282nd episode of Secret of Mana Theater that’s no longer up. It’s fine, since it was originally good enough for the emotional impact alone, but there could be some curious people who’d want to see the wordier version. It was also around that point that the author had written herself into a corner, and had no idea where to go from there. (It’d been on a 3-year hiatus with sporadic updates due to the creator having health complications)

And that’s not even taking Newgrounds Flash animations in account… 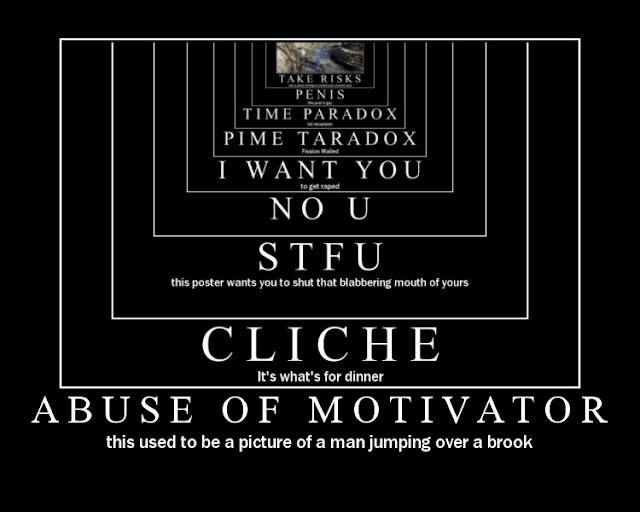 Then there's imageboards such as 4chan that introduce whatever new memes that happen to pop up in the course of an afternoon. Tracking down the origin of these Demotivators, LOLcats and other parodies would be equivalent to doing a historical backlog of every fad that ever existed. It would be a monumental undertaking. Further compounding the factor is that these boards don't stay online for very long. With the exception of a few constantly updating themes, such as Rule 63 of Watchmen characters, very little is constantly saved. When there are boards with intresting concepts, they may get archived, but only the last four years or so. Sometimes the text may be remembered, but the pictures aren't always saved. As a consequence, we're only left with half the equation.

One of the most popular image themes was the personification of the Squirrel (nicknamed Hazel) from Disney's Sword in the Stone. Just as Wart (Arthur) was turned into a squirrel, slashers were wondering what the outcome would've been like if Merlin had gone to the trouble to turn the squirrel into a human. Even now, there are still people who've regretted not saving the story of Human Hazel, even though they found it incredibly sad. 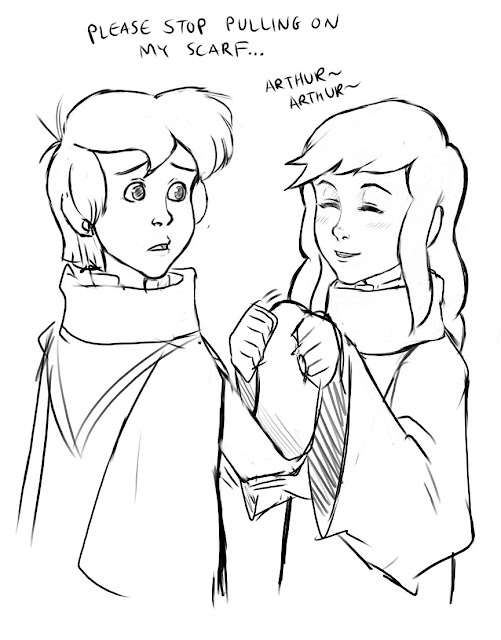 At least these people got a chance to read the Hazel story. I missed my chance at saving some new randomized Garfields I never saw. There were multiple contributions on a page, but I had to go to work, figuring that I'd save those when I got home. When I browsed the page again with a faster internet connection, they were gone. I only managed to save under 10 comics that I thought were worth keeping.

Just as there are images with a very short shelf life, some webcomics had a very short lifespan. Even accounting for the aborted ones, how would you even try to compile a comprehensive collection that would easily fit each comic into one convenient package? The answer is – you can’t. They were designed free of restrictions, editorial mandate, and formulaic rigidity. Thus, there would be no overall similarity between them. The only consistent factor would be fitting everything onto the computer screen. The question then becomes; how many comics can we fit into a single CD/DVD that the audience would be willing to look at?

These are all areas that’ll require certain computer skills from hackers, who’d have to delve deep into the author’s archaic databases to find their written history in order to find that slim piece of code that’d go by almost unnoticed. Good luck guys! 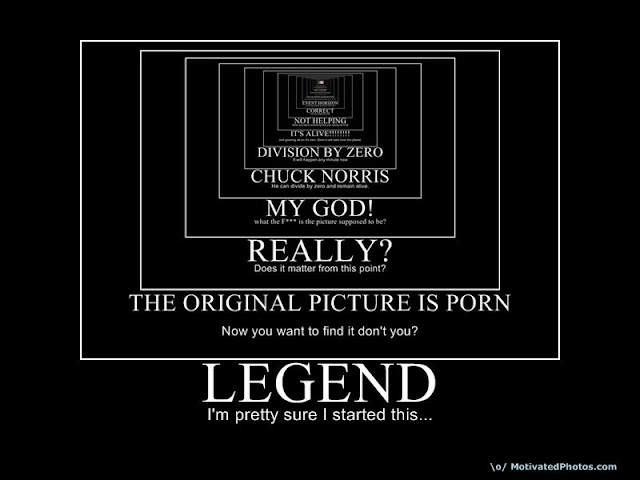