A Few Words Before The End

Shortly after posting my attempt at putting vocabulary words in a sentence, I started thinking about how I would go about rearranging the words now that I have a better grasp on the English language. There were two rules in using the words that limited my ability to use them properly. 1. I had to use the word in a sentence that would convey what it meant, without it being a dictionary explanation. 2. I was allowed to modify the word’s suffix as long as the singular meaning remained unchanged.

At the time, I had no imagination for altering the words, since their formation was as firm as gibraltar. I was too intimidated to consider looking up alternate descriptive terms, which was why “the town was apathy”.

However, while compiling all the words together, I figured that the 25 words alone weren’t enough, and added a few more vocabulary words to flesh out my description. The following shouldn’t be too difficult for anyone deciphering any of Calvin’s long-winded speeches:

The sinister fakirs gave an oppressive foreshadowing of unspeakable perils on the placid village full of apathetic people who gave the frivolous prognosticators a condoling attitude, due to their furtive and dubious nature; but their confidence faltered and turned to resignation when they were caught in a torrent of burly simians with rubicund noses; whose amiable nature belied the mutilated damage done to their precious antimacassar in a bibulous state of avariciousness; and the stealthy fusillade resulted in the loss of their precious talisman. 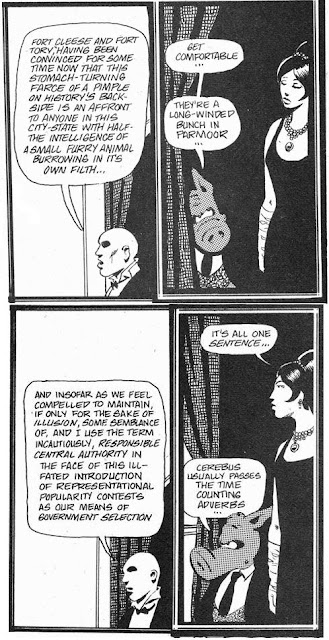 Speaking of dire predictions, I wouldn’t put too much stock over Harold Camping’s announcement that due to some careful reading between the lines of the bible, the world will end at 12:00 Eastern Standard time. Sounds more like he wanted to get a jump on the Mayans a year early, especially after dismissing their end times at 2012 to be nothing more than a fairy tale. Considering their track record, the Mayans probably have more credibility than Harold Camping.

When I was caught up in the hype over the Y2K bug (which I keep calling the Yuk-2 bug) for months, I was worried that my bank account would suddenly be wiped out of its funds, and everything I’d worked to scrape together over the years would be lost. The reassurances I got that my paper documents would provide proof gave me no comfort. I could’ve been accused of forgery even though I had no such capability of doing such a thing. 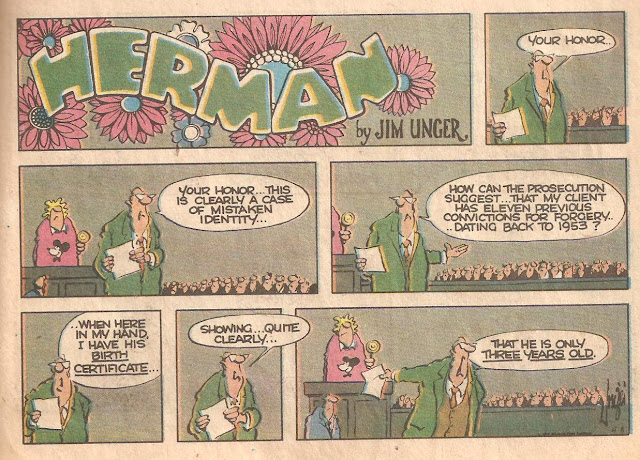 I wasn’t able to let my guard down until 2001 passed (just in case), since that was the real 2000, and the computers might've not registered the true date until then. After being hyped up for months without end, both before and after, I have no sympathy for anybody who’ll allow themselves to swallow these doomsday prophets’ forecasts of doom without any proof to back them up. At least with Yuk-2, the doomsday scenario sounded plausible.

To anyone who’s still worried about a sudden zombie apocalypse popping up out of nowhere, I only have this to say, The world’s been ending since yesterday.
Posted by DeBT at 1:51 PM