Only a day after I posted my entry about cartoonists reusing old comic strips, did Pearls Before Swine’s Sunday strip make a similar argument for the same topic. I usually avoid reading it because it, along with Dinosaur comics and Achewood, is an exercise in tedium. Visually, every pose “sounds” the same to me. There’s consistent character design, and then there’s static figures. I only noticed it because the layout and colouring was so unusual.

The ironic thing is, the same flaws I find so reprehensible in those drawn comics don’t apply to simplified comic sprites in webcomics such as Bob&George and 8-bit theatre. Apart from NekoHouse, there’s been a bereft shortage of spritecomics since the Golden Age founders concluded their series. Novices trying to pick up on their influences with author avatars, idiot protagonists and liking ice cream couldn’t move past their surface images into a comprehensible (and funny) story, and thus were left to rot.

Also related - I'm not too much of a fan of V-games that use stock poses where dialogue can be simply added in with various outcomes. Particularly for Phoenix Wright and Kingdom Hearts. Sora kept putting his hands behind his head so often it became something of a nervous tic. I noticed that the clips in the fighting game Dissidia: Final Fantasy that every time Terra talked, she always put her hand to her chest. And always her left hand, never her right. Sure it makes it easier to animate their actions, but it also severly limits any trace of subtlety that could be done with a little modified tweaking.

Moving on, here's a particularly glaring example from BC's usage of the Midnight Skulker, in 1984 and 2006 - 22 years apart! 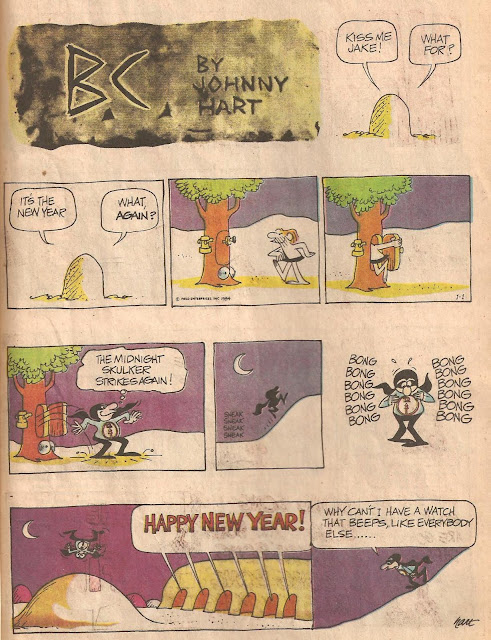 Johnny Hart thought he might've gotten away with it, but he certainly didn't count on any of his readers obsessively keeping his stuff for years on end. This wouldn't be so glaring if another Sunday comic hadn't used the similar concept just a year later. However, the result rather than just changing the punchline is completely different, leading to a rather nonsensical punchline.

The above may explain why its so difficult to collect Legacy comic strips. Sooner or later, you're going to run into an embarrassing amount of similar stuff that even the most casual reader is bound to notice. I’m reminded of this Bob the Angry Flower strip for some reason:

Moving on to more Wizard of Id examples. What prophecies does the future hold? 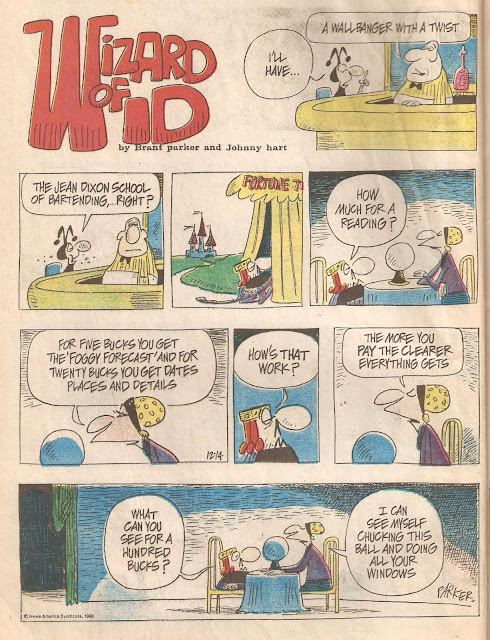 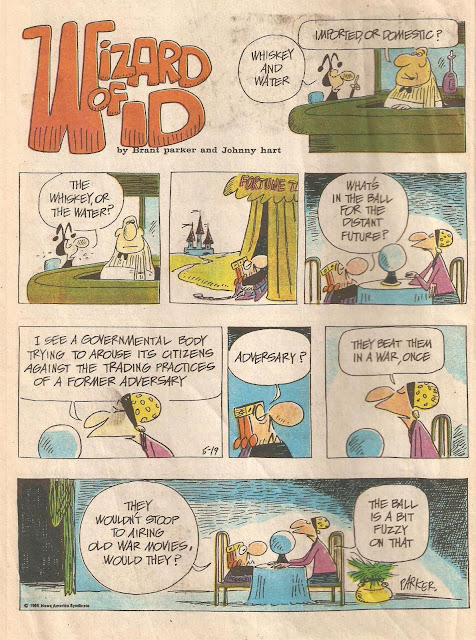 More repetition it seems. Just what the patient ordered. 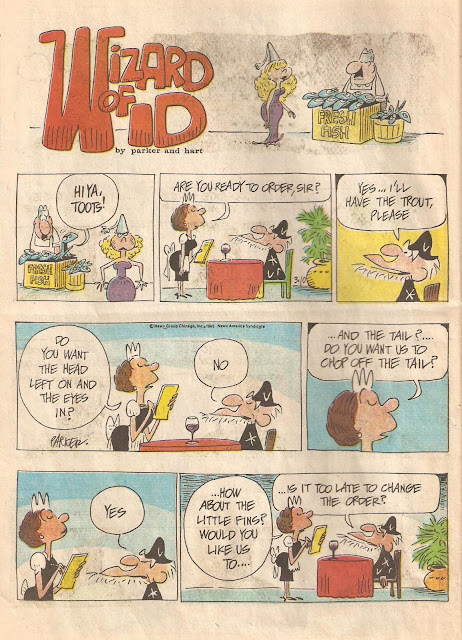 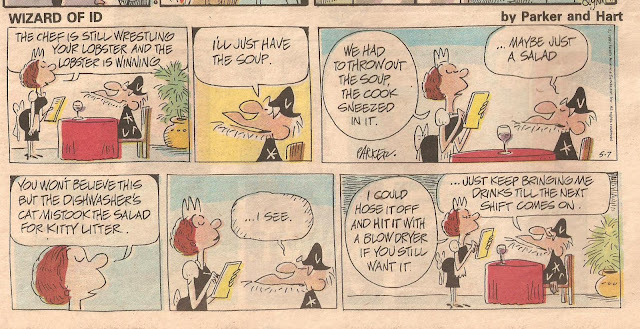