Recently, there’s been regenerated interest in doing research on why people download illegal copies of comics. I submitted my comments, but they haven’t shown up yet. For posterity’s sake, I’ll be reproducing them here, just slightly touched up and expanded in various places.

With the rise of bittorent file-sharing sites, fans have been able to spread decade-old comic stories that would otherwise cost hundreds of dollars for a casual reader wanting to check out a previous issue mentioned in a footnote.* (*See issue #243, page five, paragraph two!) This kind of mentality has led to people justifying their decisions, entering what I personally call The Privileged Age, where audiences see nothing wrong with reading new stuff for free. We’ve all been exposed to new media from the moment we’re born from generous strangers wanting to share their joy from a story. The difference is, there’s never been a time when so much material was available for simply snatching up without having to pay for it. 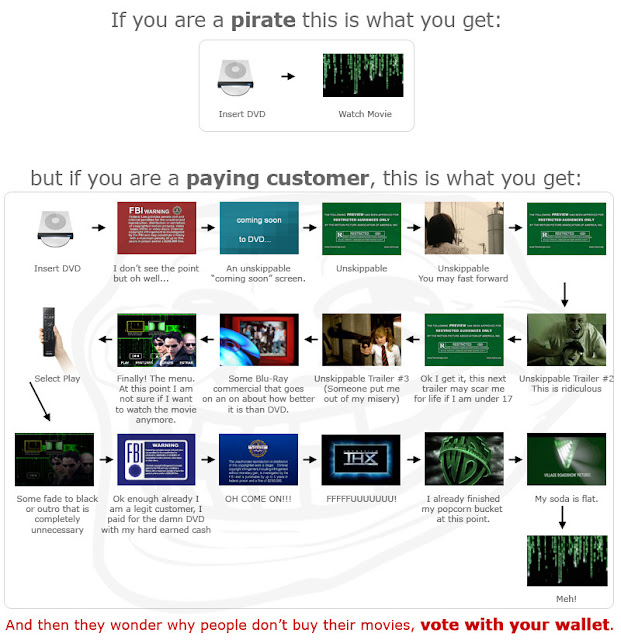 Normally, companies are eager to spread their product around for wider publicity. But not if customers keep taking free stuff without giving something back. There’s a reason fast food restaurants can afford to have free packets of ketchup readily available - they’d be useless if there weren’t any food to put on. Even if people take them home for personal use, they’d still have to purchase something else to eat. Ketchup cracker sandwiches can only sustain you so far.

For some people, they appreciate a work more when they have control over how they perceive it. I’m not talking about rampant censorship of certain segments they don’t like - I’m talking about accessing the material in a manner that makes most sense. While most people like reading a collected edition of a comic arc, others prefer to read a collected version into 22 bite-sized pages at a time. To extend the analogy further, some people may stretch out their enjoyment of a TV season by only watching one episode a week at a time. The pause button works even better - they don’t have to worry about missing an important segment of a taped show while they rush off to the bathroom.

The ability to have control over your medium is very attractive. Just look at how many men hog the remote control. This could also apply to the popularity of hands-on devices such as Ipads and the Wii. The same principle applies to comics. When I read a dense text-filled comic on the computer screen, I find it easier to scroll down one panel at a time, so I’m not distracted by visual cues from surrounding panels or text below the page. Likewise, I can manipulate the page to zoom in on teeny-tiny font that would be almost impossible to read without a magnifying glass. Giving the audience allowance to have carte blanche over your creation can be seen as something of an immense risk, but may be necessary if we understand their need to have some semblance of control. There are times when I wish that the collected Invincible trades would dispense with the cover inserts (much like in The Walking Dead) because the story flows so much better that way.

When I read movie descriptions that sound interesting, I usually stop reading further out of fear that I might chance upon a potential spoiler. I only go back to these reviews months later after it’s been released on DVD where it’ll most likely be captioned. I wouldn’t be able to enjoy it otherwise. There are some shows that I’ve been unable to watch simply because the companies have been unwilling or unable to provide necessary subtitles. Even more annoying if the movie itself is captioned, but the extra features aren’t - I can only enjoy half of the product.

Usually, I avoid downloading American comics unless I have a passing familiarity with them, or I read an interesting review or preview on Scansdaily. I like to sample the merchandise before buying it wholesale. I already have too many books cluttering up the house already - I prefer to sample the best comics available, and not feel discouraged when I wind up buying something I didn’t enjoy. For the most part, I generally restrict my readings to whatever volumes are available at the library.

Another reason for downloading a comic is to see if it’s my kind of thing, and determine if it’s the kind of story I’d enjoy. After reading the first three volumes of 100 Bullets, I torrented the rest to see what would happen next. When I was finished, I had NO IDEA what just happened after the fourth book. That’s a sure clue that I wouldn’t enjoy it even if reread in paperback form. It may also take some time before a comic hits their sweet spot. I didn’t become interested in Fables until the 6th volume, and The Walking Dead until the 5th.

In a rare instance, I downloaded the last half of From Hell, so I could print out the annotations at the end. Having the notes on another piece of paper makes it so much easier than having to constantly flip back and forth between hundreds of heavy pages. Too bad there aren’t any scans of Carla Speed McNeil’s Finder series - that one would immensely help as well.

I’ll play catch-up with a series’ run if I’ve heard good things about it, and want to familiarize myself with the backstory. I don’t like reading spoilers of events that I have no idea of what everybody’s talking about. I couldn’t stand reading the essays in Charley’s War talking about events that weren’t available in the current collections, and was incredibly impatient in finding out what happened in a British comic that ran 20 years ago. I was only able to alleviate my frustrations after downloading the rest of the comic online. That way I could be able to afford waiting for Titan Books to release one volume a year. However, the downloadable scans for the first 60 pages or so are of such poor quality that they would immediately kill any interest in anyone wanting to see for themselves. If I could, I would have the entirety of the Battle of the Somme available online for immediate reading.

Another major reason for downloading comics is that they may go on for much longer than a general casual audience would be willing to stick with. The boxing Manga, Hajime no Ippo has been running consecutively since 1989, and is fast approaching its 1000th chapter. Even if the most dedicated Manga company translated one volume a month, it still would take years for them to catch up to the latest chapters. Such long-running serials are similar to television shows that keep going on perpetual motion without ever approaching an ending. These series may be well-regarded in the countries they originated in, but they’re hell for outsiders who haven’t been immersed with the culture while growing up. As much as America is familiar with the Simpsons, Japan only knows the nuclear cartoon family from the commercials.

Lately, I’ve become more interested in comics that aren't available in English, and not just Manga. There’s several scanlations of European albums scattered around if you know where to look. However, the rampant sloppy translations and focus on realistic-art stories is something of a turn-off. I’d appreciate their efforts more if they focused just as much attention to the goofier-looking comics as well.

I for one support Ken Akamatsu's decision to request publicizing out-of-print Mangas for wider distribution. The ironic thing is that while Manga has been reputed for keeping volumes in print, they’re terrible at archiving their pages in a long-lasting form such as microfilm. Finding quality scans of original pages was a major concern of Dark Horse comics, which was why releases were so sporadic and far between. If you make a photocopy of a comic page multiple times, you lose a lot of detail. Just check out the differences between Japanese Mangas and their Chinese translations.

One particular European comic I’d really like to see either back in print or online is Vittorio Giardino’s A Jew in Communist Prague. It’s a coming-of-age story of growing up in a repressive dictatorship in the 1950s. The protagonist Jonas Finkel is casually enjoying life when his father is suddenly arrested for reasons that’re never explained by the authorities. As a consequence, Jonas is expelled from school because of being associated with a criminal, and his mother is tied up with the justice system trying to wrangle answers from the politicians and police. Later, Jonas has to find a job to support his family.

Sadly, the preview is only available for the third book, and those few pages are too small to appreciate the powerful effect. For a better appreciation of his ligne claire art, here’s a montage from another French blog:

If there is a fault with his masterpiece, its that the third book is very reminiscent of one of the subversive Kafka stories Jonas and his friends are interested in. It doesn’t so much as end as it just abruptly stops. It wasn’t until I started looking up information about the author that I was surprised to find rumours of a fourth volume that had never been translated. However, further inspection of any more details remains sketchy, which leads me to believe this elusive 4th volume is nothing more than an omnibus collection or sketchbook. 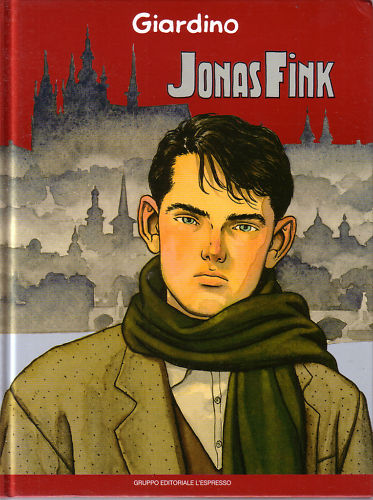 I didn’t mean to talk so much about this title so much, but with my Bubby moving, it means that I no longer have access to the library near her apartment that has multiple copies of this book. Sure, I could read it if I went out of my way to go there, but it’s not quite the same.

In summary, the main reason people download loads of stuff is that they’re looking for something that the current marketplace isn’t already offering them. Even with all the choices available to us, the audience is saying: “It’s not what we’re looking for.” Ironically enough, this same mentality prevents companies from investing into risque properties that could be considered unmerchandisable. Fortunately, that’s what webcomics are for. If it weren’t for their branching out into fields that would never be considered otherwise, we would’ve been stuck in stagnation long ago.
Posted by DeBT at 10:25 PM