At precur, where I made a lengthy post about the unfair hierarchy of respect between men & women’s literature, and it started me thinking about the differences between American Romance and Japanese Girl’s comics. Although Harlequin Romance gets no respect on these shores, it’s still a perennial bestseller despite (or because of) their cookie-cut plots. 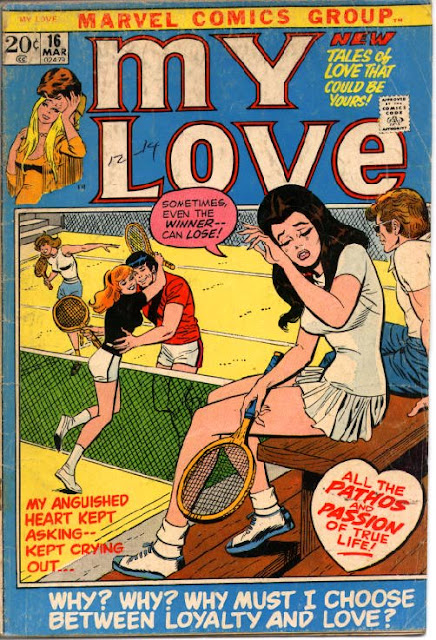 My knowledge of what happens in the interiors of Romance comics is severely limited to what I’ve seen on the web, but I know they tend to follow a basic formula. Woman sees man she likes. Obstacle (class differences/love rival/natural disaster) intervenes. Woman angsts. Man admits foolishness on his part / woman realizes her mistake. Happy End! I’m sure there are more intrigues involved, but given the majority of Romance comic plots were 6 pages long, there’s not much room for subtlety there. 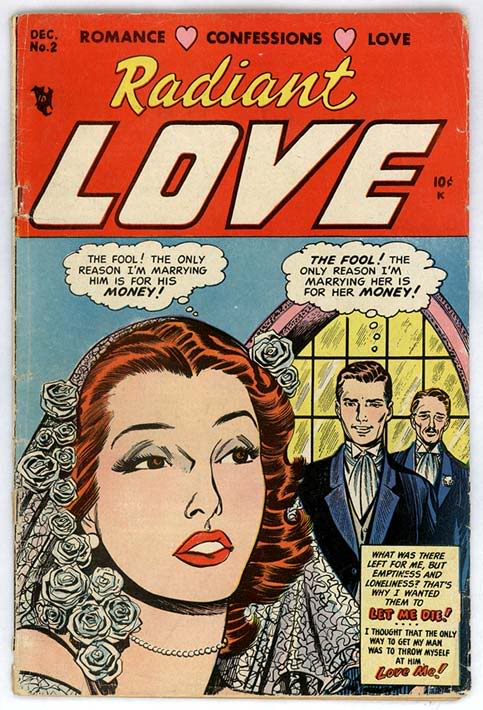 Where Romance comics covers are filled with crying women, Japanese comics in contrast have happily smiling girls. At the time, I wrote, “Great marketing technique there – who’d want to buy something where the girl is always sad?” 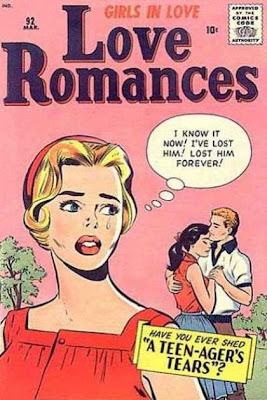 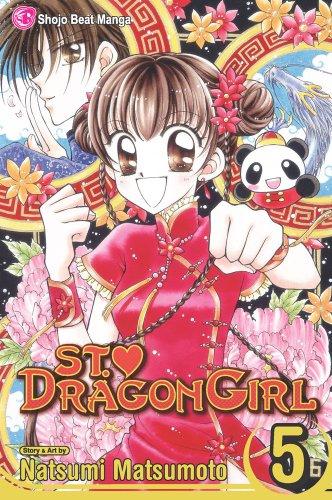 The difference is, while the outside Manga cover may be featuring optimistic girls, on the inside, they’re filled with inner turmoil. Here’s the cover to the 7th Nana volume, which is the turning point early in the series’ run. And the smiling protagonists just belie the events that transpire within. 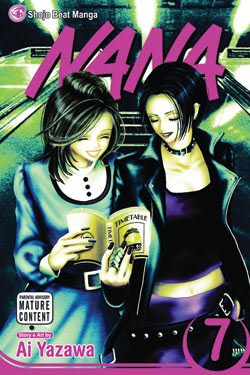 Likewise, here’s the 6th cover to Kitchen Princess, and a fairly traumatic event happens within these pages. 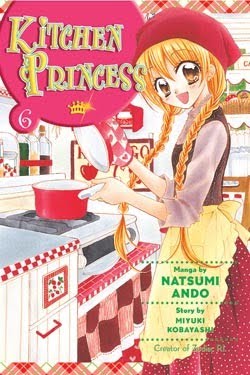 The Japanese covers are just a tease without any of the inner demons that lurk within. While American comics show a conflict that’s easily solved with. So which is the better one? Myself, I think the Manga versions are a metaphor for how women feel. On the outside, they may be all smiles, but in the inside, they’re crying. 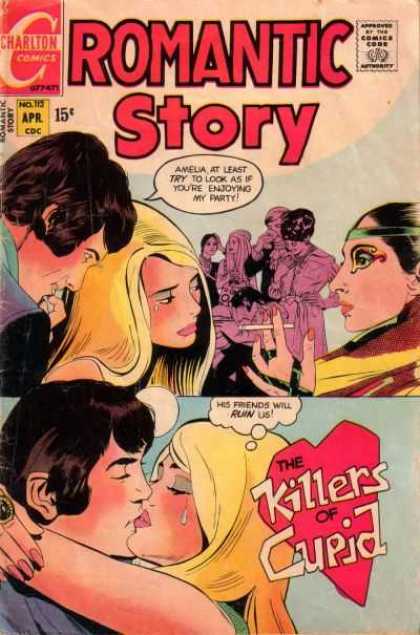 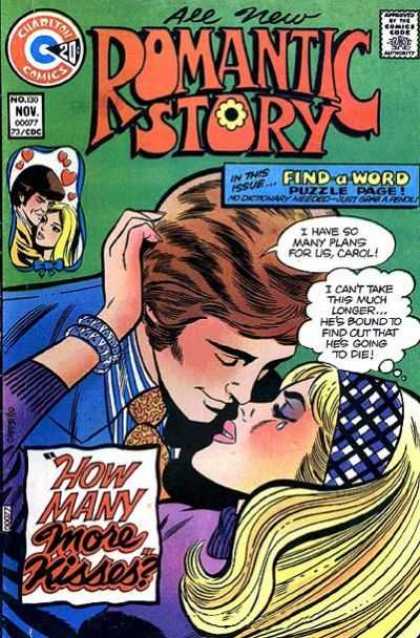 When I was doing research of Romance covers, I thought it would be easy to find plenty of examples of crying women. Imagine my surprise when I found that there were more covers of the women kissing than crying. 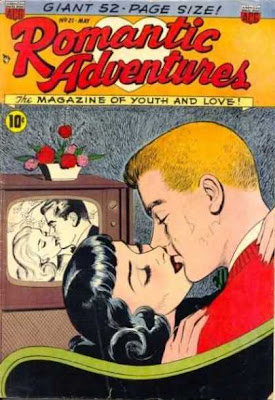 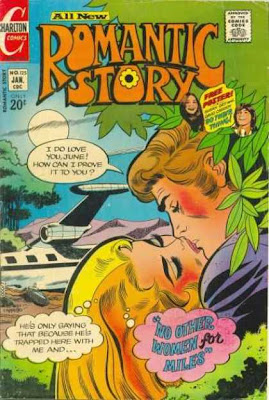 This is probably the happiest Romance comic cover I could find, which is pretty sad if you think about it: 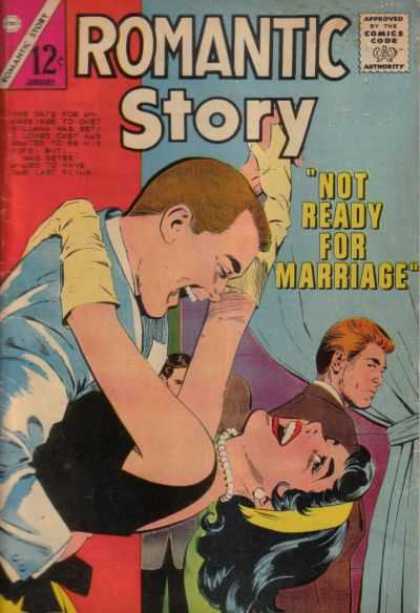