With the sudden death of legendary comic writer Harvey Pekar, I was surprised at how upset I felt. After all, I hadn’t read his stuff in a long time, and found that rereading his works could sometimes be something of a chore.

For me, it was because Pekar was just finally beginning to have his earlier works recognized after working for years in obscurity. His comics might not have spoken to the average comic shop customer, but they certainly reached a wider audience when they were collected in attractive books. Then his agreement with several publishers gave him another creative outlet to produce expanded versions of his earlier stories. I hope he managed to write several scripts yet to be drawn before his untimely demise. 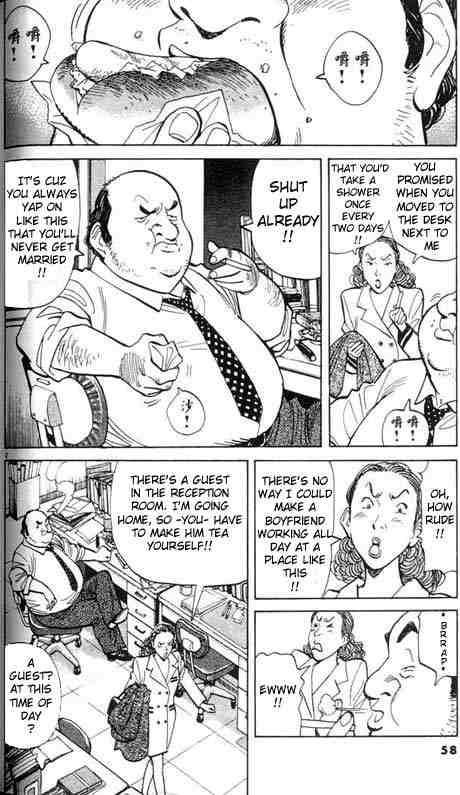 Since Harvey Pekar had help from other artists who helped support his vision (which can’t have been easy), it gives me a margin of hope that I might be able to find someone willing to draw my story ideas. One comic I was particularly interested in was where a man with Asperger’s Syndrome wrote a comic-based biography in a stuffed envelope that was eventually placed in the middle of a typical Pekar story. 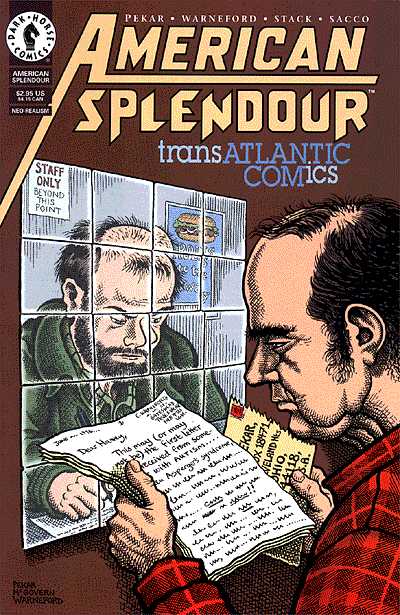 It was only after reading his American Splendor books that I managed to better appreciate the works of Posy Simmonds. 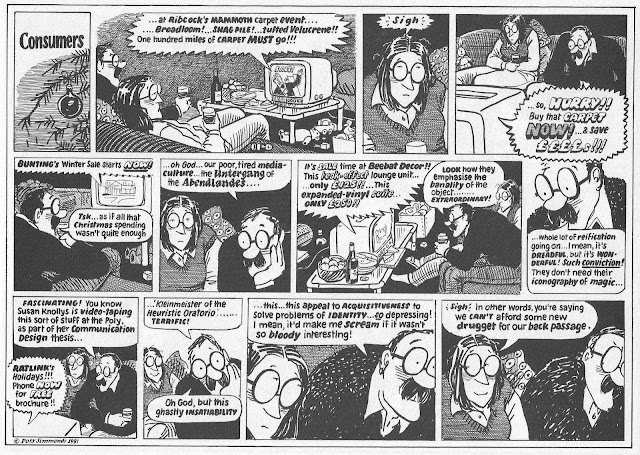 Comic veterans know Posy by her later adult books, Gemma Bovary - a modern retelling of the classic book Madame Bovary, and Tamara Drew - based on Far from the Maddening Crowd. But what not many know is that before she started writing and drawing these dense comics (which have written prose alongside the drawings, which also have word balloons) she drew a weekly strip for the Guardian originally titled “The Silent Three”. It started off as a parody of girl’s adventures stories. But later, evolved into a more sophisicated strip that poked at the foibles of Middle-Class living. 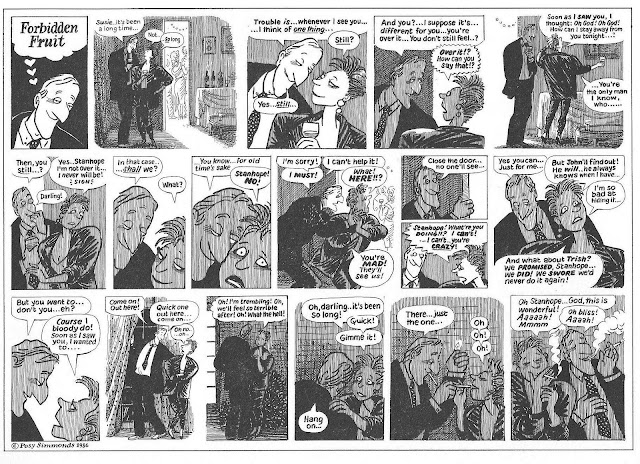 Strangely enough, unlike other strips which hang on to their titles for maximum recognization, later versions of the strip were left untitled, oftentimes replaced by the theme it was going to cover. The book collections so far are: Mrs Weber's Diary, Pick of Posy, Very Posy and Pure Posy. Named more for the artist than any characters in the books. 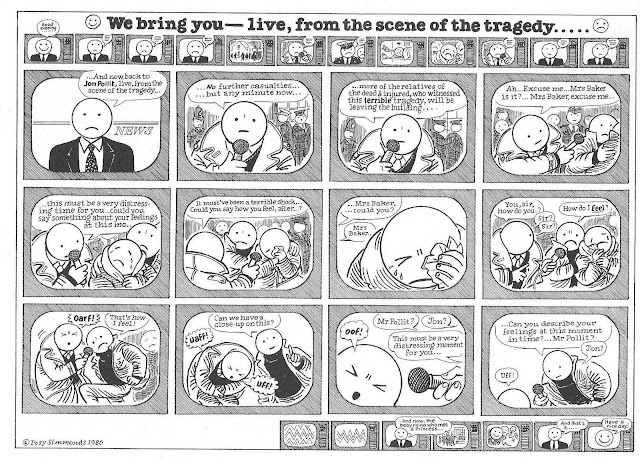 In my mind, this seemed to me what a cross between For Better or For Worse and American Splendor would look like, if Pekar had a consistent artist. If FBOFW was the highest bar that could be set for a Family comic strip, then Posy Simmonds sets that bar even higher. And this was in the mid-1980’s, when FBOFW was just finding its legs. 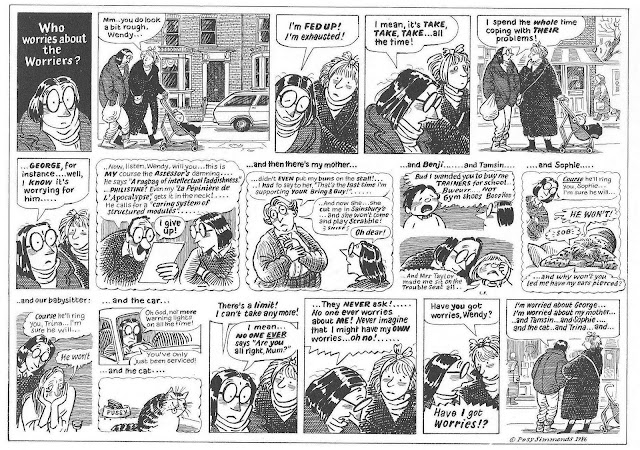 By sheer chance, I found two books collecting her early stuff, which strangely hasn’t been reprinted, given her later notoriety. Even stranger is that her collections are out of chronological order. You’ll have a strip from 1985 alongside a strip postmarked from ‘87.

At first, I thought she didn’t seem to have any understanding about the comics medium, since she was continually defying my perceived conceptions of how comics should be. Take a look at the last panel of this strip: 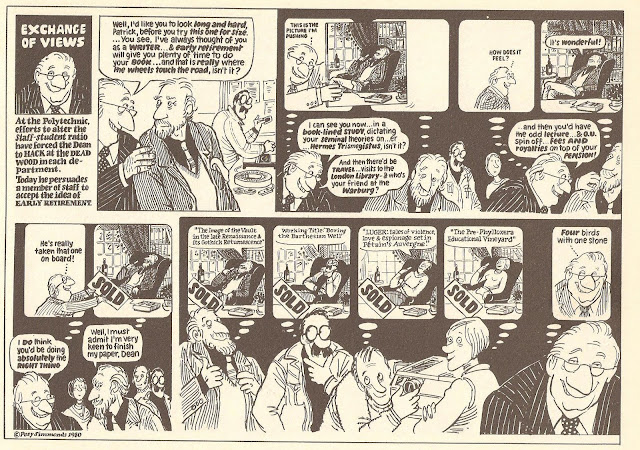 The businessman is thinking of himself talking about himself. The obvious “correct” way would be just to have a blank balloon with the relevant text, but alongside the other characters who’re thinking of themselves, it kind of makes sense. It was maddening to me how she would insert narrative where there didn’t need to be any. Then there would be little notations for how a character would talk. Instead of using half-invisible balloons for soft speaking, she would use *undertone* instead. 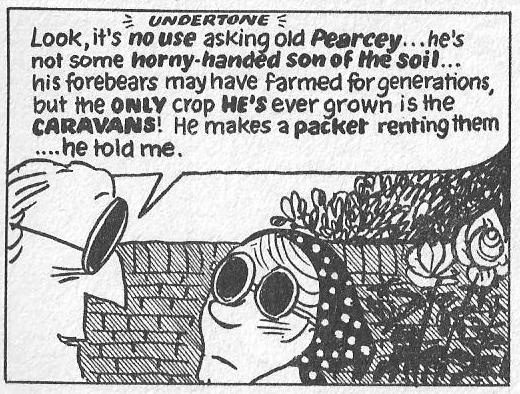 The cast consists of:

Wendy Weber - a former nurse turned writer of children’s books, and the central character of the strip. Obvious avatar for Posy Simmonds herself, since she also wrote children’s books herself. Wendy has SIX children.
George Weber - Wendy’s husband, is a polytechnic sociology (social science) teacher, and tends to go off into psychological intellectual observations that are almost impossible to impentrate.
Benji Weber - the youngest of Wendy’s children.
Amanda and Tasmin Weber - twin girls.
Sophie and Beverly Weber - despite being teenages of similar ages and opposite gender, they’re almost never seen. Their role is mostly supplanted by...
Belinda Weber - the eldest daughter of the Weber family. Is also the most mature and something of a rebel. 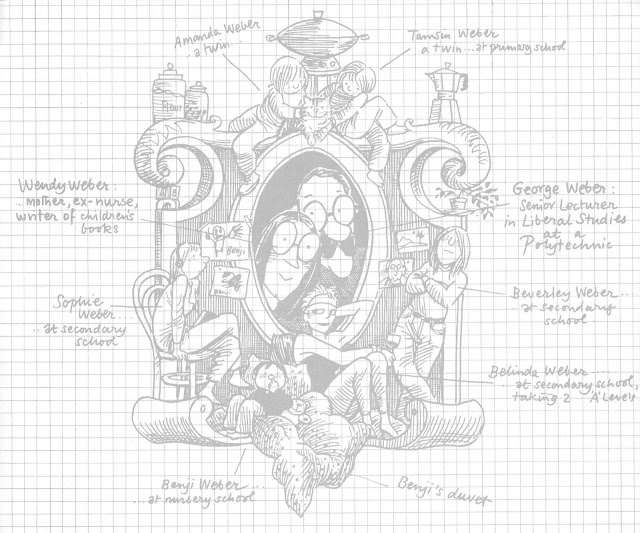 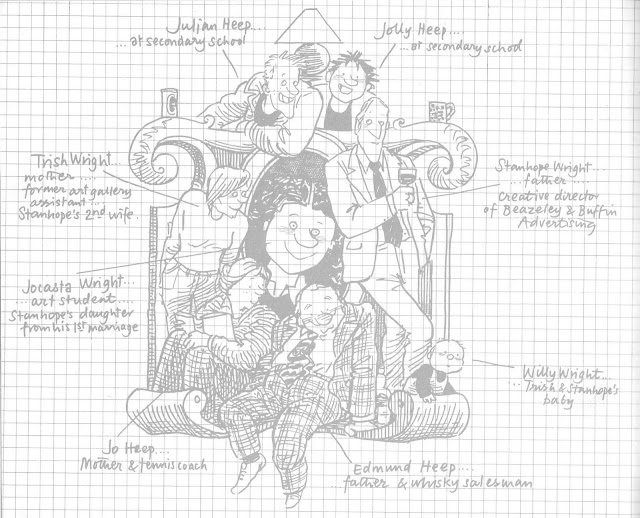 Then there are various stories from their Mother-in-Laws, other relatives and the occasional neighbor friend who may show up once. 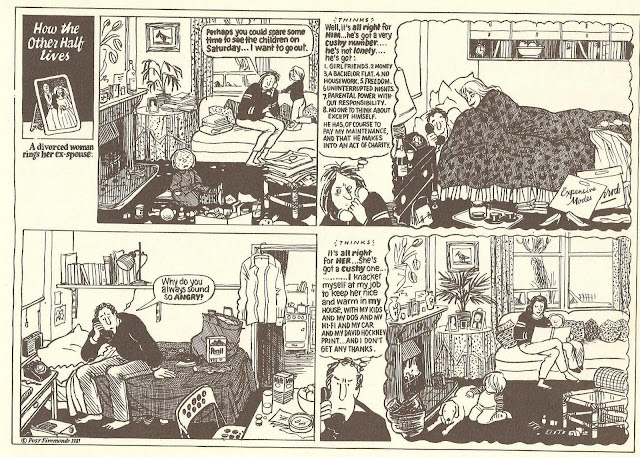 Like Pekar, Posy had a very linguistic verbosity within her strip. At times, it was so British it could be difficult to figure out what some of the characters were saying, and necessitated multiple re-readings to understand the underlying message. 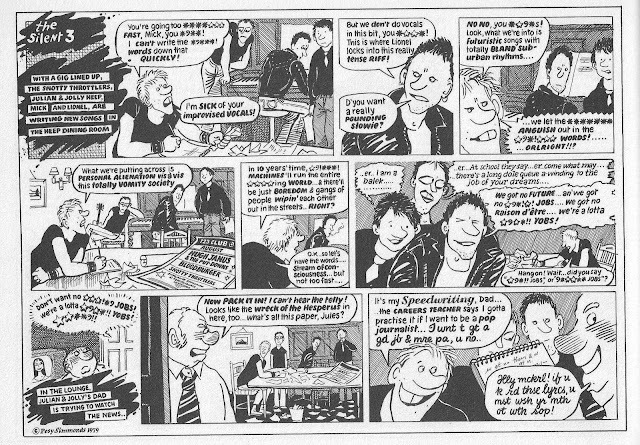 It was only when I read this strip below that I began to understand why a lot of the humour tended to go over my head. It depended a lot on the dilemmas of class divisions, and the notion that certain people are better than others. Once I got that tidbit of information down, the social arguements in other strips began to make much more sense. If there is a fault, it may be that some strips need a certain British mentality to truely appreciate them. Not to mention that because of the sporadic organization of the collections, there’s not a continual story line. All the characters are locked in their roles and never advance or grow any older. When the strip ended in 1987 (with the marrying of Belinda) that might have been around when Posy decided to stop. 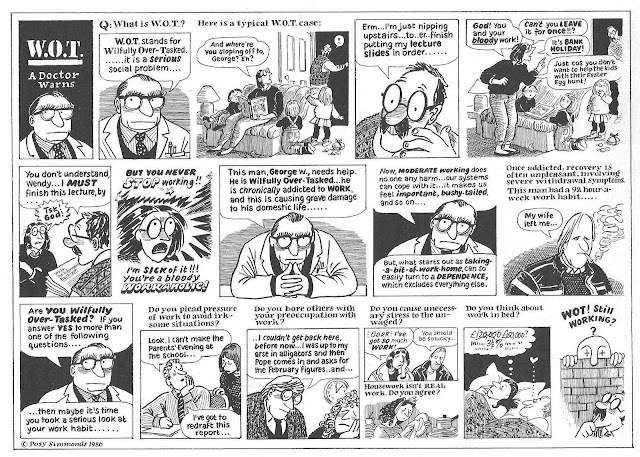 This is not an easy strip to jump into, but then again, neither was Pekar’s works. You need a really open mind to be able to appreciate these kind of comics. They’re more satirical and witty than actually funny. 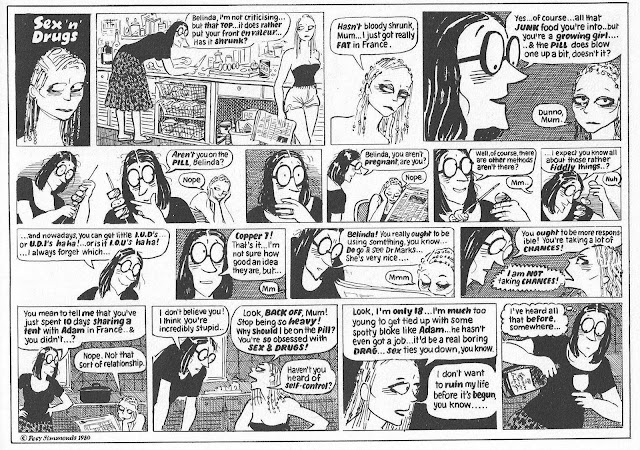 This is something that comic veterans should give a shot at, if they find the current comic output to be lacking. I’m sorry that I never got the chance to tell Pekar about this strip before he died. We should pay our respects for those groundbreaking trailblazers before they pass on. I can only hope we can get more appreciative stuff from Yoshihiro Tatsumi before he succumbs to cancer as well. 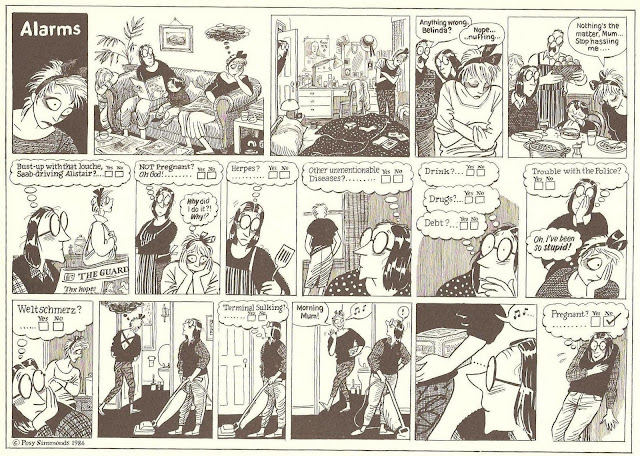