I wanted to talk about today's Blondie:

It's actually a much more condensed version of a Sunday comic. Here's the September 18, 1983 version: 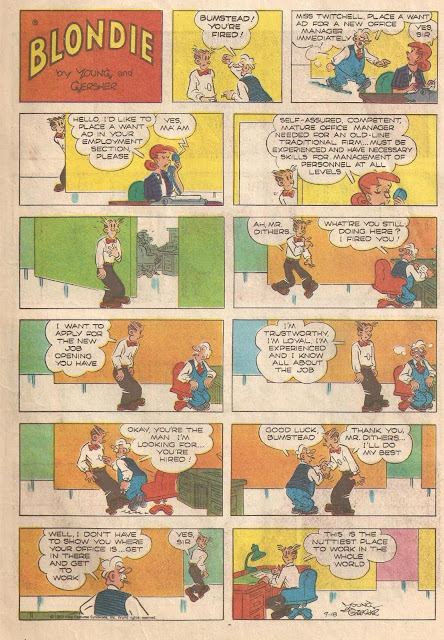 Blondie always had more panels than other Sunday comics. It made for much more interesting reading, when they could choose their rhythm over a space of twelve panels. For the longest time, I thought it was an holdover from the Golden Age of Sunday comics, back when they had more freedom, similar to how Doonesbury had larger panels.

It was disapointing to me when it went from widescreen panels back to larger space panels around November 1986. That was the point I felt that they were taking shortcuts, so it wouldn't take so much time to create a comic. So I was very suprised to see that it actually returned to its roots.

It wasn't until several years later when the dailies went from four panels to three that I felt the strip was just coasting along. Even the Sunday where Dagwood quit his job to work as Blondie's caterer didn't amount to much. 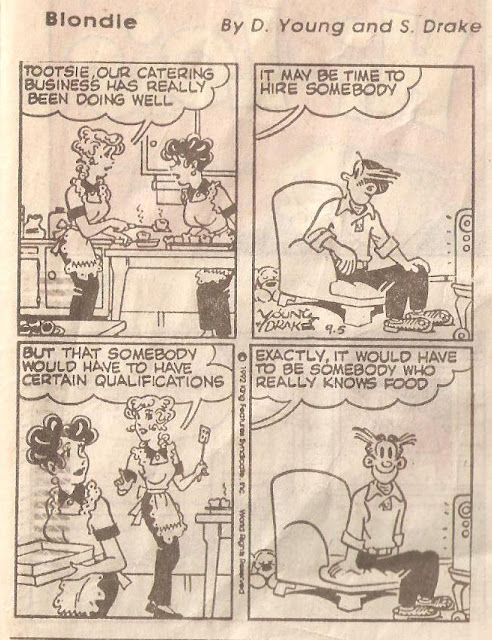 That historic moment happened on September 6, 1992. 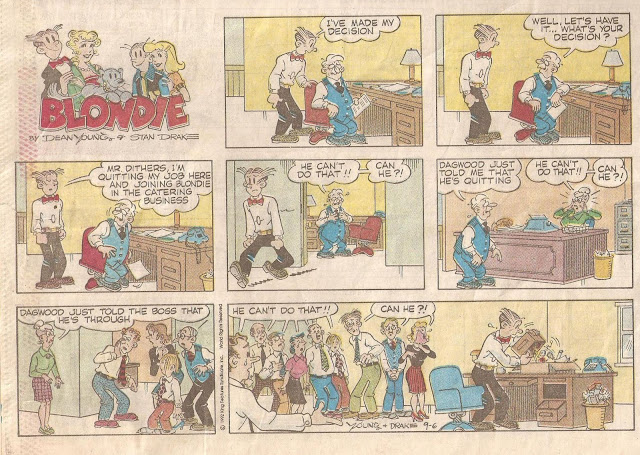 This sudden change in status quo lasted for an impressive... two weeks.