Something that I was thinking of when I composed the last post about the Muppets - growing up, the only entry to their world was through Sesame Street, the Sunday comics, and of course, Muppet Babies. I was limited to those since I had no real interest in watching the Muppet Show, and their movies weren’t captioned.

Being deaf, I had no clue what they were saying, but figured that because of the high production values of Muppet Babies, they were always saying were endlessly witty quotes onscreen. Even though I had no idea what the characters were saying, that still didn’t stop me from imagining what possible quirky quotes they might be saying. Unfortunately, when I actually did see the Muppet movies with subtitles, I was extremely disappointed at how lackluster the dialogue was compared to the other versions I’d seen. It couldn’t possibly match up with my preconceived notions of what I thought they were saying. 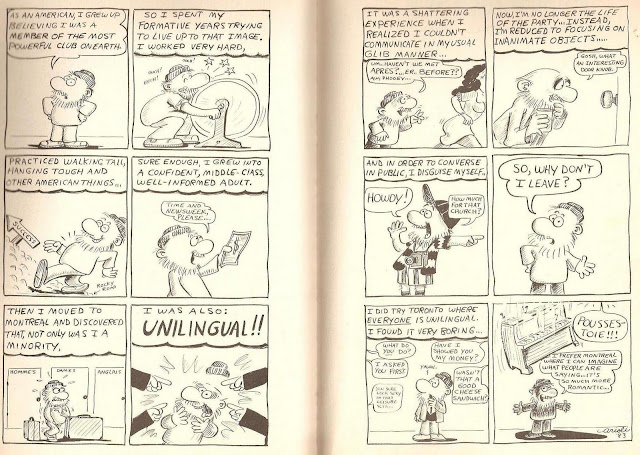 It’s why I’ve always been deathly afraid of watching the captioned version of Sailor Moon. Even before I knew that they’d watered down the script and deleted some scenes (though they were easy to catch if you paid attention, and the foreign versions of the show showed them in full) Whatever the script was couldn’t possibly be as imaginative as what I thought the characters were saying. I avoided it simply because I didn’t want my illusions shattered. 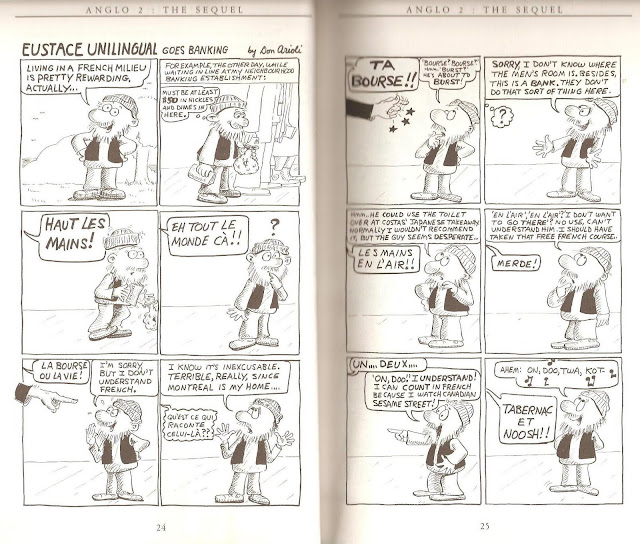 With the opening of the Scooby-Doo, I simply implanted various spooky noises in tandem with the characters movement and the overall theme. For years I was convinced that my interpretation was the authentic version. Now that I know what the actual lyrics actually are, I’m even more disappointed to know the truth. 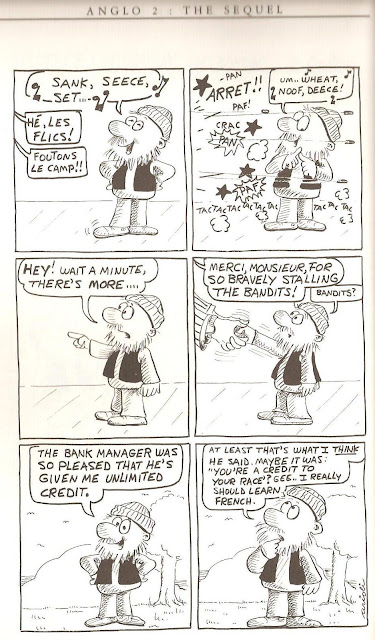 Sailor Moon wasn’t the only Anime I watched without knowing a single thing that was going on. Many cartoons were designed so that even if you couldn’t understand a word being said, you could at least follow the story by the action alone. One of the strangest Animes I saw on a foreign channel was an educational show about a miniature alien who had pink hair for hands, called Ordy. 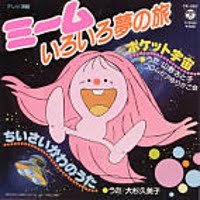 That's certainly an unusual character design, unlikely to be copied elsewhere. One of the multi-parters was when Ordy confronted a conflicted boy who seemed to be doing some dishonest stuff with a computer. And when the was boy felt like he was backed into a corner, he trapped Ordy into the pixelated realm of the computer. 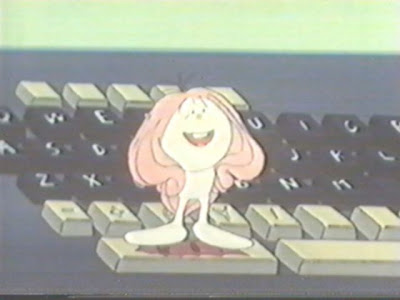 Even before I knew about Anime, I could still get the sense that Japanese Animation was different from American Animation. Unlike limited American Animation where the characters (such as Hanna-Barbara) got away with simple talking by nodding the head at random intervals, Anime characters just moved their mouth without moving their heads. Yet I always found that more appealing.

Another Anime I occasionally watched was the Anime version of The Wizard of Oz. Just looking at a single episode was enough to see that it was remarkably different from the movie version. In one episode, the Tin Man was grappling with a beast in water until he rusted up and couldn't move. Then the scene shifted to the munchikins in a mine talking about the jewelry there. All Dorthy could do was watch the Tin Man be helpless beside the beast while she was riding a Grifon. I think the entire series is available on DVD, though I haven't managed the courage to risk buying it.

However, there’s a flip side to not knowing what’s actually being said. One of my favorite commercials in my youth, for the Candy bar Whatchamacallit, embodies this belief. For years, I always just assembled various sounds to the multiple images associated with the chocolate. It never occurred to me that there were actual lyrics in time to the music.

I was pleasantly surprised to find out that the actual verses vastly outperformed what I thought was the musical theme. Even though I now know what the actual lyrics are, I still think of the sounds I remember back then.

It’s part of why I so much appreciate European comics more than American comics. You can just look at the pictures and easily follow what’s going on. The difference is that, unlike Manga, the dialogue is much wittier than anything I could possibly conceive the characters of saying.

Part of what made Manga so impenetrable to American audiences for years was that so much of what was translated was adult in nature. It was only when they started bringing over Children's Mangas that they started to gain a serious foothold that has yet to let go. That's the basic corporation formula that American comics have long forgotten - attract the children first, and they'll follow you down to the pits of hell.

A few of those are only just recently being translated by Cinebook. Various titles include: Iznogoud, written by the same author of Asterix. Thorgal, the Viking whose adventures I prefer to Conan. Melusine, the 100-year young witch. Lucky Luke, the gunslinger faster than his shadow. Papyrus, Yoko Tsuneko, Yakari and other titles I don’t know are also good reads.

Unfortunately, due to lack of publicity, and an atrocious animation system, very few of those comics will ever likely be as well-known over here as they are in their home countries. Not to mention that, personally, I feel that some of these books would work better as omnibuses, especially since 48 pages for $10 doesn’t feel like much, even if those pages are jam-packed with details.

I’ve long thought that if there was a scanlation site that had 1% of the energy that most Manga scanlations have, we would have more access to European stuff other than Asterix or Tintin. (In fact, a Manga site once did scanlate a series, Lanfeust of Troy, but they quickly dropped it once they changed servers) If I had more knowledge of French, and the knowledge & patience to scan & translate BDs from the library, I could've made a serious contribution to the comics world.

I especially enjoy these translations on Scans-Daily, and am sorry that there aren’t more. There’s literally tons of untranslated stuff over there that’s in desperate need of wider recognization.
Posted by DeBT at 3:42 PM