One of the sad realities of the Newspaper comic strip is that for every successful strip out there, there are dozens of strips that fail to find an audience. The demise of a strip can depend on several factors: Whether it could find an audience based on it's theme; if the jokes are funny enough; if the characters are drawn well; and most importantly, if the audience likes reading it. 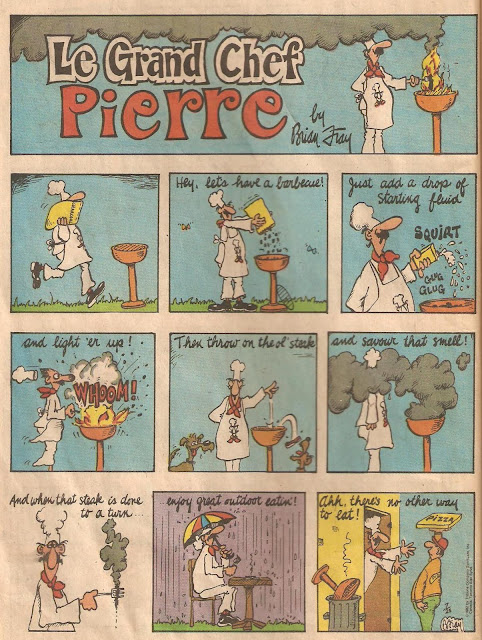 The cancelation of Le Grande Chef Pierre by Brian Fray was one of these. A Canadian cartoonist who used his titular character for cooking mishaps. Until I searched for his name online, I was unaware he had used his character in single-panel comics called Chef's Corner. 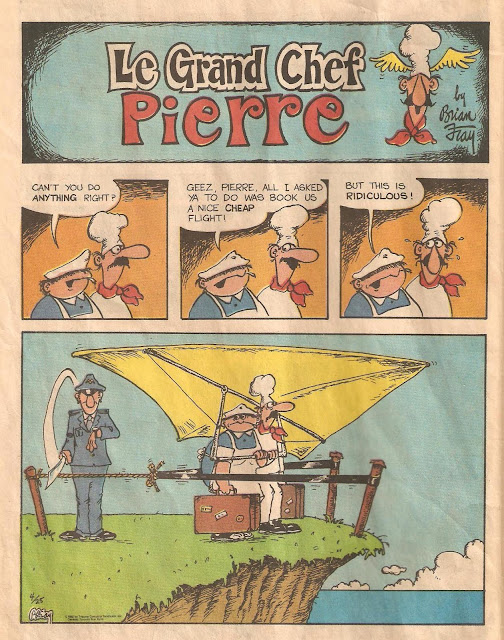 One of the things I found remarkable about this Sunday comic was that it used the throwaway panel to summarize the entire strip, long before Broom Hilda used it later. (Garfield doesn't really count, since the throwaway panels in the fat cat strip aren't connected to the joke. They're really just exercises in design.) 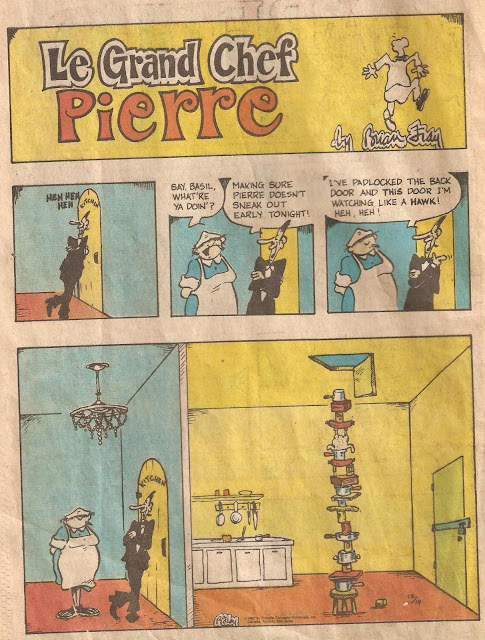 The cast is made up of three characters, Chef Pierre, the waitress Lola, and the head waiter Basil. If I hadn't seen his name spoken here, I never would've known what it was. 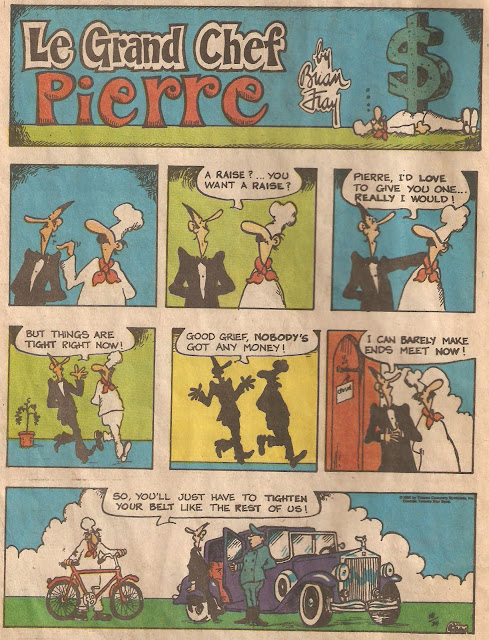 A hallmark of a good strip is how timeless a joke is long after the publication date. The above strip still (unfortunately) rings true today.

One thing that I didn't register for years was that the titular character, Chef Pierre, never says a word. Even in the first strip posted here, it's just cooking instructions in cursive narrative. I always enjoyed that kind of unreliable narrative, where you have to struggle with what's being said versus what's actually happening. 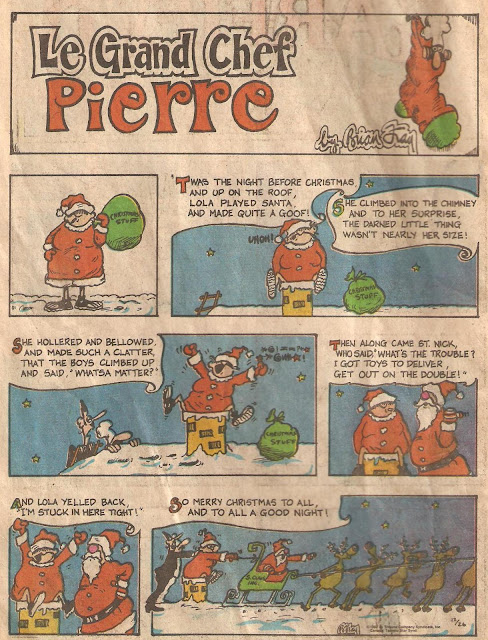 I may post the rest of my collection if I get the chance, but this seems like a good point to stop off at.
Posted by DeBT at 1:40 PM