In liu of appreciation of Fantagraphics announcing their plans to publish Moto Hagio Manga, I thought I should show a few pages from the They Were Eleven sequel. I saved these images from the old Scans-Daily site before it was taken down. 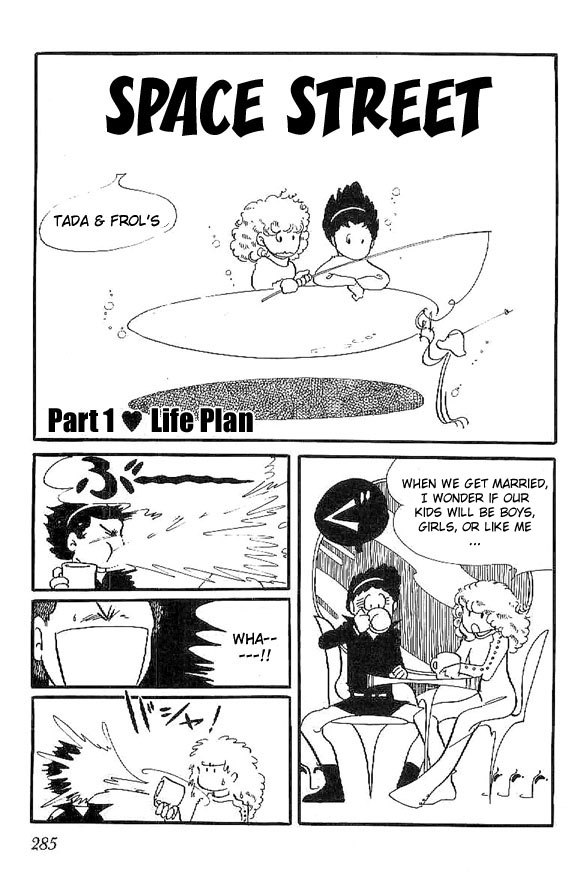 For those of you who haven’t read the Manga, a good summary of the story (minus any obvious spoilers) can be found here: 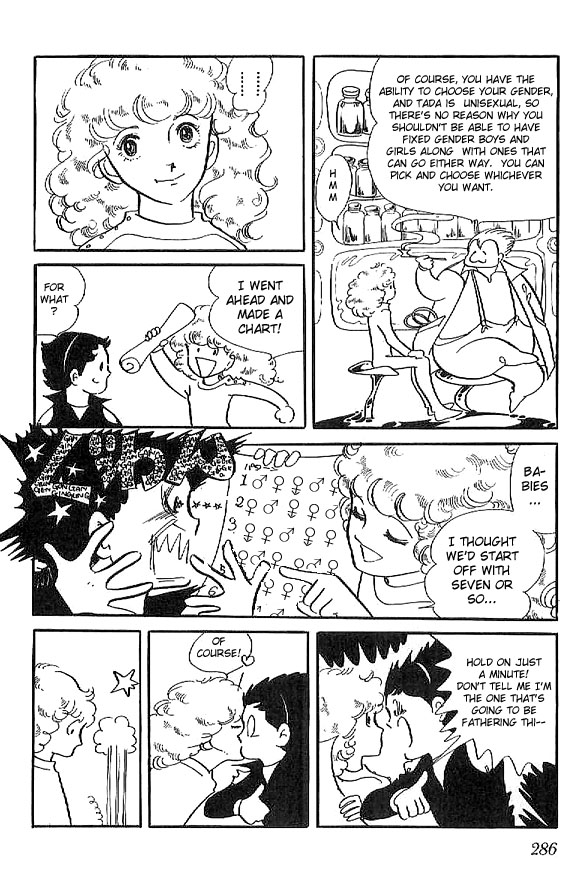 There is however, one passage I disagree with:

Two of the characters in the story are species whose gender is not determined until adulthood. One of these, Frol, who is decidedly feminine in appearance (...), is taking the test because she will be allowed to become male if she passes, a privilege otherwise only granted to a family's oldest child. On Frol's planet, "men govern and women work," and becoming a woman would mean relinquishing all autonomy and joining the harem of the neighboring lord (eighteen years her senior), so it is understandable why she would want to instead take advantage of her society's male privilege and collect a harem of her own. (Emphasis mine) 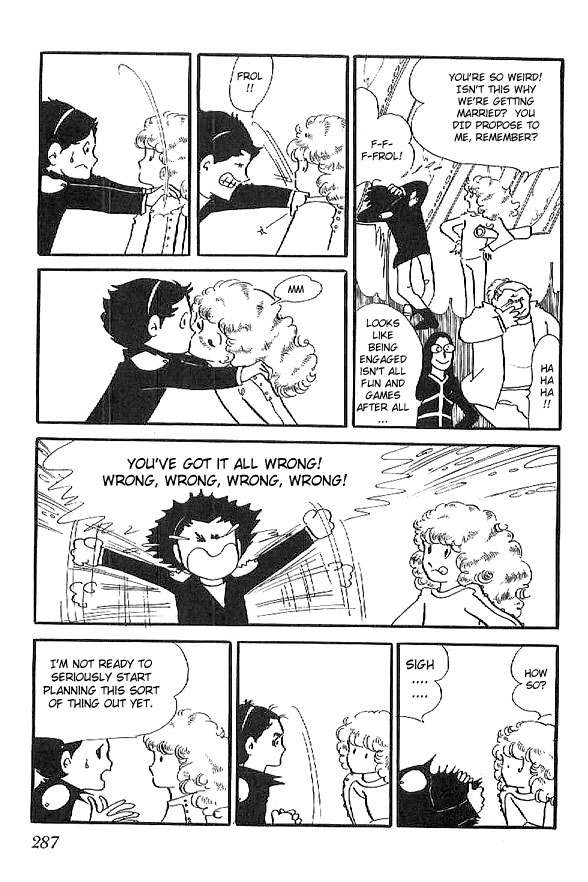 Apart from the benefits that becoming a male would entitle, nowhere in the story does Frol ever display any enthusiasm for acquiring a harem of her own. That’s simply implying intent where there is none. What Frol really wants is the power to make her own choices, rather than have her choices made for her. And if she passes the test, that’ll give her legitimate claim to follow her own path. (However dubious that path turns out to be) If Frol seems “simple” as Melinda Beasi claims, then it’s more in part of her boisterous attitude during the introductions than anything else.

It’s also an apt metaphor for the misogynist attitude in Japan which tends to favor the male hierarchy. To be fair, the U.S. is hardly alone in this worldview. Hence the enduring popularity of gender-bender series such as Ranma ½, Your & My Secret, W Juliet, among many others too numerous to name. 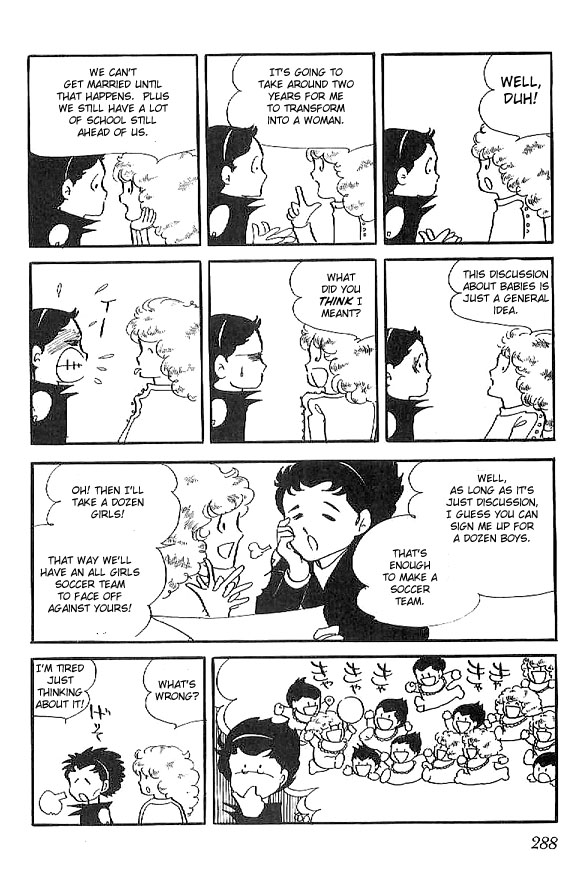 I have no idea who scanned or translated this piece of comedic material, but my thanks go out to this anonymous contributor.

This may also be the only piece of scanlated Moto Hagio Manga out there, which is kind of sad if you think about it.
Posted by DeBT at 2:08 PM