In the early 80's, before Pat Brady found success with his Rose is Rose comic, he tried his hand at the rather pessimistic look at Office Humour, Graves Inc. 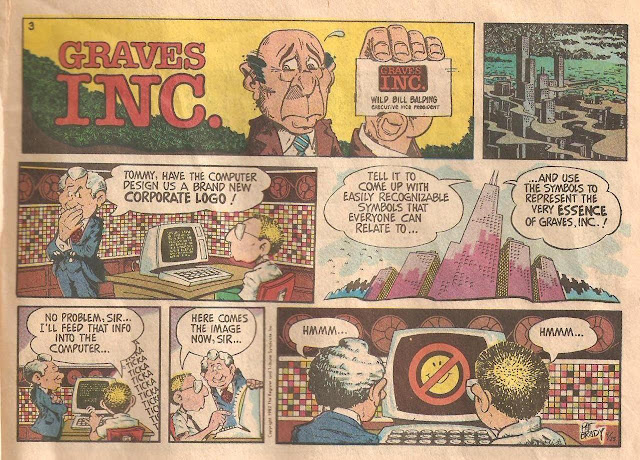 It resonated with all the force of a resounding thud. Even now, information about this strip is scant on details. This page is the only information I was able to find out about it, and even there, it's very slight. Given its apparent unpopularity at the time, even with the corrupt marketplace, this failed to catch on. I wonder why?

It could just as well be a state of misplaced values. After all, what's popular now might not necessarily be popular in the future. And vice-versa. With the success Dilbert and The Office is enjoying now, it seems like a wasted potential, especially since the drawing is much better. (A common complaint Scott Adams hears frequently) Just take a look at this rendering of a classic movie: 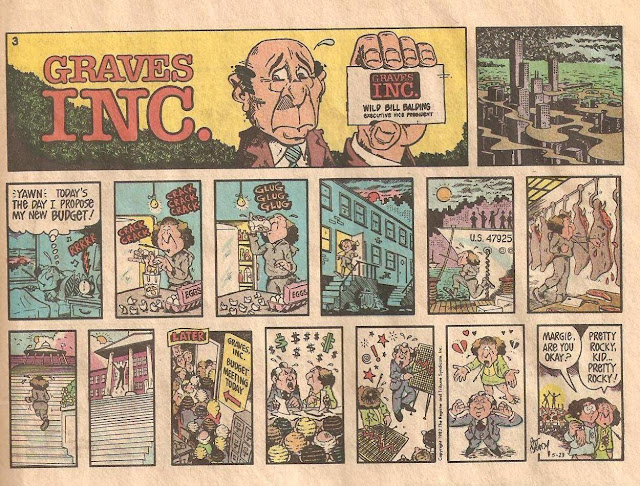 The amount of panels is impressive here, especially considering the amount of detail put in each panel. The courthouse scene alone has dozens of stairs, all in an effort to give the general feel of the challenge ahead. I read this long before I ever heard about Sylvester Stallone, and as such, much of the movie was ruined for me since it so perfectly captured the pure essence of the plot with just a few pictures. 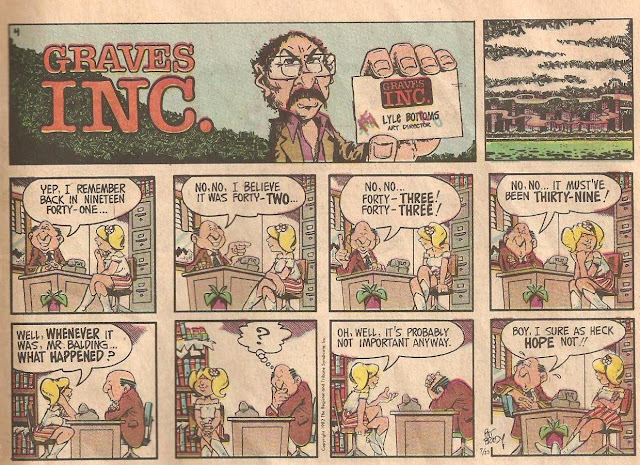 The more observant among you may have noticed the numbering in the left hand side of the top two panels. It's a very good possibility that Pat Brady had various logos that he would've rotated out on a regular basis. I, myself am very curious as to what those throw-away panels (as Bill Watterson named them) would've looked like. Not to mention the single panel representing a smoky vantage view of the city - and each one of those are different. 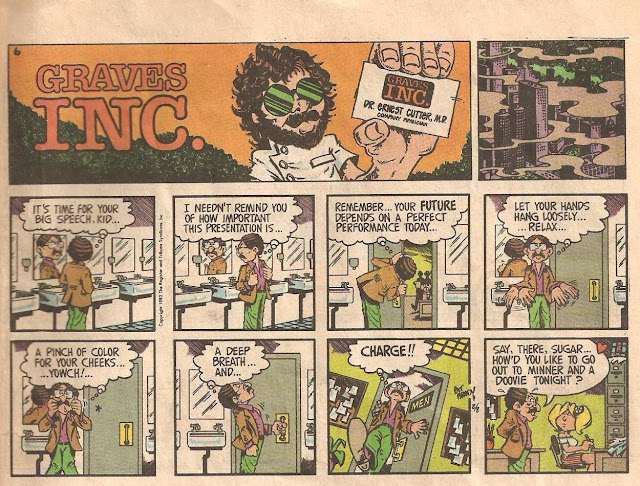 Sadly, these are all the Graves comics I was able to get before my paper dropped it. Ironically enough, it was replaced by another workplace comic which I liked better, so I didn't miss it that much. That'll be the subject of my next post.

But still, now that I can look back now, I sometimes wonder what might have been...
Posted by DeBT at 2:44 PM