One week after Graves Inc. was dropped from my newspaper, it was almost immediately replaced by another similarly themed comic; Duffy. 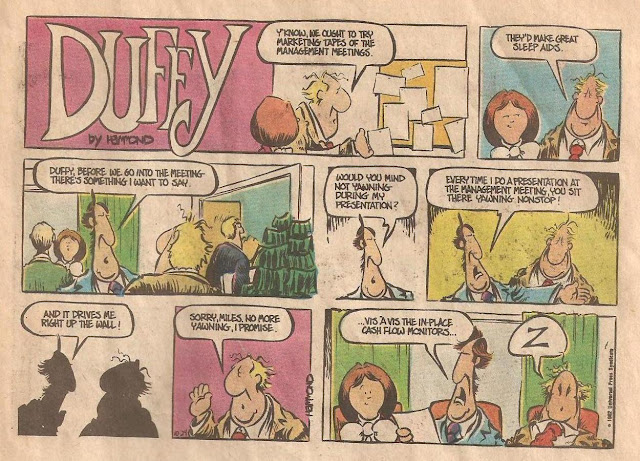 As I mentioned in my last post, the humour in Duffy was much gentler compared to the harshness portrayed in Graves Inc. Although it took place in an officeplace, it didn't revolve around it. Much of it was told from Duffy's dry exasperation at what was happening around him. 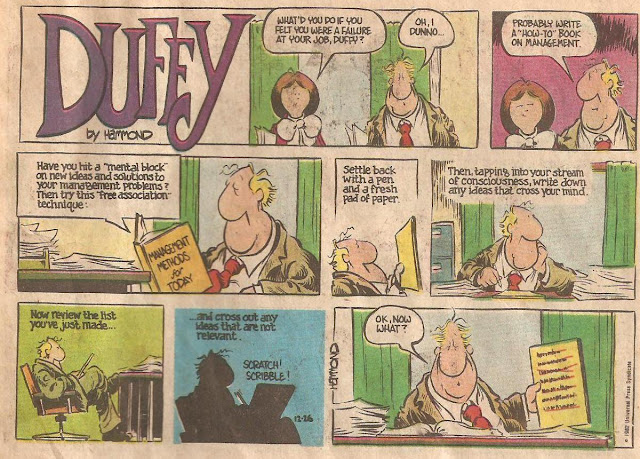 For the sake of thematic consistency, I'll be posting the office humour strips instead, to give an idea of how different early versions of this kind of humour was done before Dilbert populized it. In addition to being well-drawn, it was also wittly written. 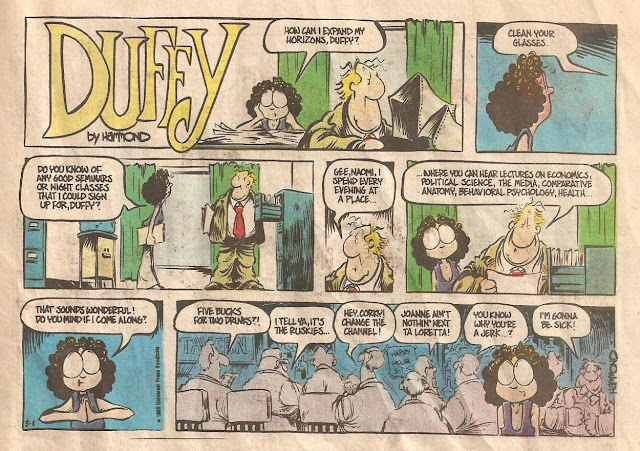 Even though this strip was published in the early 80s, many of the subjects are still relevant today. A good hallmark of success on the truthfulness of a strip is how well they're able to convey the feelings of the populace long after their sell-by-date, and the anachronism of their electronics. 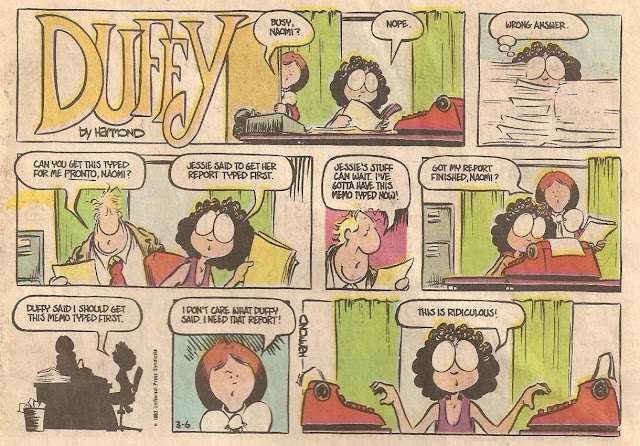 Even though the secretary was stuck with the typewriters, the office workers had the benefit of using computers. Or maybe more of a curse. They were just being introduced around this time, and keep in mind, these computers were of the OLD school variety, where, instead of the monitor being shown in basic black & white, they were shown in black and green. 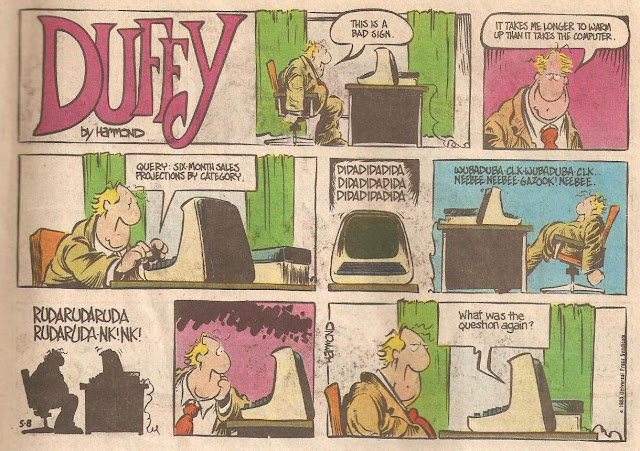 Like any other media faced with new technology, they do their best to try to understand it, while pointing out their failings... not without reason, of course. 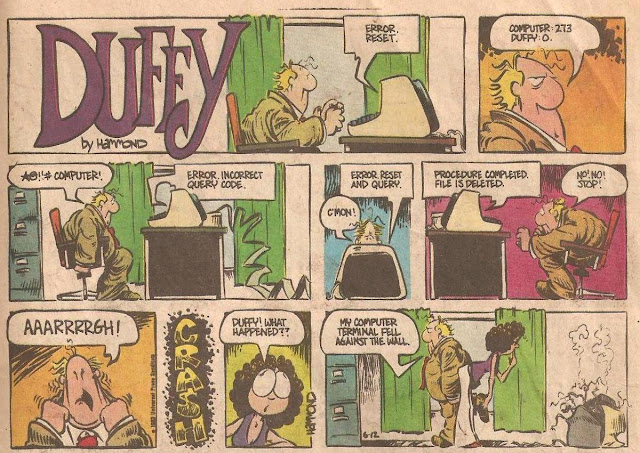 An interesting tidbit - if you compare the screaming panel above with the snoring panel in the first comic, you're clearly looking up Duffy's nostrils. However, because his nose was so big that it practically took up most of his face when viewed head-on, and his hair was still visible from behind his gigantic schnozz, I thought his entire face was scrunched up every time he screamed. It wasn't until years later when I saw a daily strip where he was actually yelling in joy (a very rare experience) that I understood what I was looking at.

For those curious, the daily strip was published in another newspaper, and was the last part of a week-long story where Duffy was trying vainly to win one of those scratch 'n win tickets. Every time he bought one, he always lost, while the guy next to him constantly won. What made it even maddening was that, even after winning, the guy asked for another ticket. At the end of another failure, Duffy exclaimed,

There was a follow-up strip the next day where Duffy asked the man how he was able to win all the time. I don't remember the man's reply, but the very next day, Duffy was buying all the tickets he could get. The store owner warned him about possible addiction. Duffy flatly denied any possibility of that happening. Then asked how many tickets he could get for his watch.

At the end of the week, Duffy exclaimed, "FINALLY!! A WINNING TICKET!" with the joyous expression described earlier. "And the prize is..." wait for it... "Another ticket." And just to drive the point home, his feet were littered with losing tickets. 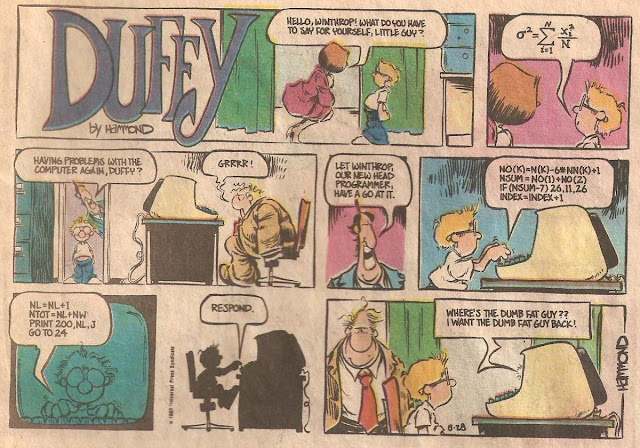 Given that this strip ran for several years without a collection, I'm wondering what's stopping Bruce Hammond to publish an omnibus collection of his work? Also surprising was that this wasn't the only comic strip Bruce worked on. He later worked on a Sci-fi strip that could give Spaceman Spiff a run for his money.
Posted by DeBT at 12:55 PM