Weird Romance: Why a Kvack?

When it comes to the love lives of animals, the results can be a decidedly mixed affair.  Daisy had her puppies, Farley begat Edgar, and Snoopy had several trysts that never panned out.  As mascots, they're convenient for giving background commentary, being used as merchandisable dolls and not much else.

So when attempts are made to spice things up, it's mainly done with another female animal of same species, mainly Mickey Mouse in drag, and can be problematic if the chemistry doesn't work.
Interestingly enough, Kermit and Miss Piggy are the most well-known interspecies romance, despite the two not having a very stable relationship. 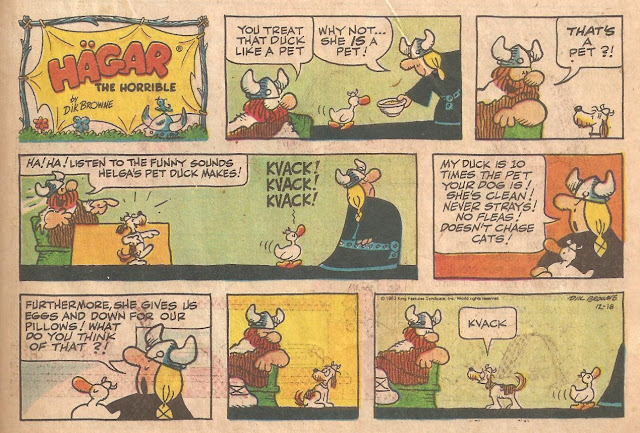 Helga's pet, Kvack the duck is little more than a foil for Hagar's activities, and with her stuck-up attitude, doesn't seem like the kind of thing who'd be subject to romance. 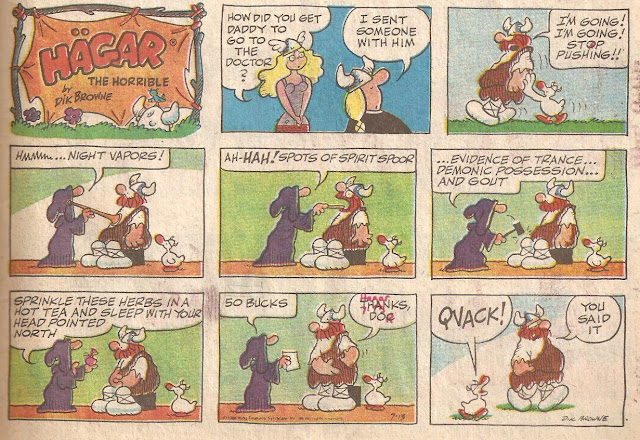 But cartoonists don't let little things like logic get in the way of such things.  Otherwise there wouldn't be anachronistic vikings or talking funny animals. 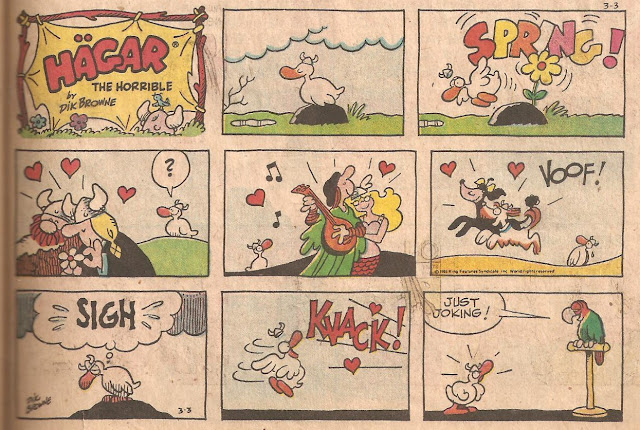 All of this is a long-winded way of getting to the relevant comic in question: 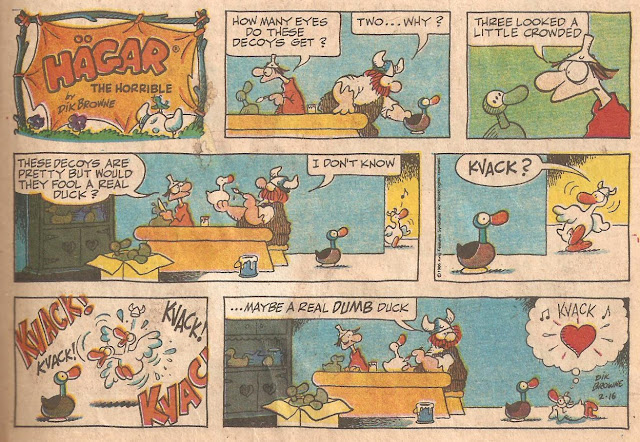 I was sure this was a one-off, since it showed up once, and was never referenced again, but while browsing newspaper archives, I came across this:

At the time, I thought there would be more, expanding on the joke, but sadly, this seems to be an aberration, and this one-sided romance ended the way it began.  But it turns out this wasn't the only instance of a bird falling in love with an artificially created idealistic version of itself: 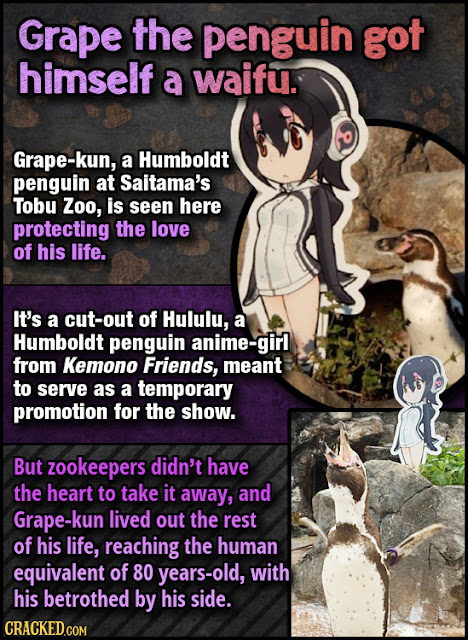 That's right - there was a penguin who was enamored with a humanoid version of a penguin.  Furries may get a bad rap for identifying more like an anthropomorphic animal they're infatuated with, but it turns out they're not unique in that regard.

Now, a little personal fun fact: growing up, I was somewhat unusual in the way I absorbed information.  I loved apple juice, but had trouble making my needs known.  As a way of trying to teach me, my mother would cut out grocery junk mail food items and paste them in a lined notebook for easy viewing.  I would be indifferent in the presence of an actual hamburger.  But if I was shown a cutout of a hamburger, I would get all excited.  I was already in the thrall of 2-dimensional objects before that became a thing. 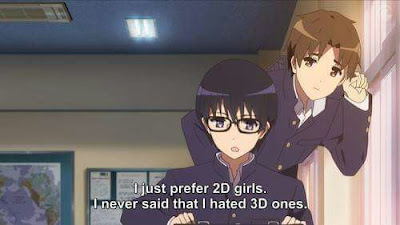 One of the great pleasures of getting a Newspaper comic collection is finding the relevant comic title name drop inside.  While the comic was running, it was a challenge trying to guess what the title of the next collection would be.  Usually, we were nowhere close, because we couldn't possibly enter the minds of the cartoonists drawing them.

But the annoyance comes when there's an inspired title, and no relevant accompanying comic inside.  This could be understandable if the comic repeats cover space, and would be considered cheating reusing space that could be better filled by another comic or doodle artwork.  The earliest example would be the first For Better or For Worse book, back when it was just starting out, and hadn't gained cult status yet. 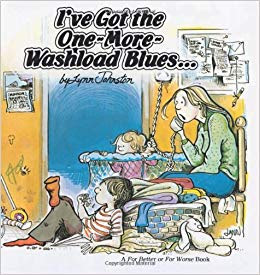 It would take years before the relevant comic would be seen again.  I doubt many longtime readers even knew it was based on a strip, only reworked and redrawn.

Another annoyance is when the title shows up, but doesn't show up in that book, but in another.  This was evident for the phrases, "It must be Nice" and "Pushing 40".  But FBOFW isn't the only comic guilty of this low-key crime. 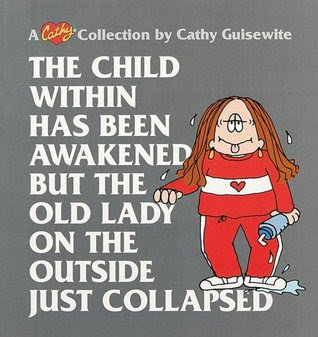 Perplexingly enough, this extra-long Cathy cover on par with Isekai titles didn't have this comic, but the next collection did.

But this wasn't the only instance. 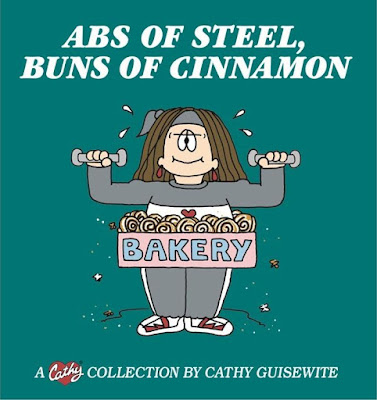 It can be particularly erroneous when a comic makes a passing remark that made perfect sense when running, but as the years pass by and the collective memory of the audience dims, they no longer recall the significance or meaning behind the titles.  Particularly for one of Adam's last long-running mini-arcs. 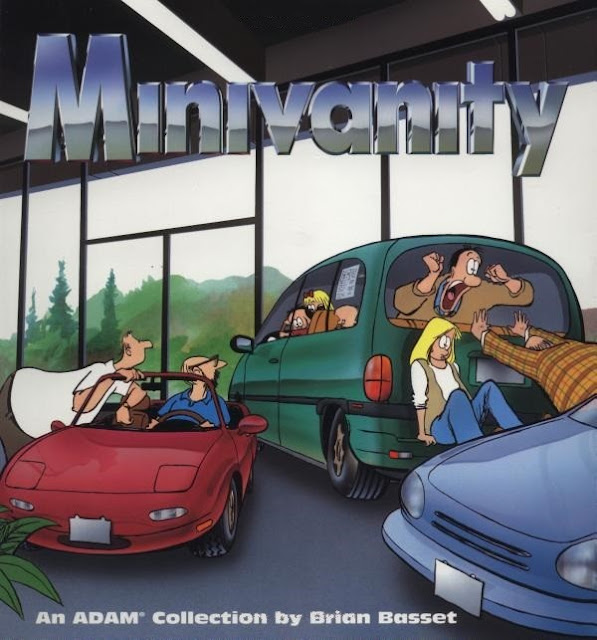 In some cases, the inspiration can be so obscure and unseen that even long-time fans may not even know where the reference came from, in the case of this Sunday Shoe throwaway panel: 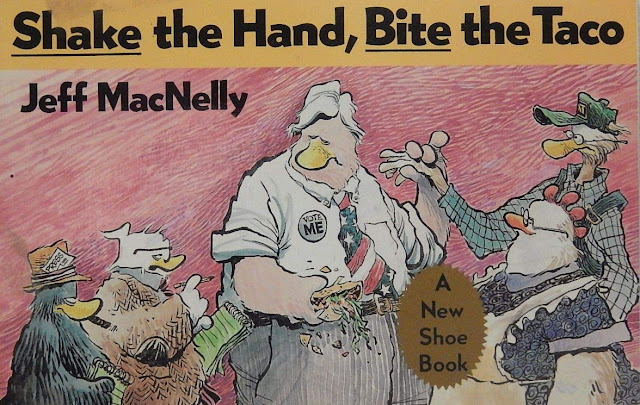 Ironically enough, you're more likely to see a comic title on the back of a paperback that splits a large collection in half.  Despite getting a raw end of the deal, these things were ubiquitous, which suggests somebody out there was buying these things.  I don't have any physical copies around, but I do remember one particular example. 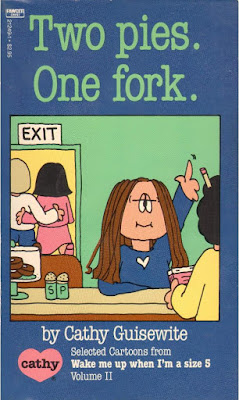 Just imagine the above colourized and reorganized in a 2x2 panel layer.  The thing about this comic?  It didn't appear in "Wake me up when I'm a Size 5" as noted, but in "Thin Thighs in Thirty Years".  What's the point of re-releasing these properties if you can't even get your own references right? 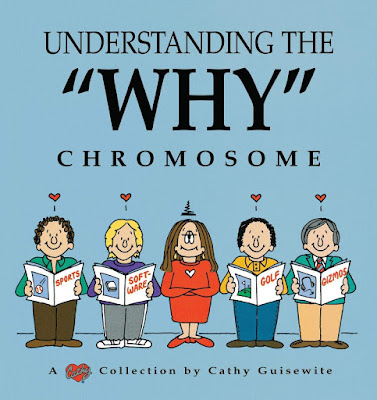