I've been too preoccupied with current events.  Lately, the news has left me unable to concentrate, and I've been looking back on newspaper archives while I still have time.  Going through them has shown some revealing political cartoons that are sadly just as relevant as they were twenty years ago today. 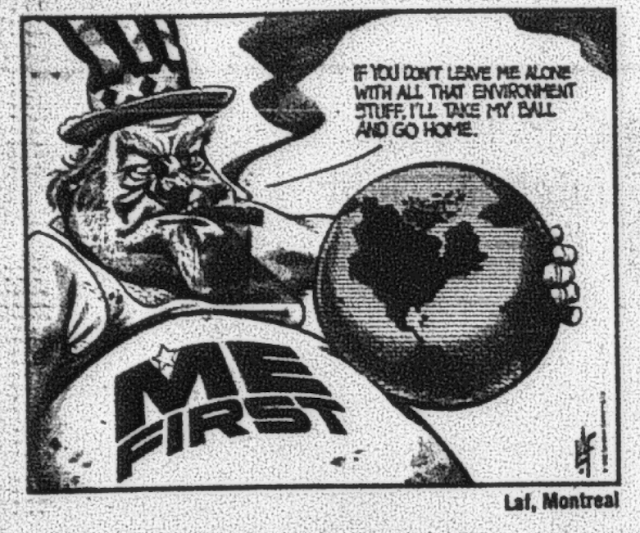 This process of going through old online newspaper files would be much easier if it wasn't for an annoying new feature that's severely cramped my style.  Recently, they've added a new feature to prevent computers from browsing those very same files for some reason.  Having to constantly confirm that I'm not a robot, and the screens becoming blank after scrolling and enlarging is a major demotivator.  I have to constantly recall which page I'm on, then refresh the page, make a mad dash for the numbered page the comics are in, enlarge the section, and hope I image capture enough for posterity.  Not to mention that by the time I'm done, I won't be able to browse the rest of the comics page as well.

With that little rant out of my system, I've been going through the microfiche archives of my newspaper, and among other comics, there was the Sunday feature called Drawn and Quartered that would feature a whole page of political cartoons from multiple newspapers.  They were visually interesting, even as the subject matter was beyond my ability to understand.

Some of them had Movie posters of Brian Mulroney. 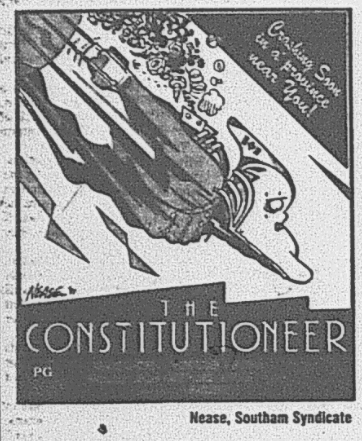 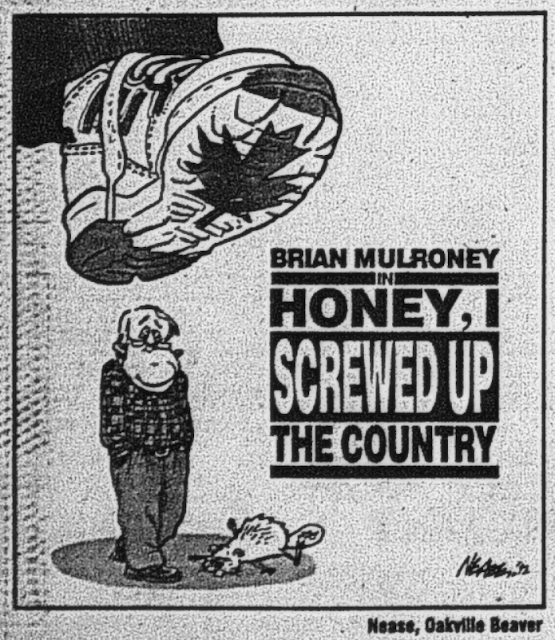 Other political cartoons covered a wide breath of subjects (usually revolving around the Middle East), showing that for all the passage of time, things haven't changed much.
Probably the biggest issue is this one, which shows how enthusiasm for politics can die down after in a politically motivated election period, which may be why polling takes place during the end of the year, when the weather gets colder, as temperaments likewise cool off, and apathy settles in. 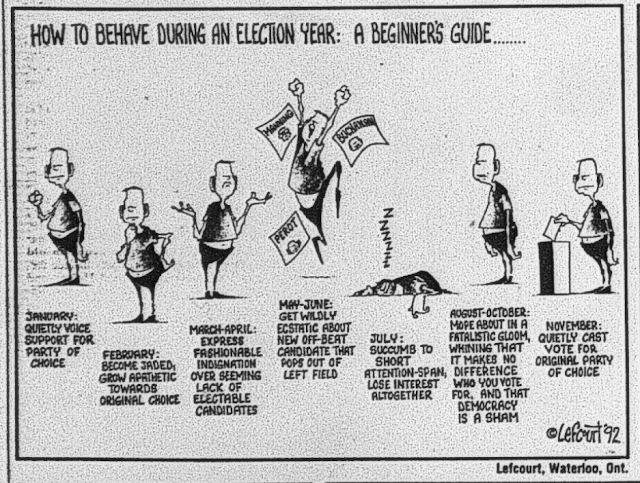 With all the insanity that's taking place, one of the most recent piece of news that affects Canada is the renegotiation of NAFTA, renamed as USMCA, which is just NAFTA under a different name, putting America first.

Before Trump came along, NAFTA was generally regarded as a good deal, having equal trading between three countries, so it was surprising to see that it was seen as a potentially disastrous proposal at first. 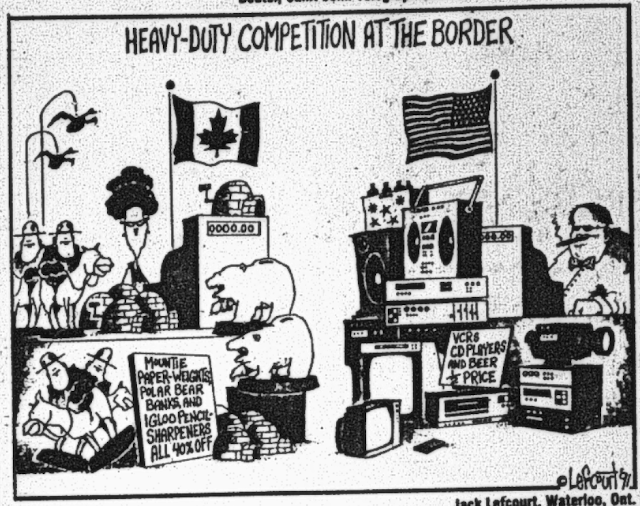 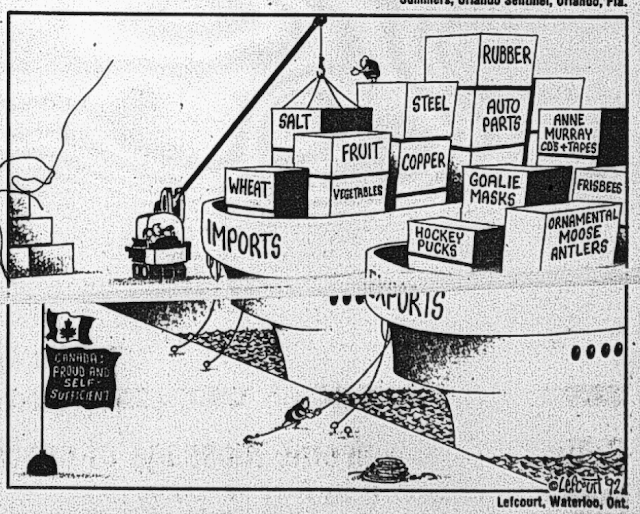 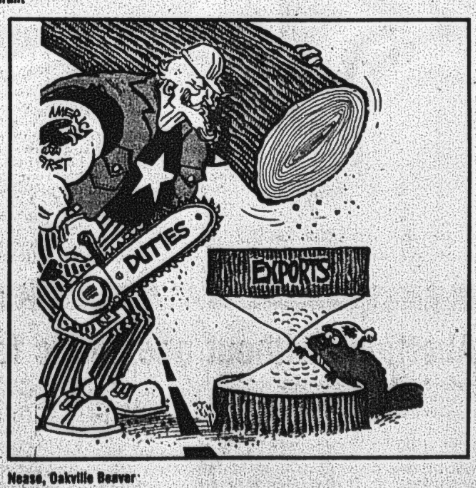 Part of the underlying fear was that Canada didn't have much to offer in return for American products, and would be taken advantage of. 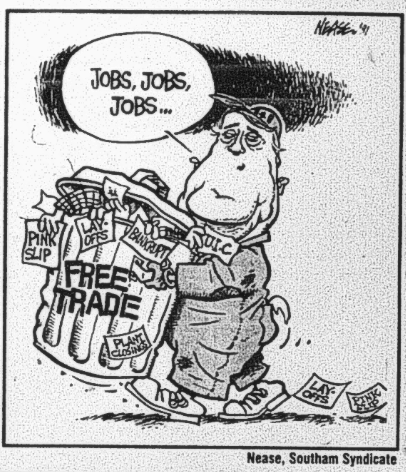 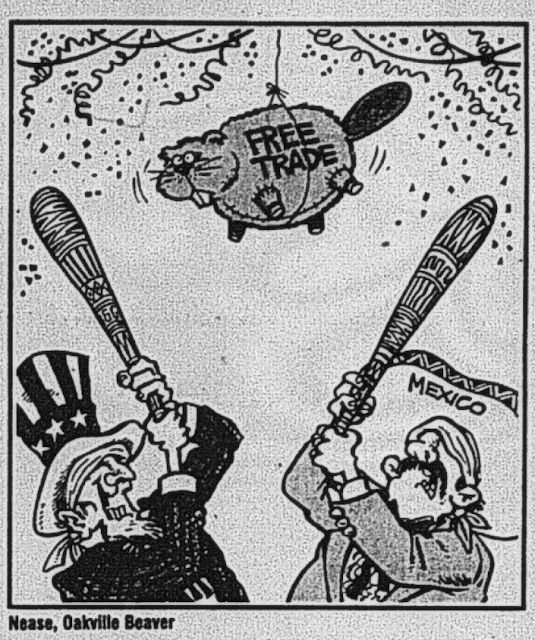 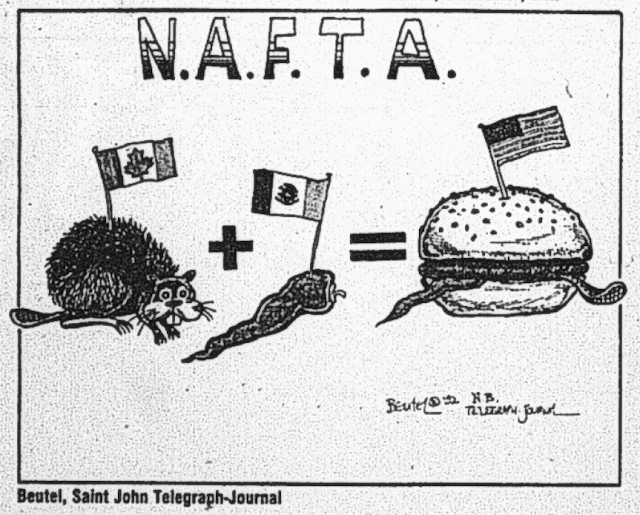 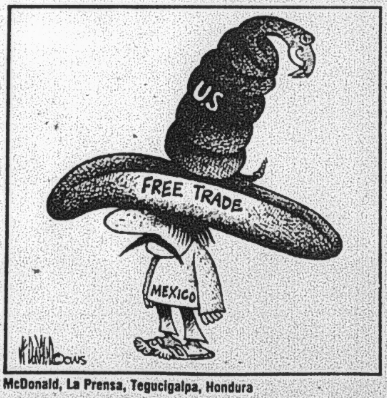 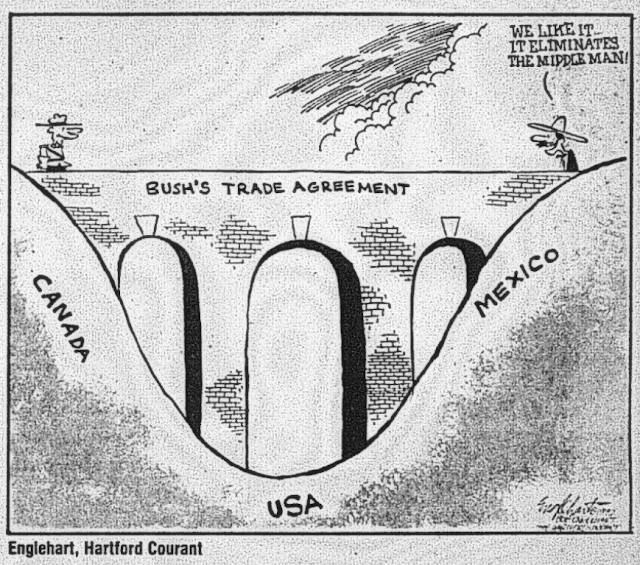 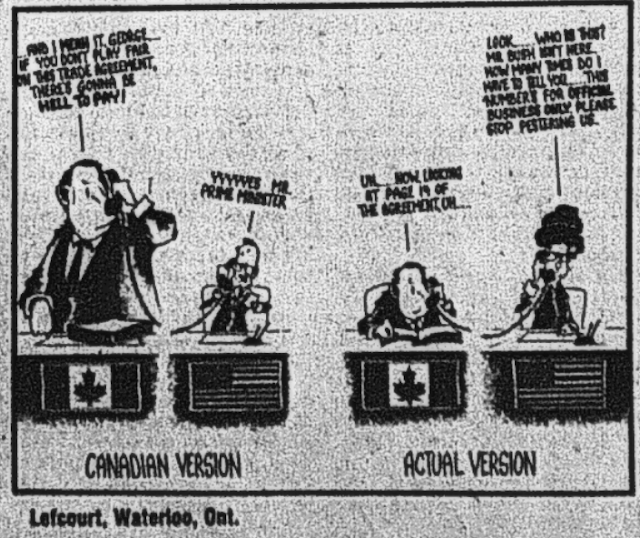 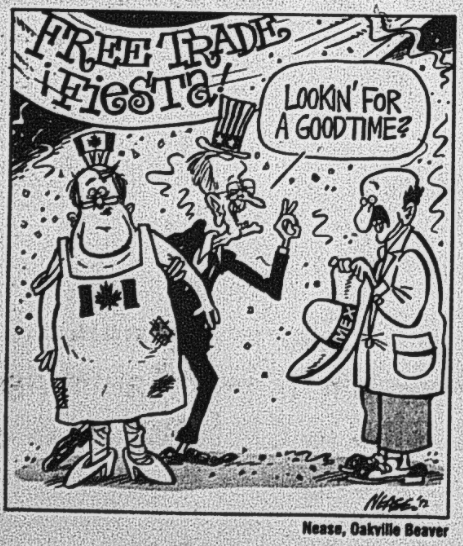 Mexico doesn't exactly come off in a good light, and in the end, it all comes down to American values. 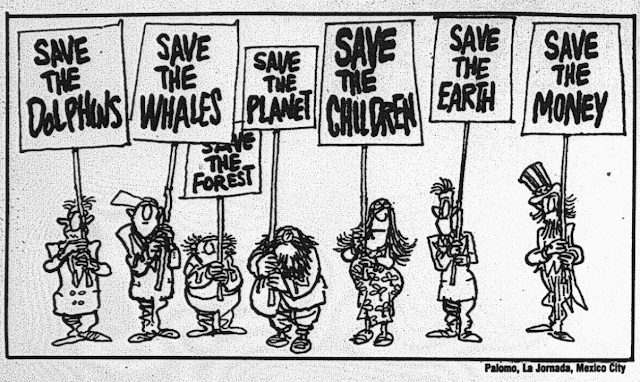 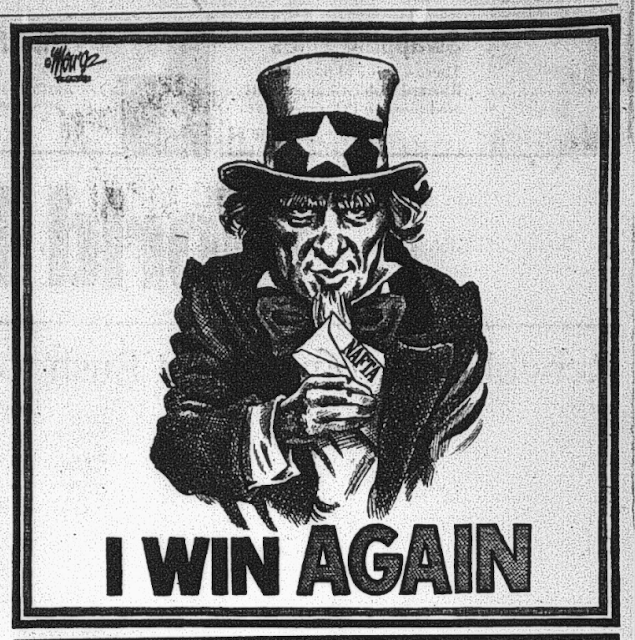