Recently, there was a preview of the latest MAD article that was a satirical take on Edward Gorey's Gashlycrum Tinies that's giving some mad respect for what was an out-of-date franchise that had largely fallen out of favor for its pandering to a clientele that relied more on gross tasteless jokes than thoughtful humourous look at the world.  In a world that had largely supplanted the influences from MAD and made them their own, the magazine was in danger of approaching irrelevancy.

Enter its renewal as a quarterly magazine, where it would try to focus on quality of Yetch! humour at a controlled pace, and the results are... kind of a mixed bag.  For most people, the quality level of MAD is dependable on how old you were when introduced to it, which artists were available, and how much you related to the parodies.

The Gorey parody is notable for its unflinching look at gun violence, but it wasn't the first time MAD tried to raise issue to the firepower problem.  It's certainly a far cry from when they refused to run a certain Fold-In for being "too controversial."  In the back of issue #520 June 2013, this was what was supposed to appear. 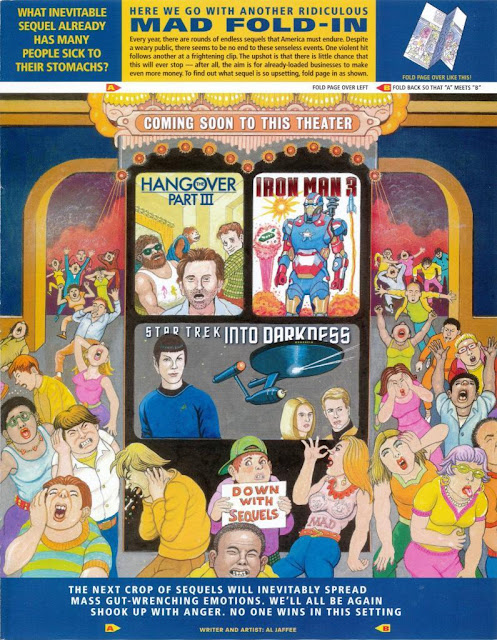 And when you folded the two images (or put one hand over the other and filled in the blanks), this was the result:

This happened around when there was a mass shooting at a movie theater, and the advertisers apparently were scared that this kind of disturbing imagery might discourage customers from going to the movies in the first place.  Nevermind that there are far more attractive outlets and easier ways to feed your viewing habits elsewhere, preferably from the comforts of your home.

When it comes to showing lighthearted commentary of Gothic darkness, Gorey tributes seem to be the way to go.  My only other contribution to Edward Gorey was from my parody of The Doubtful Guest in a Garfield setting.

I was thinking of Gorey's books recently, and only just decided to go about translating some of the French limericks from The Listing Attic, in the first Amphigorey book.  They'd been driving me nuts not knowing what they were saying, and I finally bit the bullet and Google-translated them. 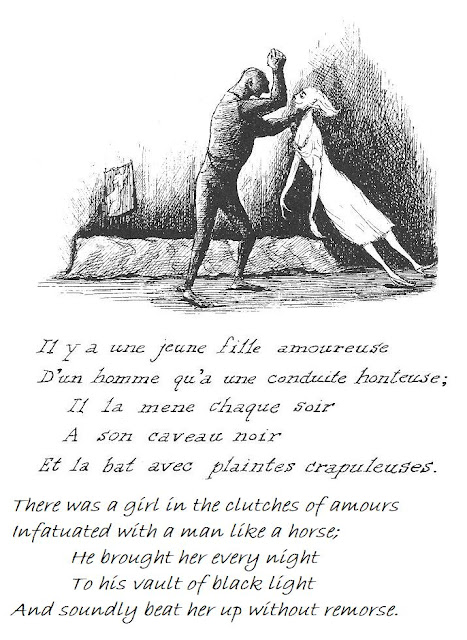 For some, finding the proper rhyme was simple, but for others, it was much more complex.  I had to constantly rearrange the wording and sentence structure to make everything fit, while retaining the spirit of the message. 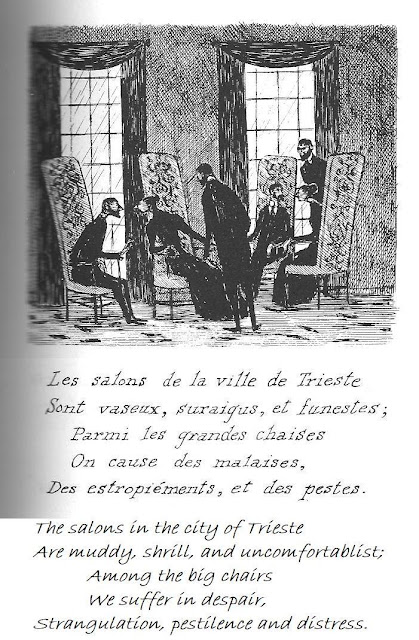 Yes, I know "uncomfortablist" isn't a real word, but rules are hardly strictly adhered in the realm of poetry.  What matters is that the chosen rhymes make the reader laugh, even if some lines have to get butchered in the process. 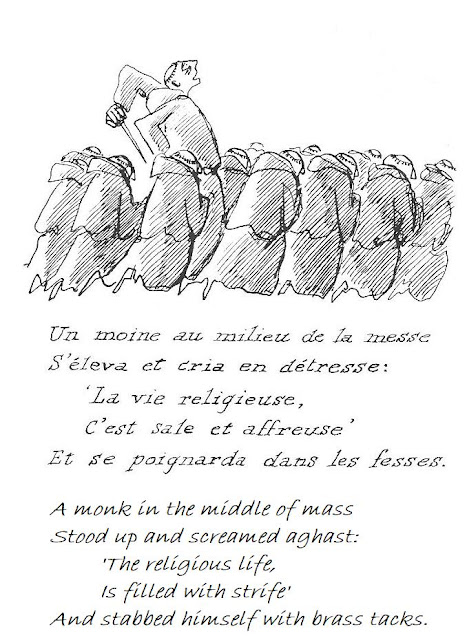 As you can see, I had to remove the line of the monk stabbing himself in the butt to make the last line work.  As tricky as that was, the one below gave me the biggest struggle, as I didn't know what "genièvre" meant, thinking it was "Juniper".  The bottle in the man's pocket was a big clue, and I deducted it must be Gin.  I looked up a long list of alcoholic drinks to try to find a brand that would rhyme with other words in the stanza, before realizing I was overthinking it, and decided to go for simplicity instead.  I also felt the preceding preemptive lines were too quick and short, and decided to slightly lengthen them. 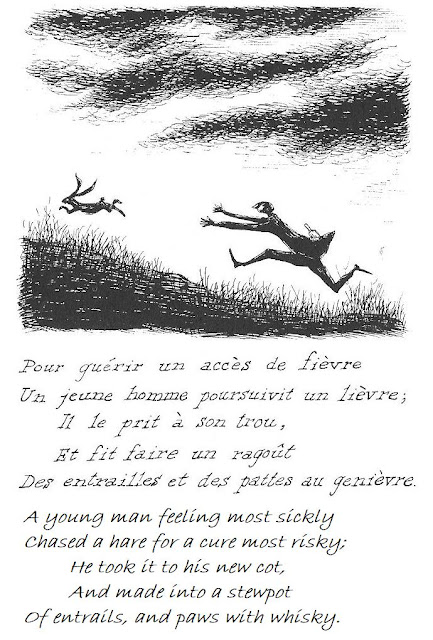 You can judge the results for yourself, but if you think you can come up with something more accurate and better, be my guest. 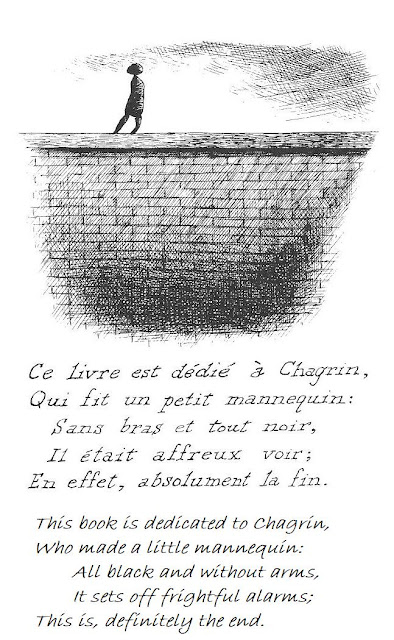