Summer Days of The Fridge Door

It's August, and that means that in addition to quickly running out of valuable vacation time from school, we also get some thematically-appropriate comics of The Fridge Door as well. 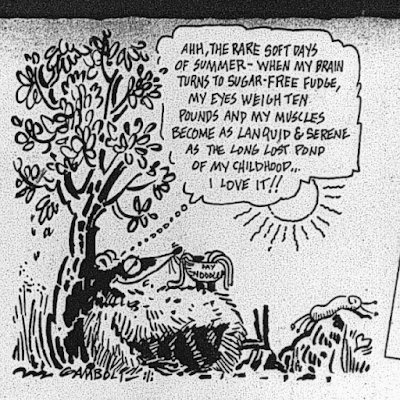 And just to rub salt in the sugar wound, the Words of the Weeks don't get any time off either.  Why should we have it easy? 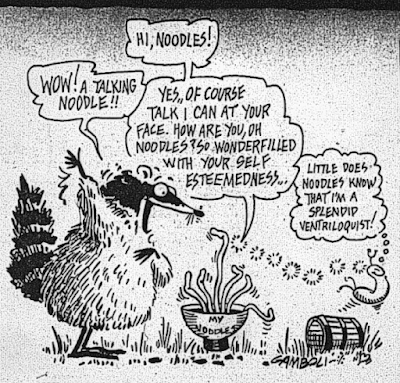 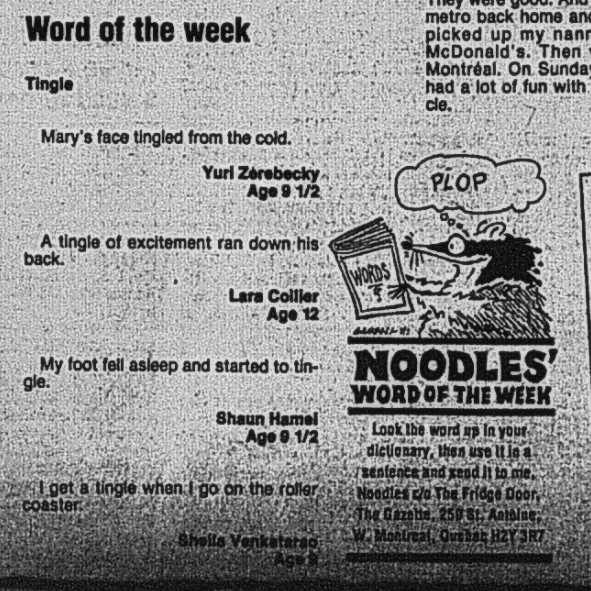 After the usage of archaic words, the level of difficulty of the Words of the Week takes a massive nosedive. 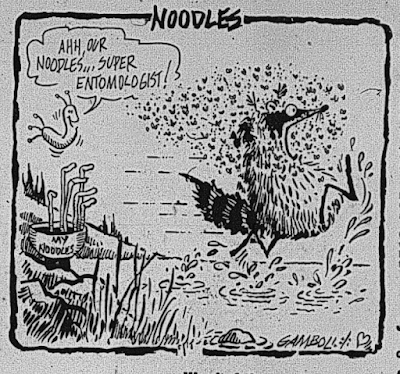 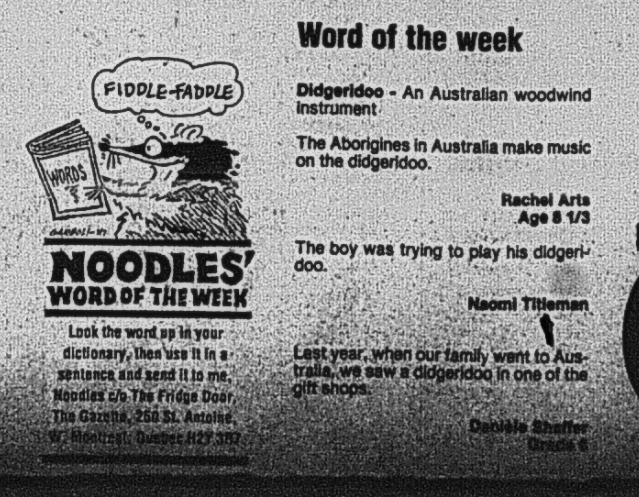 With this feature using words such as Didgeridoo and Fiddle-Faddle (like all the hip kids down with the lingo do), you wonder exactly just what age bracket this was aimed at. 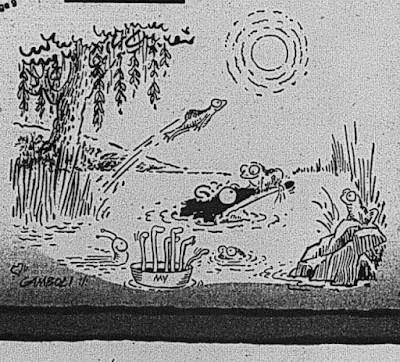 No commentary for this.  Sometimes you just can't come up with a good joke for every single drawing.  Or a joke, period. 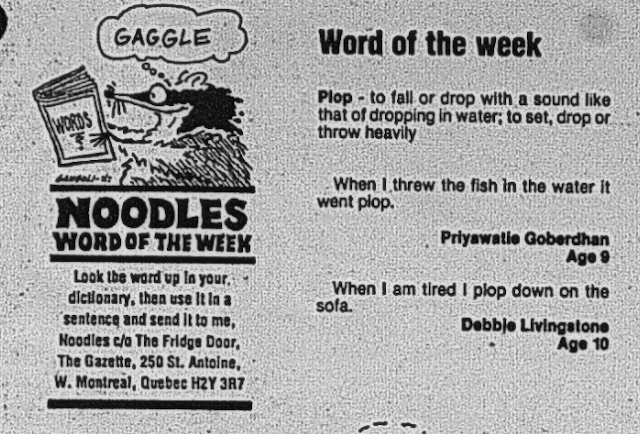 Here's a word that also means to cackle, but is unusual for being widely known for being a collective noun.  In fact, it's only used as a collective noun, so put in any other context other than a group of geese would be approaching confusion. 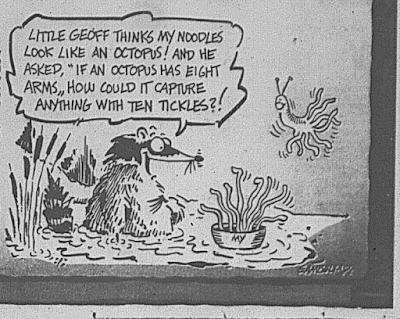 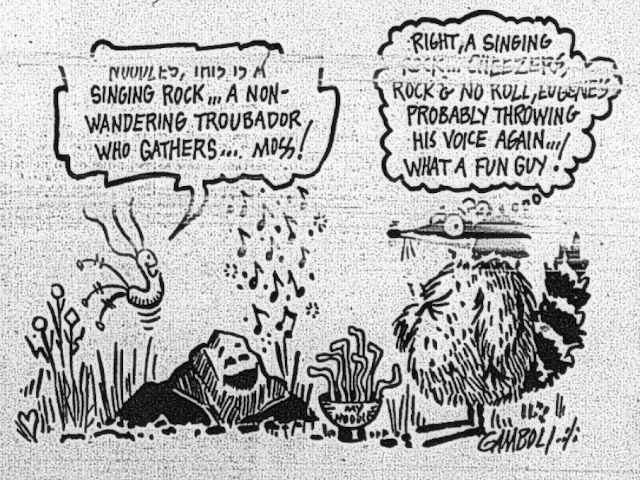 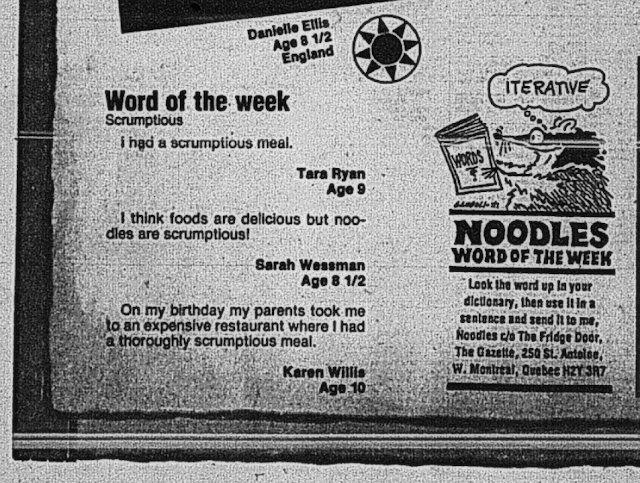 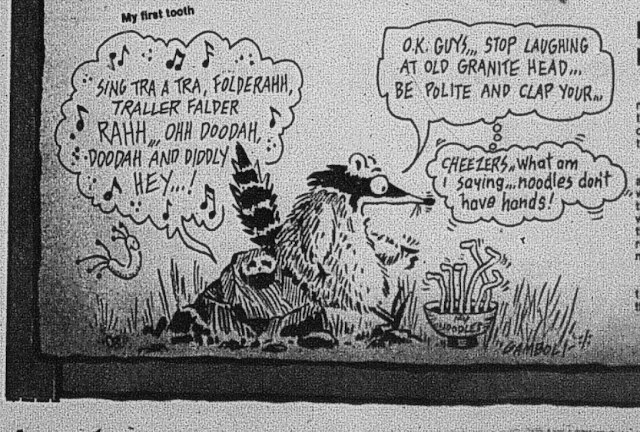 As predicted, the majority of submissions exclusively revolved around a certain species of birdfowl, because when your main audience is children, what else are they going to choose?

Next time, we'll start approaching the weirdness quotient of the Fridge Door and learn a very special lesson in the process.