A Knock on The Fridge Door

Just a bunch of miscelaneous Fridge Door comics to show this time around.  Nothing special. 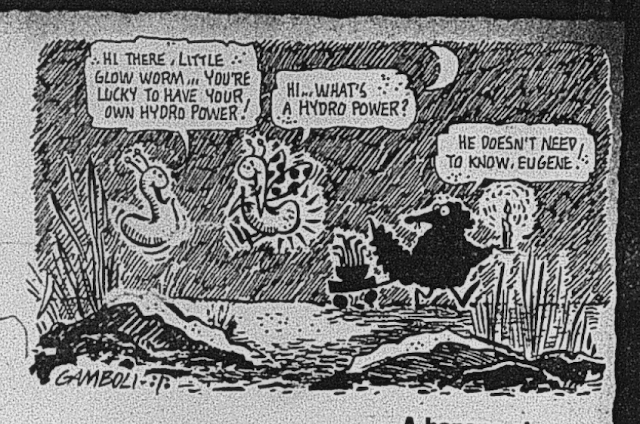 Oh, and their Word of the Week feature, which have been dumbed down to more manageable levels. 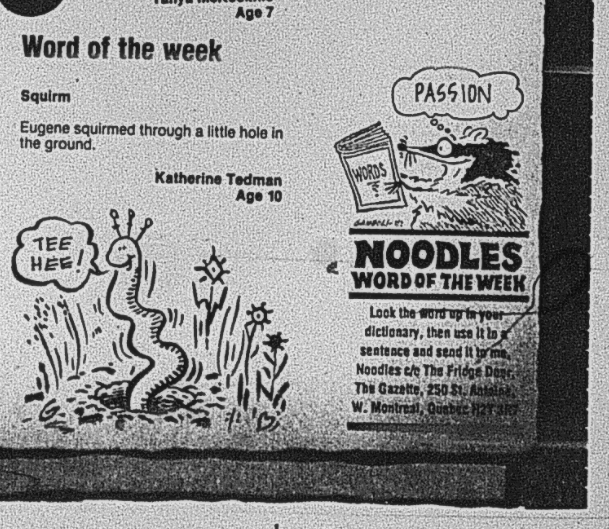 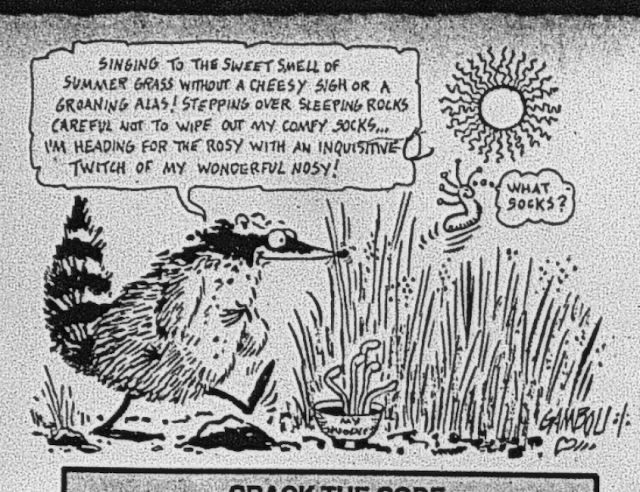 Or at least dumbed down to a point where they're still baffling. 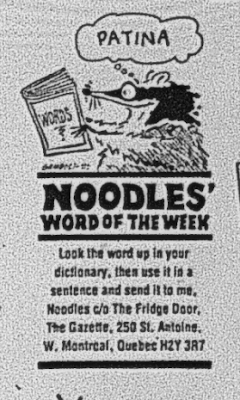 For the uninitiated, Patina is, according to my dictionary, "a green film formed on copper and bronze by exposure to most air" or "a superficial covering or exterior".

Yeah, that's something that comes up in regular conversation all the time. 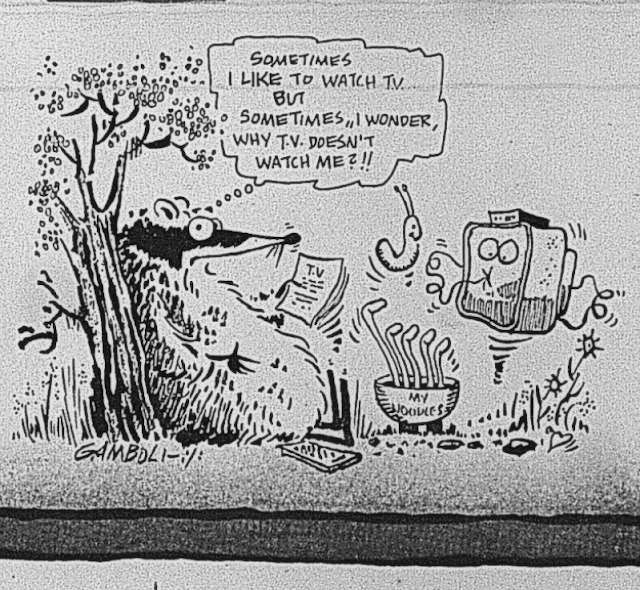 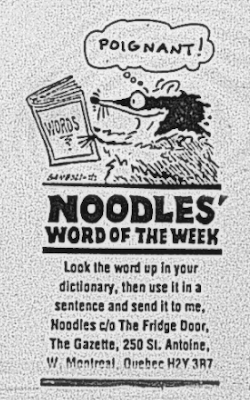 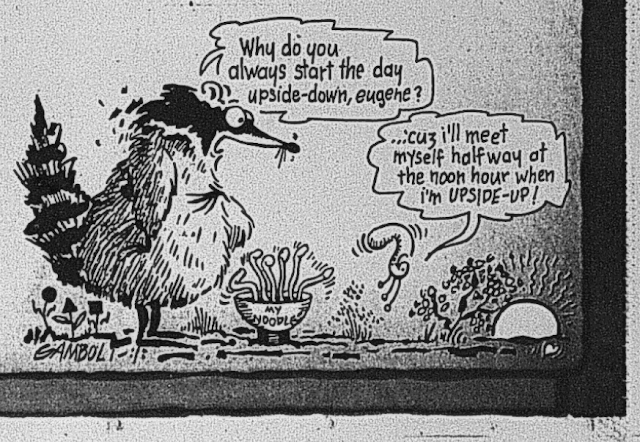 As you can guess, readers' submissions for trying to make sense out of these archaic words don't lend themselves very well as you can see below: 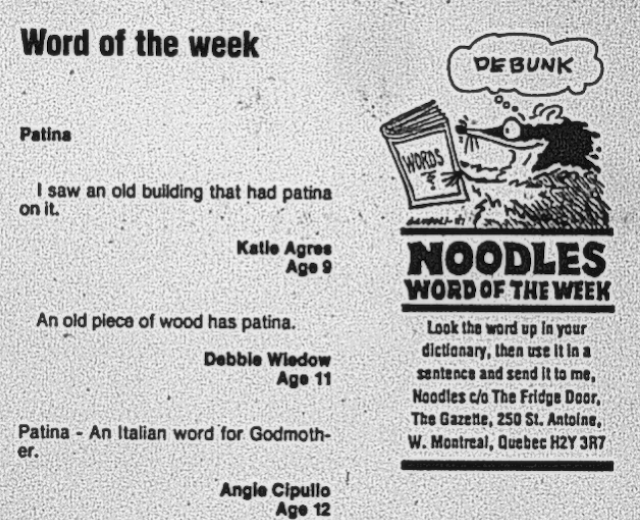 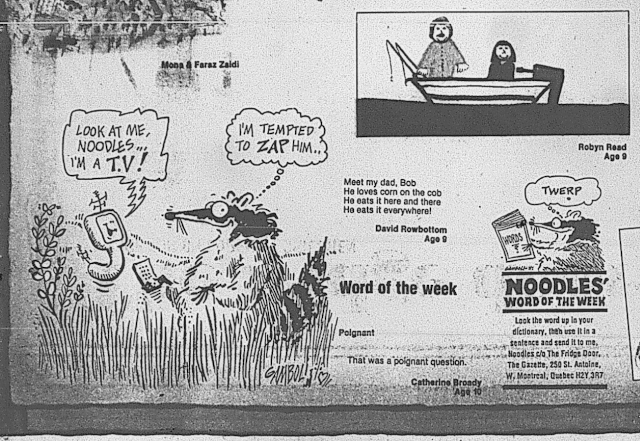 The comic of Eugene imitating a TV set would've been more resonant if it'd come a week earlier, right after Noodles commented on the TV watching him. 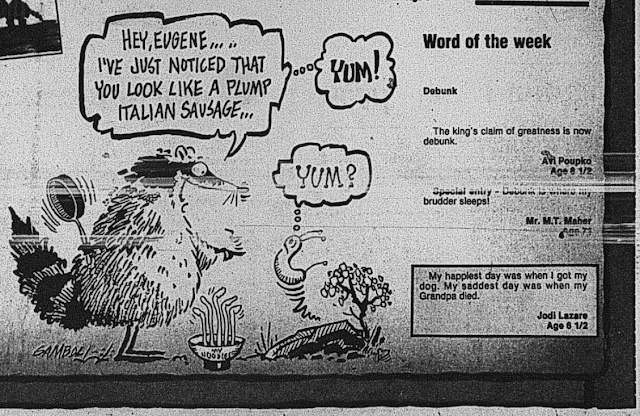 And here's some more examples of children failing to grasp the meaning of words without context, debunking their intellectual capacity. 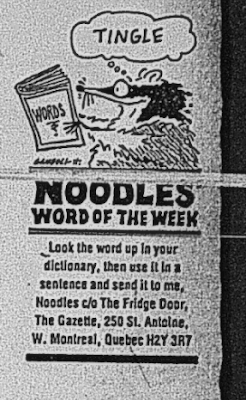 Since this was printed in 1992, we won't be seeing any references to Tingle-Tingle-Kooloo-Limpah! anytime soon.  (Thankfully.) 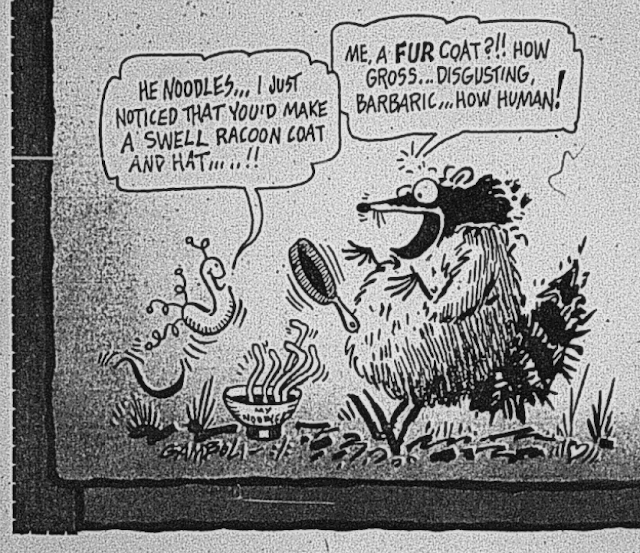 I'm just going to end out Canada Day by saying that last year, when we celebrated our Centennial and a Half, there was a general feeling of apathy that wasn't mitigated with the inclusion of a huge rubber duckie.  THIS year, I'm feeling particularly patriotic for some reason.
Posted by DeBT at 6:49 PM