Weigh Around The Fridge Door 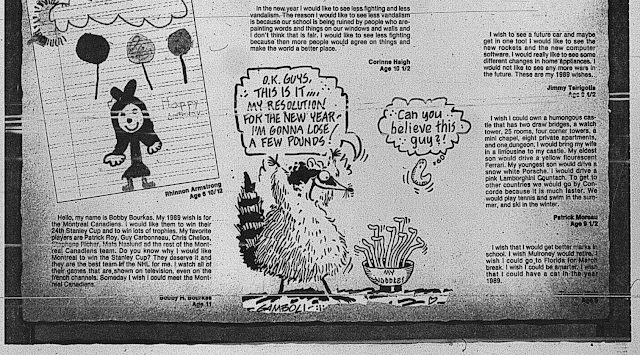 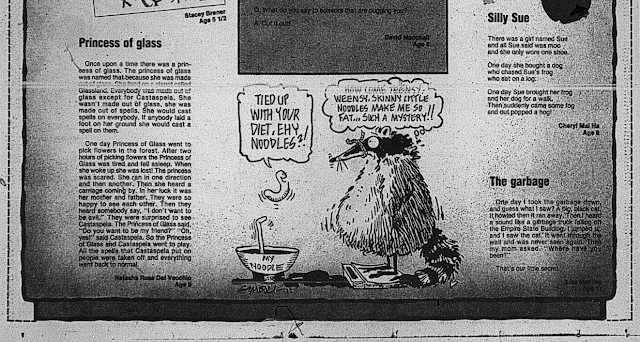 Given that every year, I undergo Lent via the traditional ritual by not eating any bread products or pasta for a week, I can certainly empathize with Noodles here.  Noodles being unable to consume his defining trait is like Cookie Monster not being able to eat Cookies. 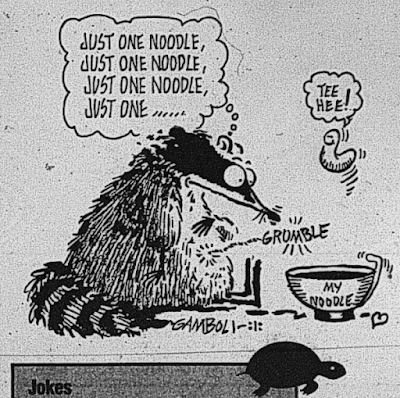 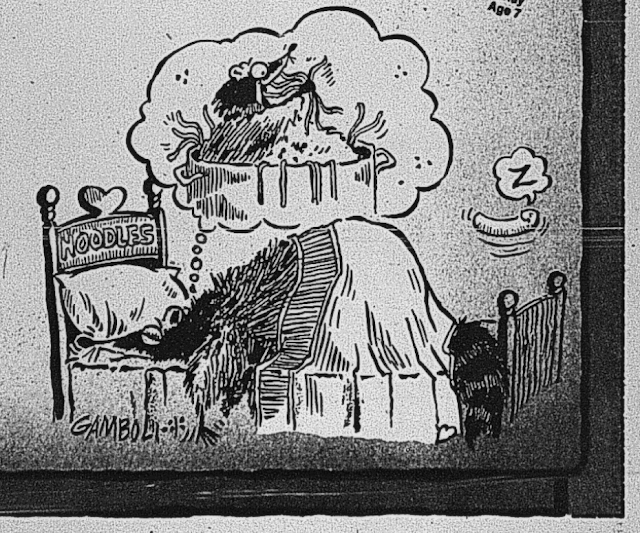 This is the most Noodles has ever spoken. 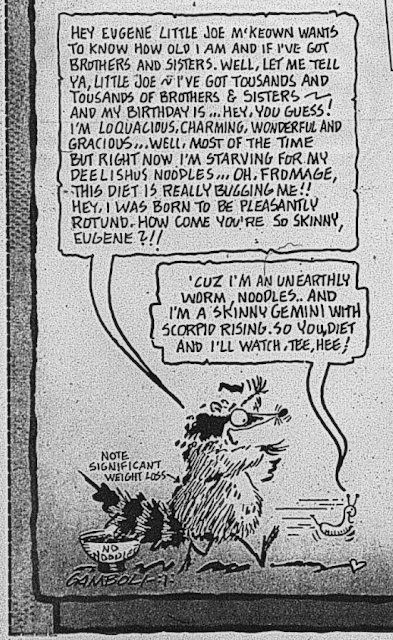 After much suffering, Noodles has a... noticeably slimmer figure compared to before.  Eugene's prophetic statement is spot on, since most dieters who dump weight too quickly suddenly rebound soon after. 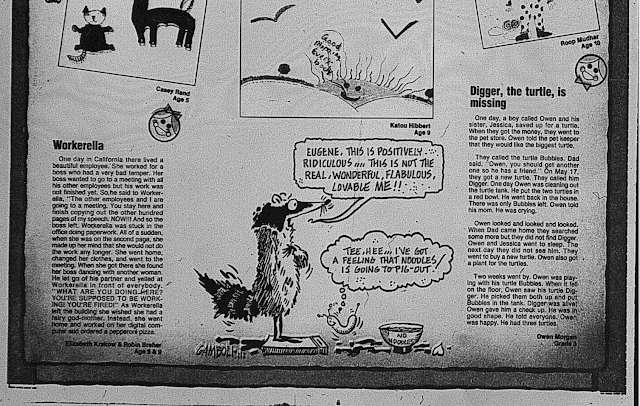 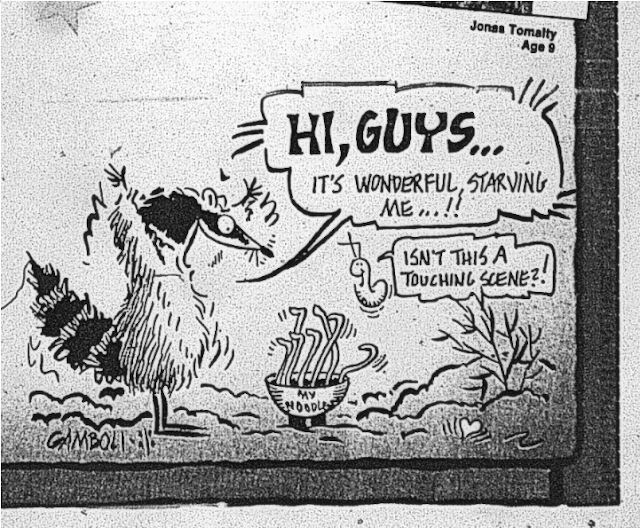 Normally, I avoid posting the entirety of The Fridge Door, but for this entry, I'll make an exception, since it's the annual celebration of the feature, despite it starting on April, and this is in February.  But who can remember that far back? 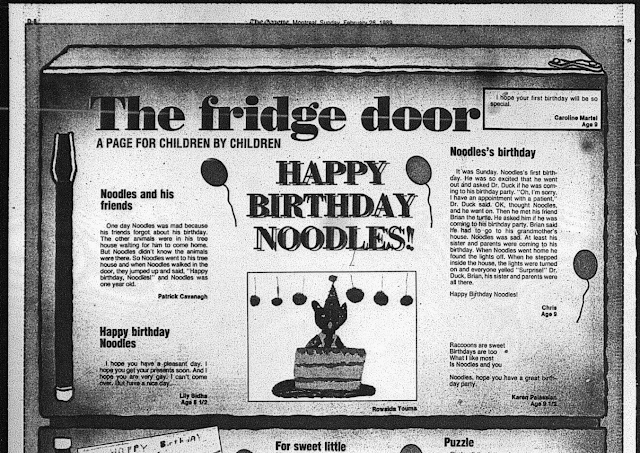 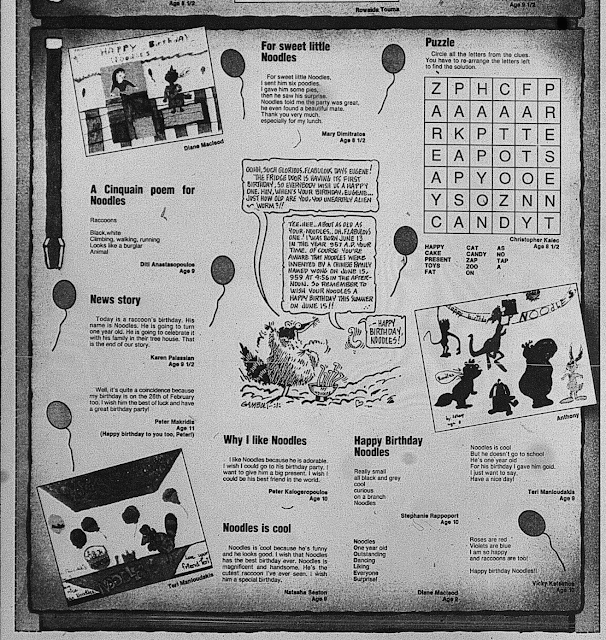 A closer blown up close-up of the only part of the Fridge Door worth reading.  As we can see, Noodles has already gained back that rounded figure he had before going on that starvation diet.  Shouldn't have pigged out on that offscreen piece of cake. 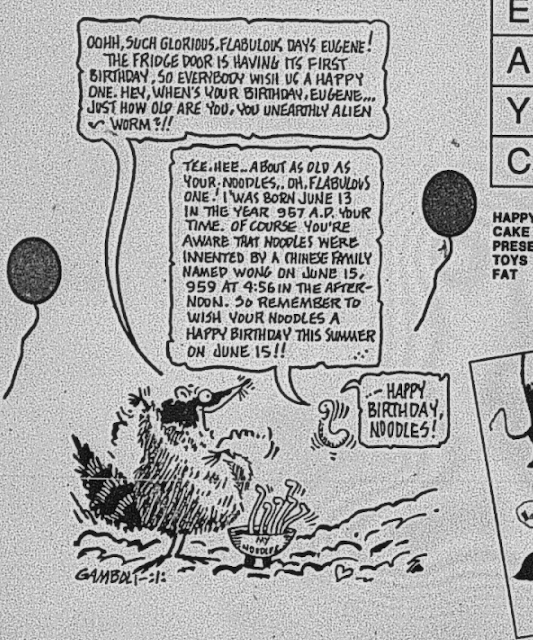 He looks more appealing this way anyways.
Posted by DeBT at 7:30 AM