Pelé The King of Soccer

There are all kinds of ways that someone can become a facial ambassador from another country.  It can be the passionate arguments made in favor of their way of living and right to live.  It can be the portrayal from entertainment media that's not available elsewhere.  And it can be from being extremely proficient in a sport.  For Edson Arantes do Nascimento, this certainly was the role he would grow into.  For those of us who aren't big sports trivia buffs for overly long names, that's the original monkier for Pelé.

Starting out from his humble beginnings where he started out by playing with a ball made out of bundled clothes because they couldn't afford an actual ball.  his father gave stern but effective practice drills at handling the ball, including bouncing it off his head with his eyes open, so he'd be accustomed to not blinking when it came zooming his direction. 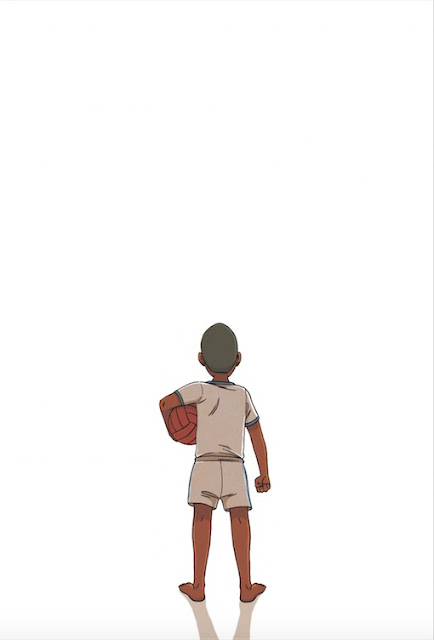 Interestingly enough, all his chapter divisions have him facing away from the reader, looking towards a future that only he could see.  Over the course of his defining career, he scored over a thousand goals, which is considerably impressive, since Soccer isn't normally a game noted for racking up high scores.

I'm including these two pages early on in Pelé's childhood, for the simple rapport between his blooming soccer skills and his father's attitude towards same. 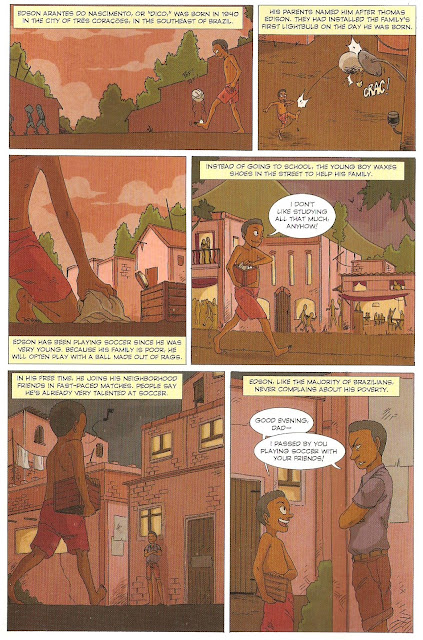 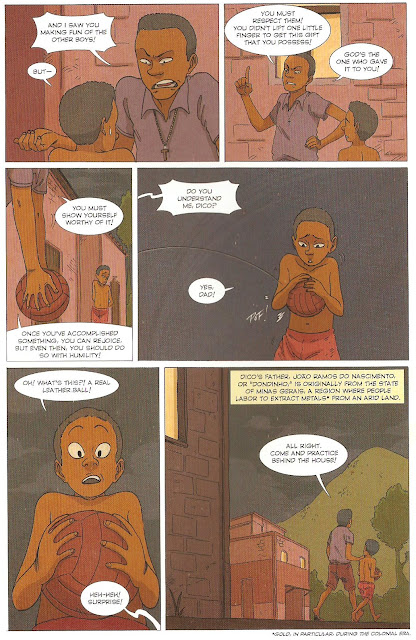 At an age where Martin Luther King and Malcolm X only got one movie, more Black representation of positive role models is needed, and you can hardly find one more inspiring than Pelé.  (Save his cheating on his wife.  Intermartial affairs seem to be a reoccurring trait in athletes, and even he wasn't immune)  If there is a demerit, it's that the cover fails to convey the artwork inside. 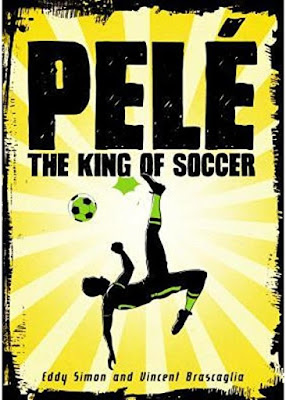