Johnny Hart generally makes an annual big show over the religious Christian holidays, but isn't quite as forgiving when it comes to the first of the Triumvirate of year-end American Holidays.
That shouldn't be considered too surprising, given Halloween's less than stellar reputation for being little more than an excuse to play dress-up and consume copious amounts of chocolaty snacks.  The lack of Religious teachings and Bible quotes probably don't help much either.  In short, it's a holiday that's purely for the sake of fun, than any actual moralistic leanings. 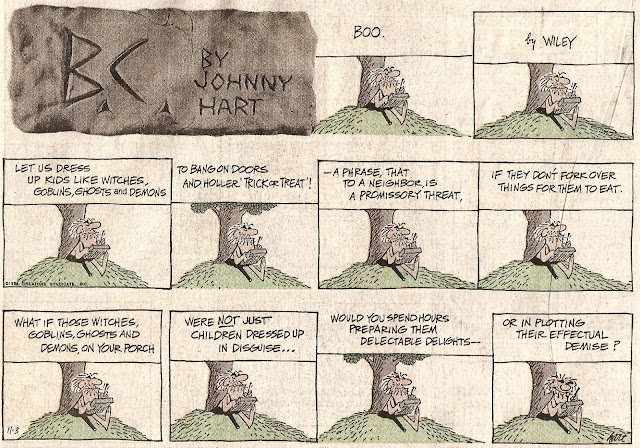 And the association with Monstrous Satanic creatures certainly don't help it's skeevy reputation any.  It's the attraction to darker elements that draw us in (with promises of candy) and skimpy costumes for women. 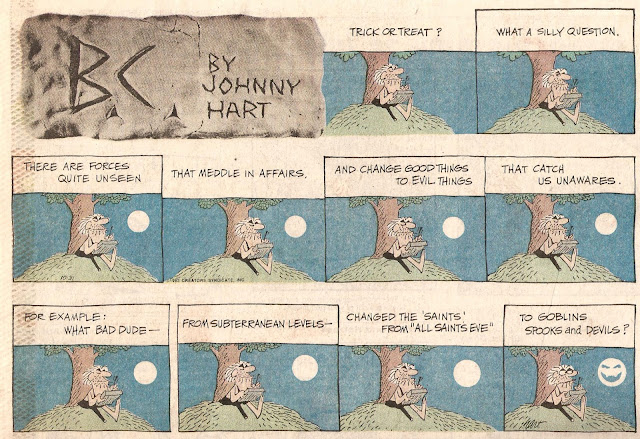 The ironic part is that Halloween, like Christmas, is a Pagan holiday.  It just so happens that the latter became associated with Religious importance, while the former didn't. 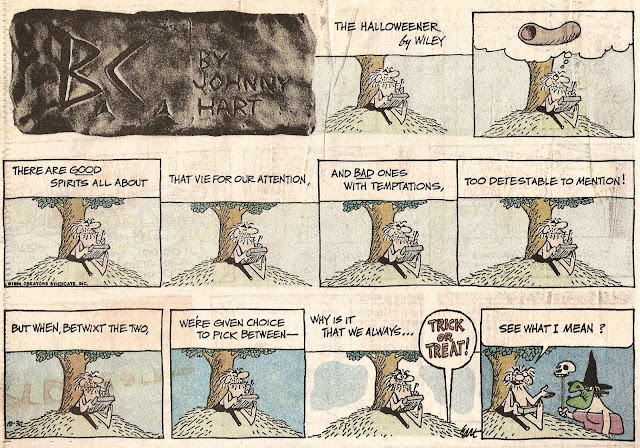