It's one year after my sister's had her baby, and things have progressed pretty much as you'd expect.  The little grub has been pretty much helpless, relying on her parents for substance, waking and sleeping at all hours, constantly pooping, and stubbornly refusing to comply with simple orders.  Progress is gradually being made, but it's taking an inordinable amount of time getting there.
Still, her parents have somehow managed to keep their sense of good humour about, which is a sheer necessity in keeping their sanity intact.  And when certain incidents such as getting caught in the rain while taking the toddler out for a stroll in the carriage, I come up with relevant comics that perfectly capture the essence of what they're going through.

It has also been an invaluable learning experience in getting used to the presence of a baby, since their very existence makes me anxious.  I'm typically nervous around the presence of children, because their actions are so wild and unpredictable.  (In large Field Trip groups, they're always romping around and yelling at the top of their lungs)  Not to mention that I'm always afraid of saying or doing something that might wind up corrupting their impressible young minds.

However, as an "Uncle Herman", I'm given some leeway to corrupt this impressible young mind with all kinds of salacious reading material that I've got lying around just asking to be read.  But first, she needs to be able to read before getting around to the underground and hardcore stuff, so I've been snatching up all kinds of children's books at nearby Bazaars, Libraries and Garage Sales, picking up loads of books that I enjoyed (and wanted to share) on the cheap.  Among my top fears for the new baby (being born Deaf & on the Autism Spectrum) was that she would wind up being Dyslexic, and unable to enjoy the wide variety of available reading material I'd selected for her enjoyment.  Fortunately, she's managed to personally choose a different book for reading time out of the stuff she's currently got on her age-appropriate bookshelf.
Even though we already got a whole bunch of second-hand books from the neighbor across from us, I'm not entirely satisfied with their choices.  (Some are about Barney, and two of them have the problematic Elmo in them)  In Addition to the collection of said children's books, there were at least three boxes of unused baby toys that would seemingly appeal to their age demographic.  Ranging from puzzle shapes to flashy battery-operated machines, to colourful wooden blocks.  And of course, the thing she most liked to play with turned out to be an empty yogurt container.  (You can drum on it, roll it around, and knock it on the floor)
Since the simplest toys seemed to be the kind of things that'd best attract her attention, I suggested using the interior of an empty DVD stand that'd been used up of its discs burning homemade teaching videos for Elderly Hard-of-Hearing students.  This was shot down on account of the pointy implement being a potential poking hazard for someone still not in full control of their physical movement.  I guess I'm not the most reliable source for entertainment purposes.
There was a brief scare when she started getting sick, and her arm swelled up to uncomfortable proportions.  She had to be admitted to the hospital, where the doctors ran all kinds of tests trying to figure out what was wrong with her.  Then, just as suddenly as the symptoms appeared, they gradually faded away, leaving only suppositions and guesses for what she was suffering from.  She was quite upset, because there was an IV tube implemented onto her swollen hand, and she couldn't suck her thumb to relieve her pressure.  She's feeling better now, but whatever it was she had has now transferred to her parents, who now have to deal with her raucous behavior while fighting off the flu themselves.
To simplify the sheer amount of coincidental celebration revolving around this month, (MY birthday, the Baby's birthday, my Mother's birthday, Mother's Day AND my Sister's first Mother's Day) we've decided to simplify things by celebrating all said days into one lump sum.  (Reverse-engineering the day of conception, there must be something about the Month of August)  It especially helps in narrowing down potential gifts to give my Mother that can't simply be waved away by a cheap homemade card.  I could give her a gift certificate, if she wasn't strictly opposed to accumulating more books that she doesn't really need to reread over again.  At least there's always flowers, which she doesn't mind replanting in front of the house, even though they always wind up with a shelf life of three months. 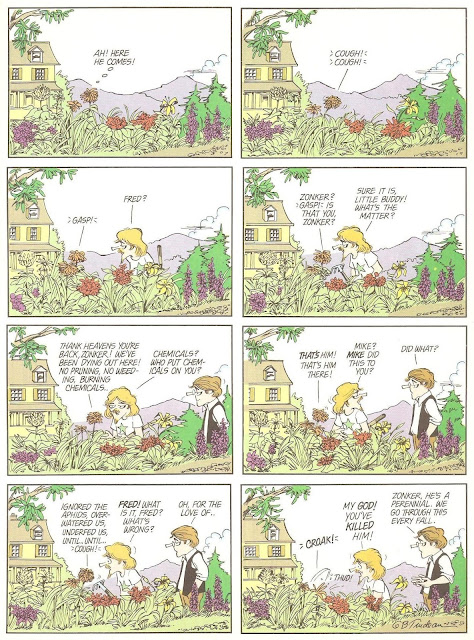 Of course, it'd be extremely difficult to top the gift my sister gave Mom last year.  But since I can't crap out a baby out of my privates, the next best thing I can do is write my thoughts with amusing relevant comics attached.  Here's hoping it'll be good enough to stave her off for another year until I can think of something better. 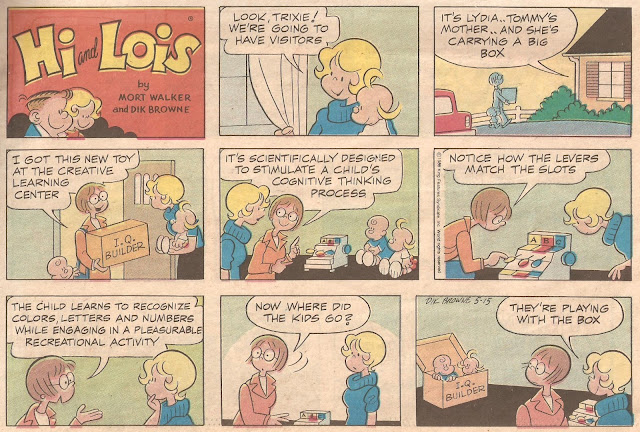