When it comes to anthropomorphic representations of pretty much anything, it's hard to beat the Japanese.  They've marketed and analyzed Cuteness to be distilled into its purest form in order to sell the latest merchandise, avatars for long and short-term story protagonists, or to simply display helpful street signs.  But for a brief time, The Robesonian had a North American equivalent on the front page, highlighting the Weather. 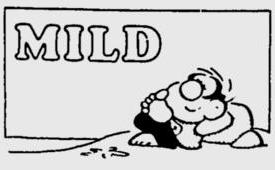 This feature showed up on the upper left side of the Front Page, and ran from August 1987 to at least November 1994, when they abruptly stopped.  The month of December is missing, but at the very least, they didn't show up after 1995. 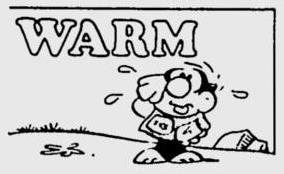 The majority of these single panel summaries had a man in a mask (or heavy glasses - it's hard to tell) enjoying, enduring or simply observing the weather patterns that were happening around him. 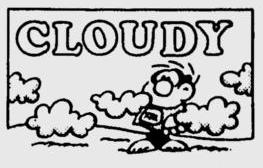 Particularly enjoyable were the instances where the weather was described like so: 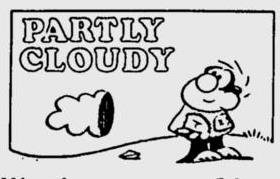 The other half of the time, the guy was replaced by a Clam in times of more extreme weather. 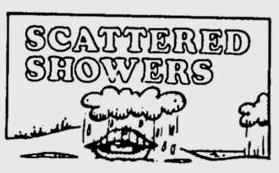 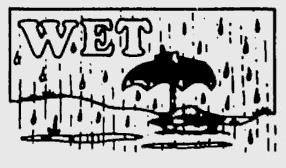 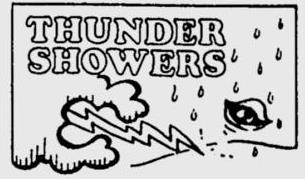 This is the only instance the two of them appear in the same panel. 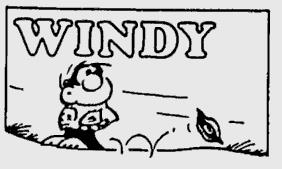 So, given this direct easy-to-understand method of describing the weather, why did they suddenly stop? 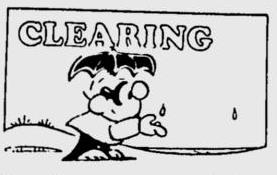 The problem ultimately stems from a limited set amount of varied weather patterns in North Carolina. 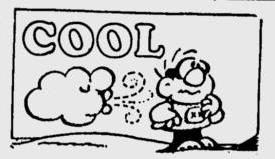 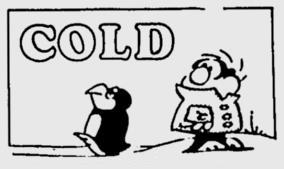 For instance, this was the rarest of the Weather signs to show up. 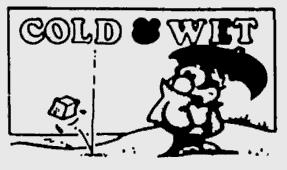 The most common Weather Forecasts were Mild, Warm, during the Spring to Fall Months, and Chilly and Cold during the Winter Months.  Not even a single instance of Snow or Flurries. 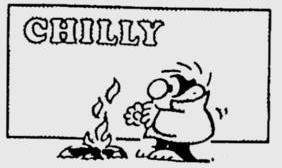 It's all up to speculation at this point, but the possibility of repeat Weather Patterns and the lack of wanting to pay the Cartoonist's pay for usage of his copyrighted images may have played a part. 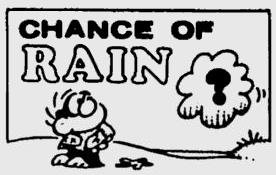 In any case, it probably doesn't matter what the predictions of past publications was.  One thing still remains true - the Weather Forecast is probably wrong. 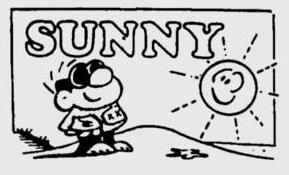 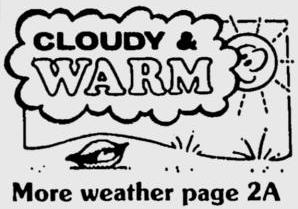 EDIT - turns out the above images were created by James Childress, who had his briefly run comic strip, Conchy, which ran from 1972 to 1976.  This was before my time, so it naturally escaped my attention.  It only ran in about 26 papers, before reaching a zenith of 150, until creative control came between Childress & the Syndicate over how to handle the characters for wider commercial appeal.

Information about the strip and the man remain sketchy.  A pre-Mortum interview can be found here, and a sampling of comics can be found here.  The comics were a mix of BC's Cavemen and Peanuts' philosophical ramblings, with the odd strip being devoted to essay-length single panels ruminating on serious points.

The weather bits ran from 1974 until early 1977, when the cartoonist committed suicide.  (For personal reasons involving a custody battle unrelated to the strip, which was gaining papers) 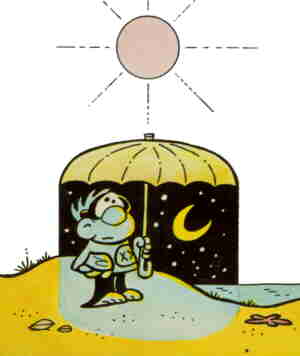 This extra piece of trivia wound up being more morbid than I expected.  Thanks to the Anonymous commenter who pointed this out to me!
Posted by DeBT at 9:47 PM