There was much preamble made about Donald's infantile power grab to assert dominance by yanking the shakee's arm in his general direction, and holding their sweaty palms an uncomfortably longer time than usual.  That strategy completely fell apart in the presence of Justin Trudeau.  (A well-described Epic Standoff summarized here) If there's one thing Canadians can't be faulted on, it's not knowing Americans better than they know themselves. 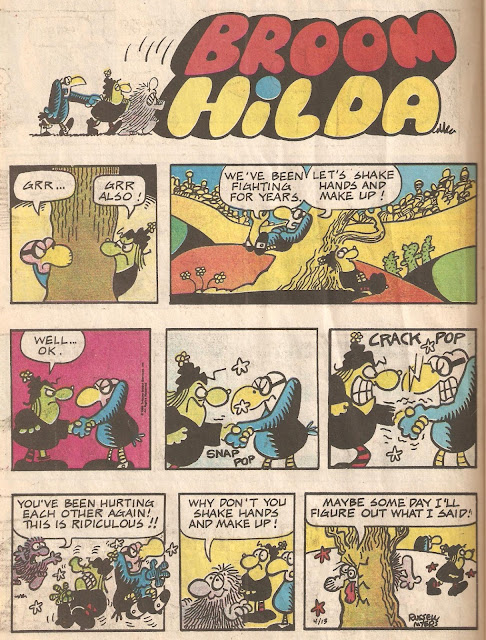 And then there was his outright refusal to shake the hand of Angela Merkel, the German Chancellor.  There was speculation that he didn't want to touch a woman who wasn't a perfect 10, or helping him down stairs.  But it's also possible he was shaken after Trudeau beat Trump's handshaking strategy by his own hands.  After being humiliated like that, why risk making yourself look foolish again?

Of course, all this boils down to a simple case of handshaking ignorance, since there's no course on the proper way to shake someone.  I haven't had much experience in this, but the few instances I've had suggests that there's a large void of information on what should be a very basic act.

First off, most people tend to just limply offer their hands in a floppy manner, letting it languish in the shaker's grip.  This is wrong.  You're not supposed to merely shake from the wrist alone. 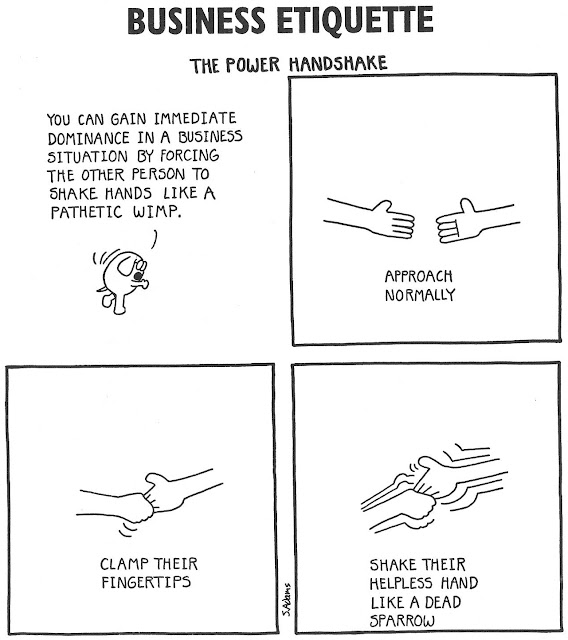 A good proper shake should originate from the shoulder, energetically pumping at the elbow like you're drawing water from an old pump.  The recommended length of time is three to six shakes, releasing after a scant five seconds after the activity's over.  Pleasantries can be exchanged during this action; and lingering longer with someone who's not your secret lover should be avoided.  It also shouldn't be considered a power move to intimidate, crushing the shakee's hand.  Unless both parties are of considerable or equal strength. 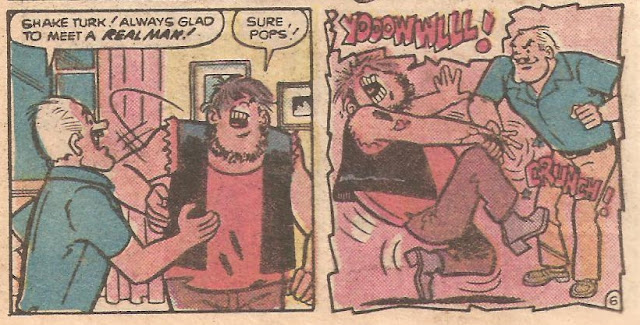 Furthermore, the palms of the hands should be firmly placed between the hollow of the other's palm.  Using the same hand (Left hand & left hand, Right hand and right hand) is preferred, but not the mirrored image. Otherwise, unfortunate implications and injuries might occur.  Unless you're heavily engaged in elaborate welcoming / farewell reception rituals, involving high slaps and synchronized gestures that only members "in the know" would recognize, the general reception should be to keep it basic. 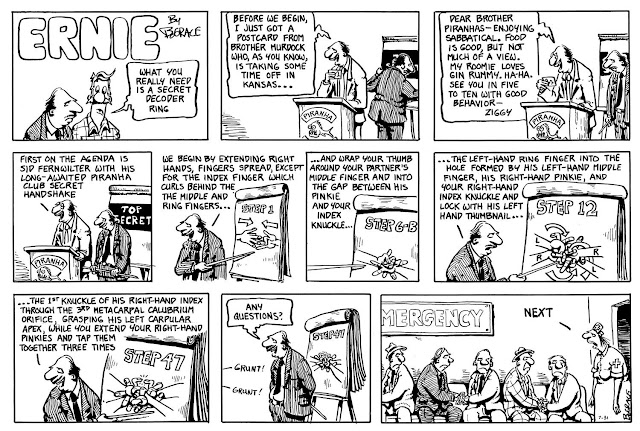 Extra tip - wiping down the other person's sweat in open view is also considered bad manners, though I've never seen anybody openly do that.

Incidentally, I had a panel I intended to use, from Archie's Dennis the Menace ripoff, Pipsqueak Visits the Farm, but was unable to find it, on account of having given the digest said comic was in away, confident I wouldn't need it again.  (Hindsight is always 20/20)  Ironically, for a lackluster comic, it contained an extremely rare instance of a mutual handshake done properly without any comedic elements added to it.  Anybody who has a physical copy on their shelves will know what I'm talking about.