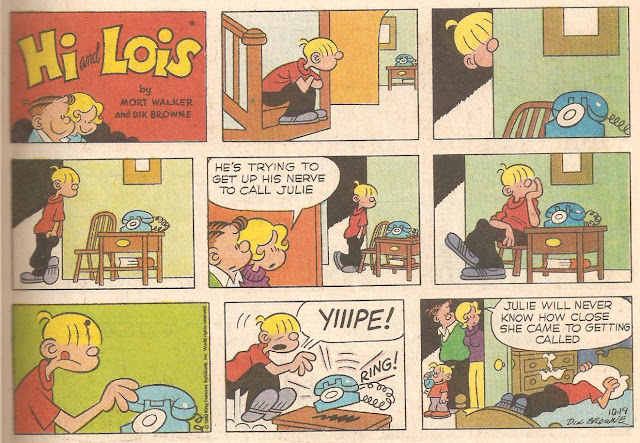 The last time I did one of my Weird Romances, I was despairing over being bereft of material for future use, save for the occasional update of newfound material.  But recently, I've come across large swatches of old Sunday comics, filling in some gaps, and am now ready to make up for lost time. 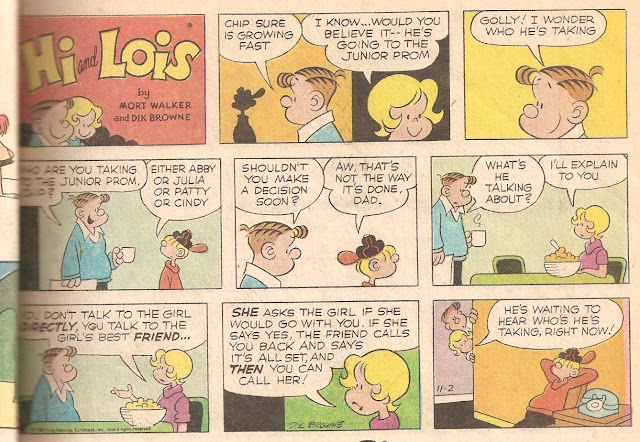 While Chip from Hi & Lois has never had a consistent girlfriend, he's certainly had multiple instances of trying to work up the courage to ask one out. 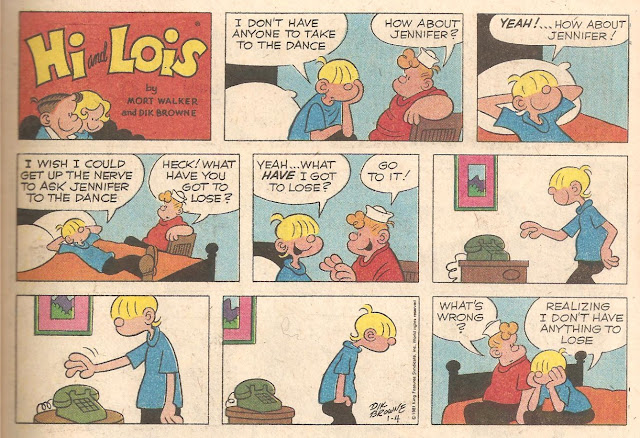 Oftentimes, it comes down to sheer embarrassment with the possibility of being caught in the act of talking with someone of the fairer sex. 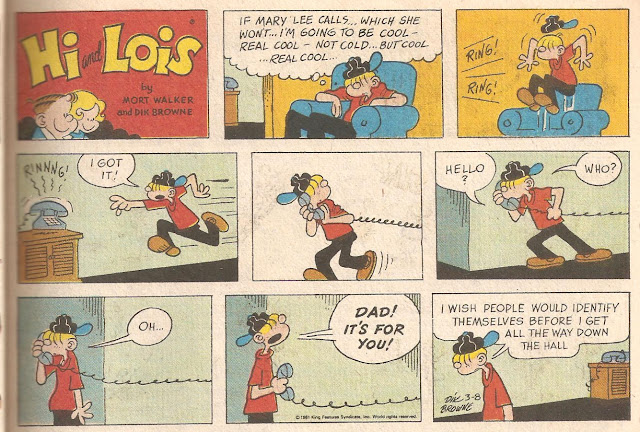 Keep in mind that this was all before Cell Phones became the rage, and the prospect of having to share the phone with the whole family was sacrosanct.  Just another aspect of technology that's died out with telephone cords. 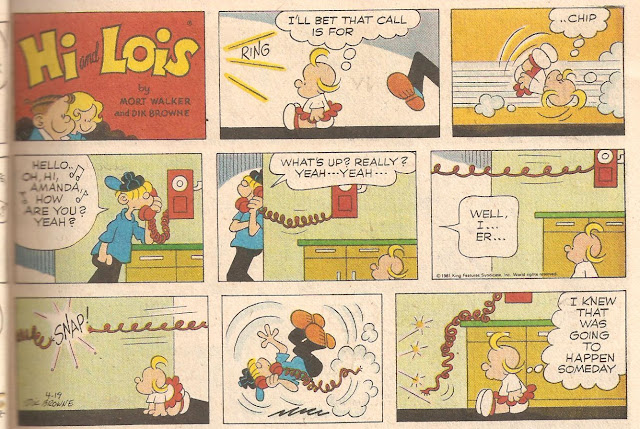 While there's been complaints about how the sleek modernized version of telephones and flat-screen TVs have wiped away the creative visual appeal of old-time technology (which is certainly justified, given their nostalgic appeal), that's still no excuse for not using said minimalist technology in creative new ways the creators never intended. 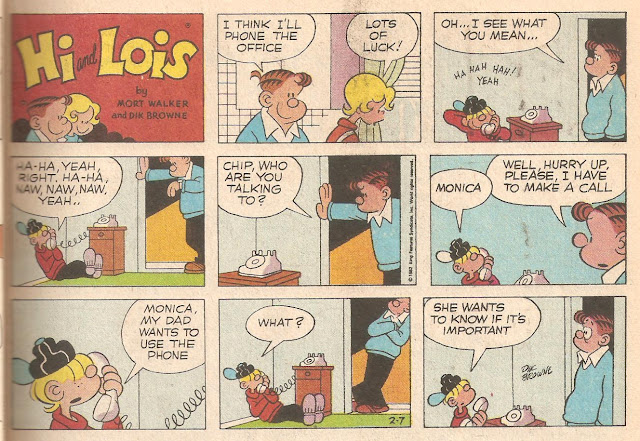 Just as the telephone cord was meant to be a functional wire, it wasn't meant to be fiddled around with, stretched across the hallway to gauge distance; so too could a Cell Phone be manipulated beyond just a rectangular slab attached to your wrist or face. 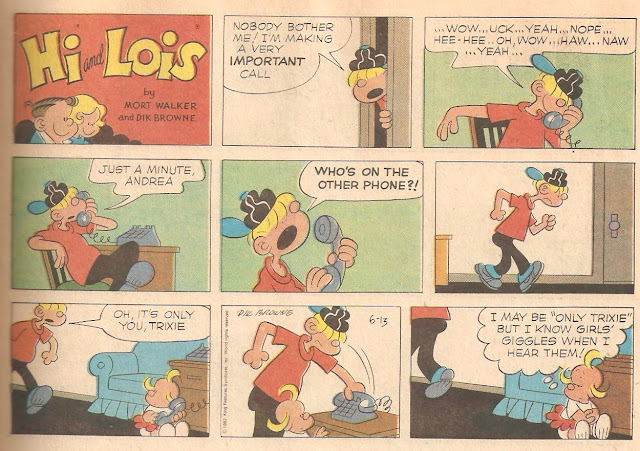 Of course, you can't get the satisfaction of slamming down a telephone.  Angrily snapping a case shut doesn't exactly have the same impact.  Not that some people haven't tried, beyond throwing their Cells across the room, only to instantly regret their decision for breaking their valued machines. 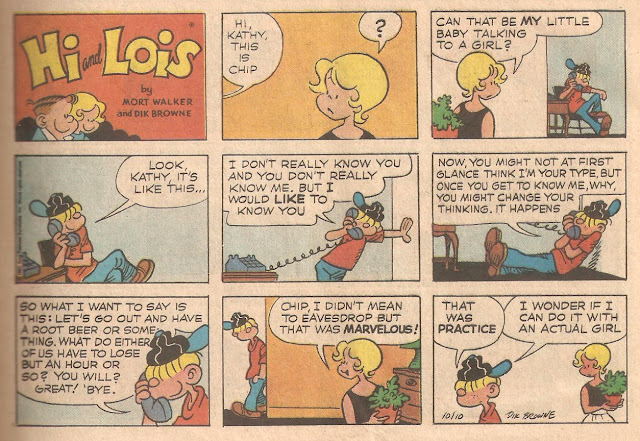 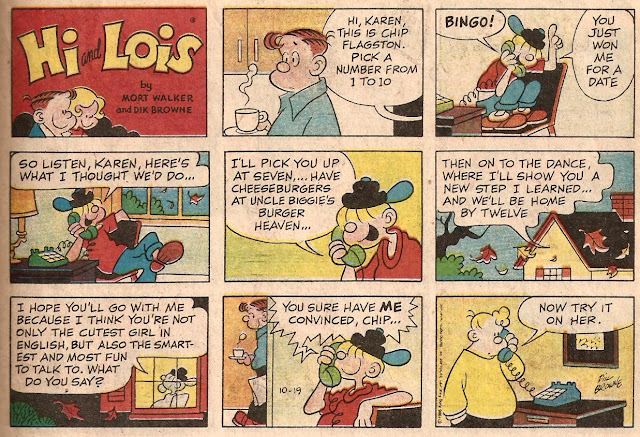 Getting back to the main topic, for the most part, Chip's interaction with phone dialogue don't amount to much more than practice that never quite pan out.  His most successful attempt was when he dialed a wrong number. 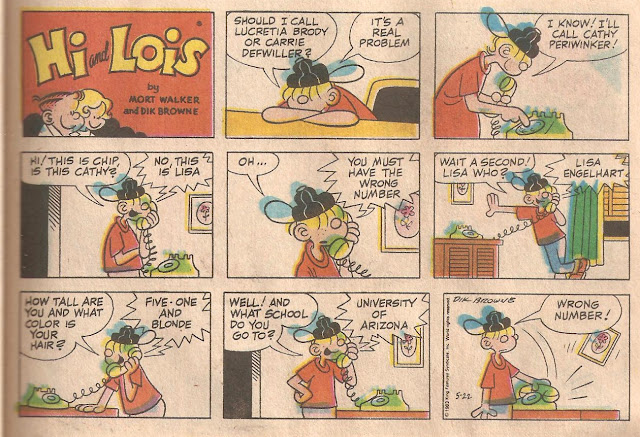 This comic pretty much encompasses the distillated essence of Chip's struggle between his confidence and his execution.  I particularly like how the banners on the wall (Think! and Start!) reflect his inner turmoil and actions. 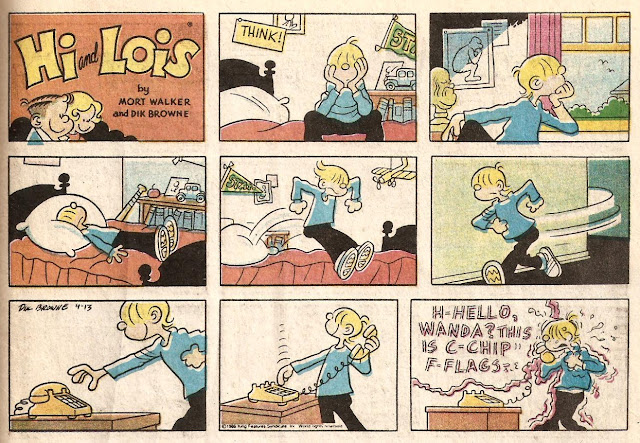 A reoccurring theme is that Chip seems to get flustered and embarrassed when associated with someone he particularly likes.  This is the easiest way to tell if someone's feelings are particularly strong. 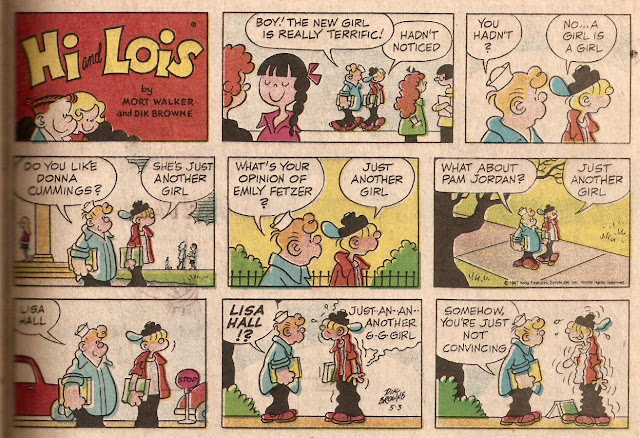 Of course, given the episodic nature of these strips, we never hear of Lisa Hall after this. 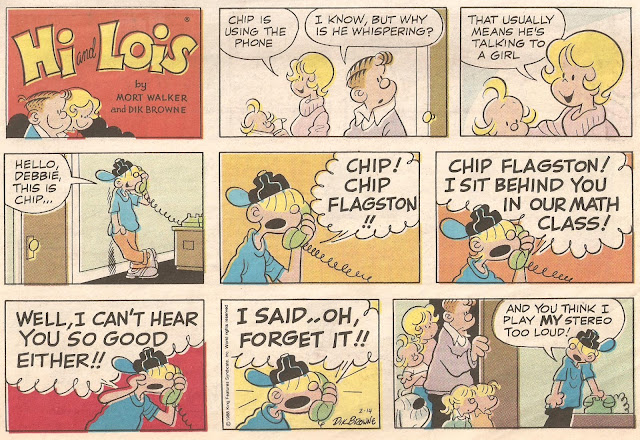