This is the last month of alloted Not-Far Side Cow Ads, and as such, I don't have anything special planned for the begining of the month for next year. 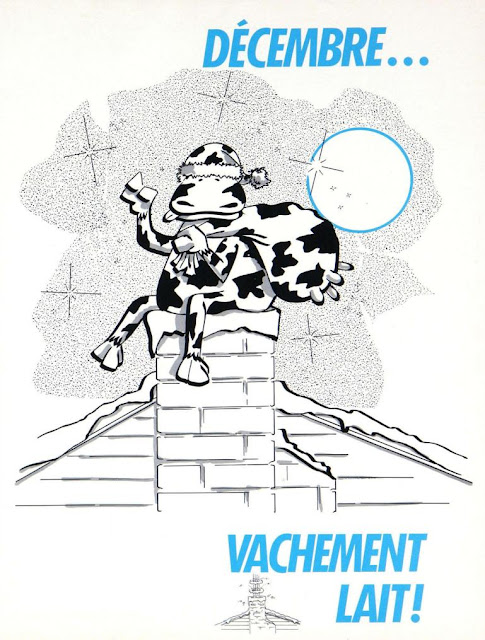 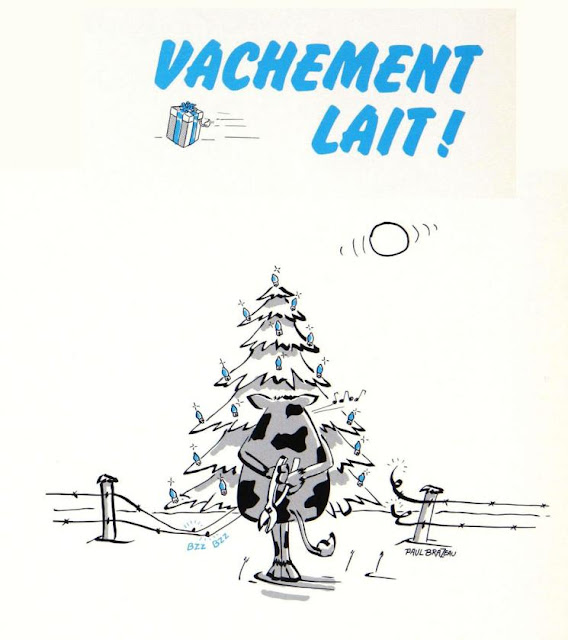 As you can tell, there's a consistent Christmas theme running throughout these.
As an added bonus, here's the ad that showed up for the first month of 1994, which was also the last Cow Milk Ad that ever appeared.
While this was the last commercial appearance, they also showed up in an earlier School special, devoting attention to CEGEP, which is a tution-free precursor school before University in Québec.  Here's a (very) rough translation of the following nonsensical text: 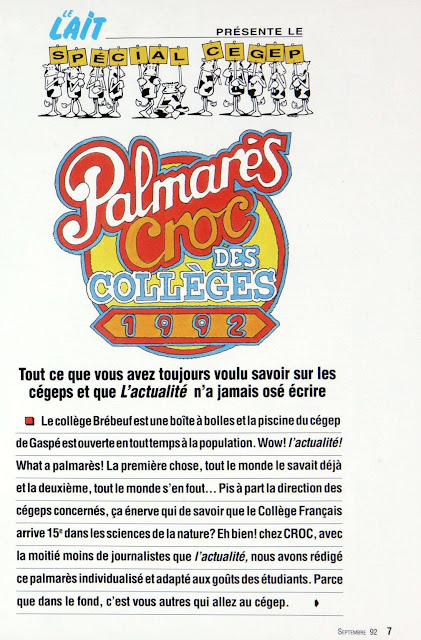 Bebeef College is a Bubble Box and the Gaspe CEGEP swimming pool is open at all times to the populace. Wow! Such news! What a prize! The first thing, everyone already knew and the second, nobody cares... And besides the direction of concerned CEGEPs, did you know that the French College comes 15th in natural sciences? Well, at CROC, with half the number of journalists in the news, we wrote this specific list catering to the student's tastes. Because in the background, it's you who go to CEGEP.

This special feature also had various cards sprinkled throughout its satirical article, which I meant to rotate and crop, but never got around to doing.  Here's the  last of the Cows you'll ever see around here. 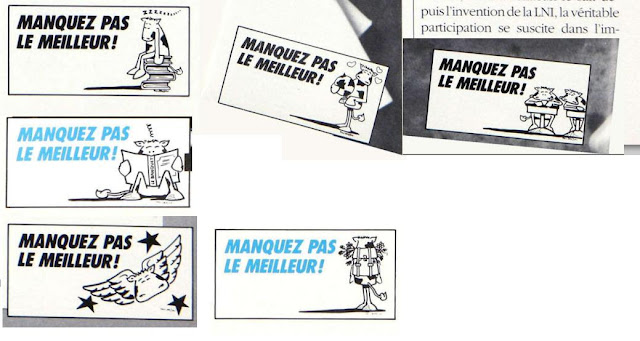