After I completed my monthly allotment of not-Far Side Cow Ads, I was left floundering for anything that could potentially replace my intended updates, and it looked like I wouldn't have to deal with any more deadline-relevant material. 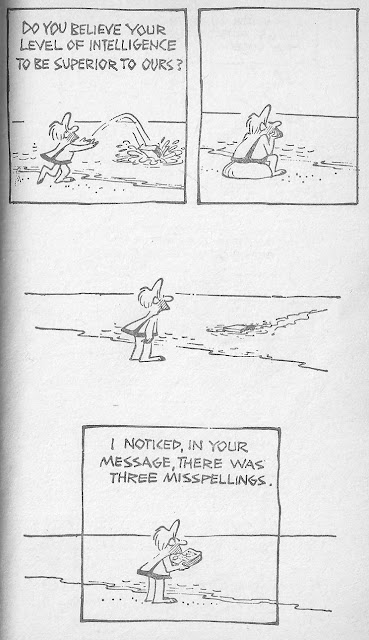 Then, while going through my old collections, recalled that there was something substantial that while not particularly festive, does have occasional instances of the passage of time, yet allows for subtle variance - Peter's Letters to his Ocean Pal, and Wily's Poems. 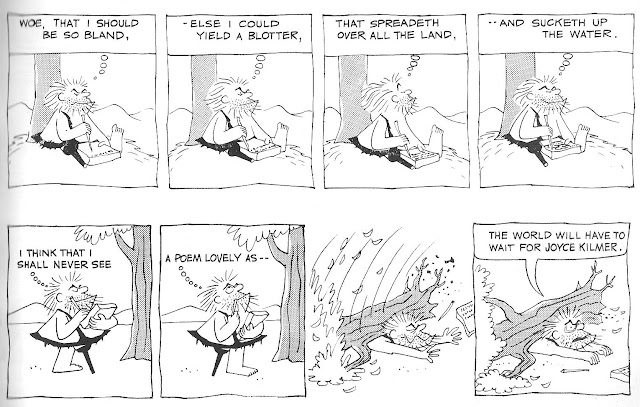 These static images have been reused so many times that it's easy to forget how they even started.  And their overreliance of repeat panels makes for visually uninteresting comics in the same vein as the abundant Akbar & Jeff strips in Matt Groening's Life in Hell. 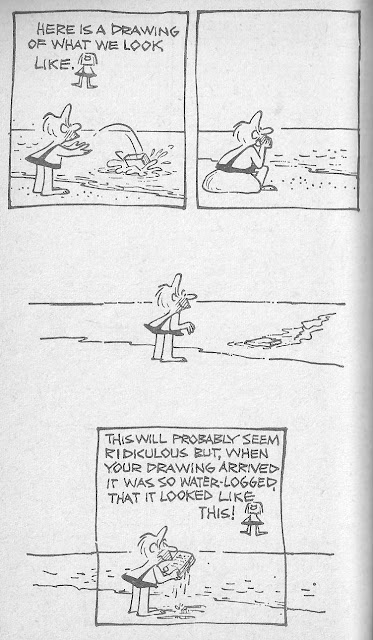 Recently, there's been some research that when it comes to things that humans still do better than computers, it's in reading comics.  Apparently, the process of integrating the entire aspect of a panel, and distilling the relevant bits, as well as trying to make connections between pages, as well as intuitively "reading" and interpreting the meaning behind a panel is something even a child can do that the fastest processing device on the planet can't.  They're likely to be pay more attention to irrelevant aspects of the drawing, than focus on the things worth paying attention to.

Of course, if we're insisting that these machines jump head-first into an American comic printed between 1930-1950 with all it's obscure trappings, intricate inside-joke humour, and references to ages-ago events that have no modern-day equivalence, then of course they're going to be confused!  Not to mention comics that vary their artistic styles in tribute to other artists, parodies, tonal shifts, usage of humour, and personal experiences which are all areas that fall outside a computer's range of experience. 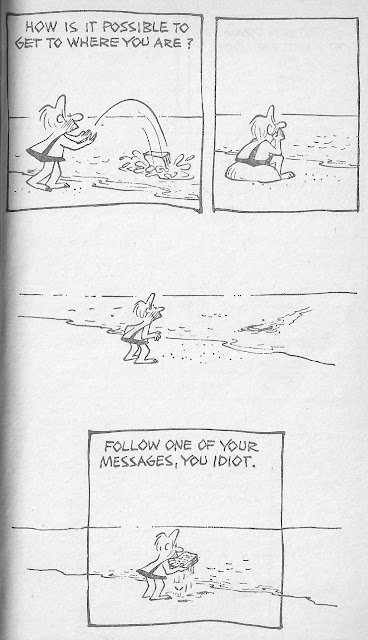 We could have comics that speak solely to computer's preferences, but barring knowing what'd appeal to computers as their target demographic, we'd be trapped inside a circular chain of reactory logic.  Instead, I'd suggest starting them off with something far easier.  Start with the basics.  Use Peanuts & Garfield comics.  (Random Garfield Generators manage to create uproarious comics more by accident than design)  Computers would have to figure out that Garfield's thoughts can't be heard by Jon, despite some random inconsistencies.  Woodstock's scratchy remarks aren't indecipherable codes, but meant to be interpreted by Snoopy later.  In essence, comics are just logistical puzzles.  And Computers have to figure out the whole picture before predicting the outcome, which can't always be an easy task. 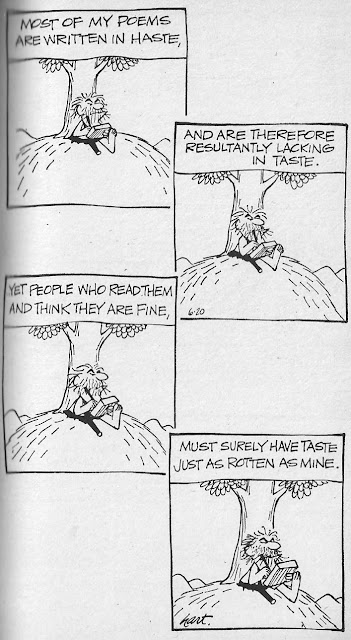 A mostly-text issue of Transmetropolitan is considered to be an entry-issue for first-time comic readers who aren't used to the art form.  The essay sprinkled throughout the comic is somehow more understandable, since there's no dialogue spoken through word balloons. 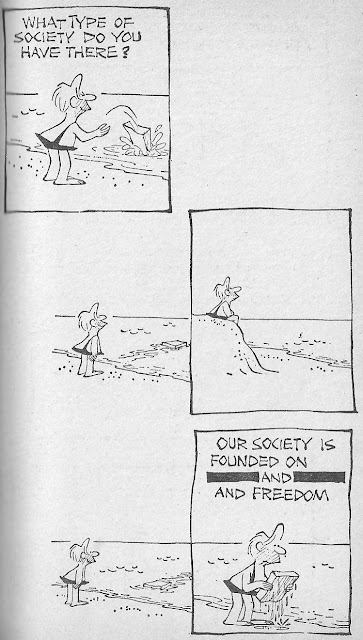 I'd also hold off on using the oft-used Dinosaur Comics, because, despite their repetitive nature and consistency, the actual content within varies and changes so much that it becomes nigh impossible to predict how events would play out.  With Peter writing a letter, then chucking it in the ocean, we're given a progression of time that's eventually paid off with receiving an answer at the end.  Wily's poems are stylistically and functionally similar from almost every panel, but there's no confusion over the order, and there's some rhyming and rhythm thrown in the mix.  As I've said before, I enjoyed seeing panels repeated multiple times, since I could get a sense of similarity between them and make connections that'd make sense later on.  (Even though I would label these under Plagiarism later on) 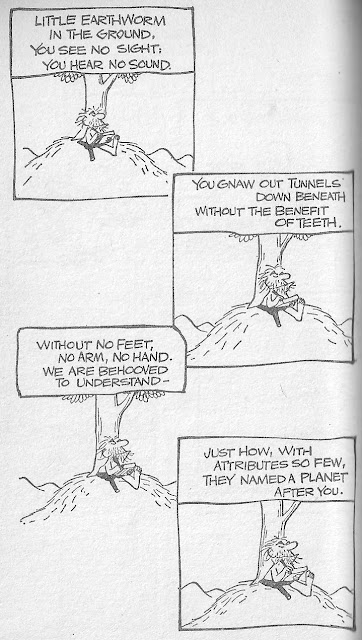 That said, I'm not going to willy-nillingly use every single one of the constantly used letters or poem comics - I'm just going to single out the most noticeable and different ones. 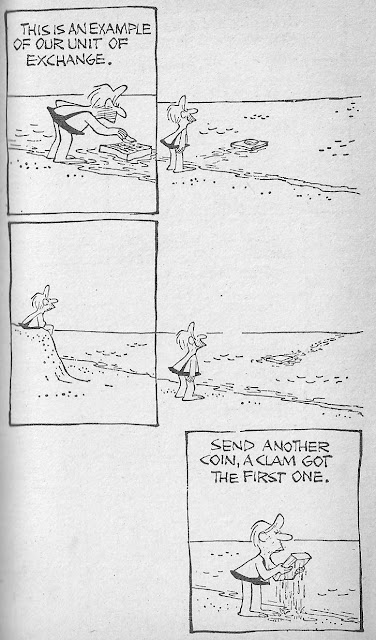