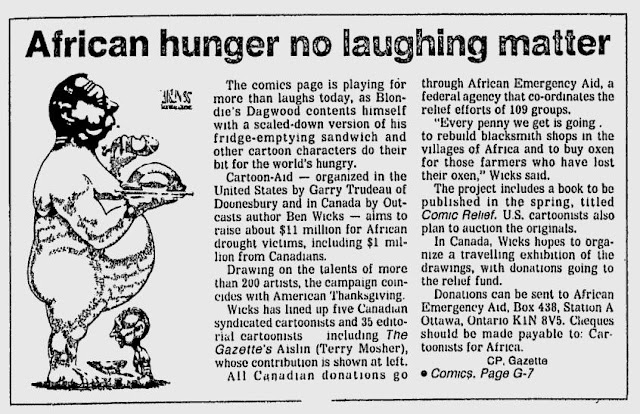 Two years ago, I started posting comics that paid attention to the Hunger Relief campaign in Africa.  Since then, I keep finding new Thanksgiving Famine Tribute comics.  Every time I think I've found the last of them, some more wind up hiding where I hadn't looked before.  Some of them weren't on the main comics page, but as solitary comics located randomly in the newspaper, hiding in plain sight.  These comics will probably become painfully relevant, judging by the Presidential inauguration.  Hunger is going to become a familiar sensation for the upcoming years.

It probably doesn't help that several of them make light out of what's essentially a difficult subject. 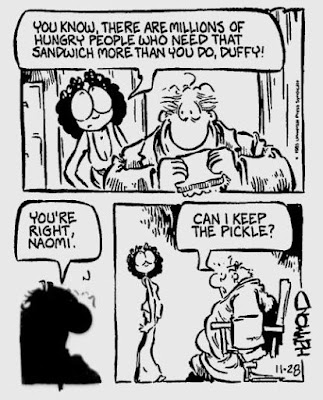 Then there's forgettable generic comics like Sydney (featuring an unbelievably stupid bear) that in the second less-effective hunger tribute, had strips involving ignorance over the usage of food.  Whether this was intended or not is borderline, and up for interpretation.

Serial comics like Mary Worth only made token remarks that would've sounded ham-fisted in any other context.

The Phantom didn't even bother wedging a hunger tribute in its narrative, simply settling for a caption box tucked away near the bottom instead.

Then there are comics that appeared a year before whole swatches of cartoonists decided to band together for a greater cause.  Before Wiley did his more famous Non-Sequitur comics, he started out with his first attempt about a crotchety Mayor's assistant named Fenton. 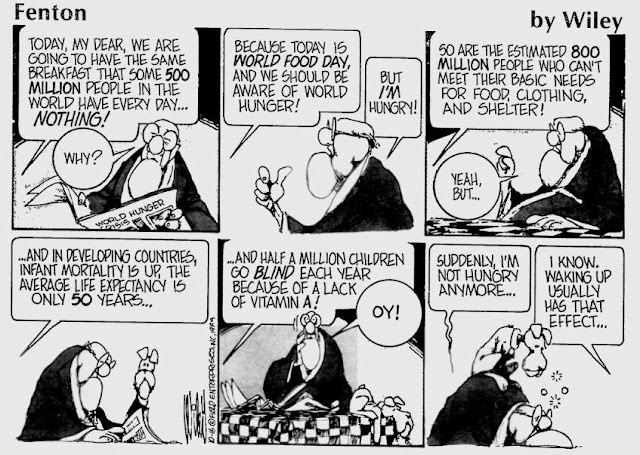 This Adam comic was published years before the Famine tribute, and not on a Thanksgiving, but given it's contradictory and similar message, it certainly applies. 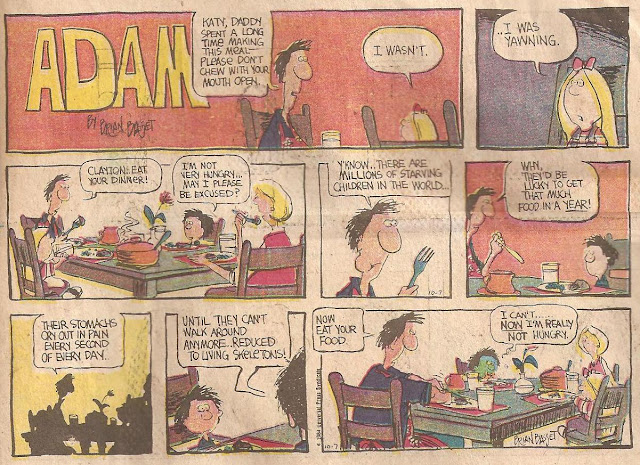