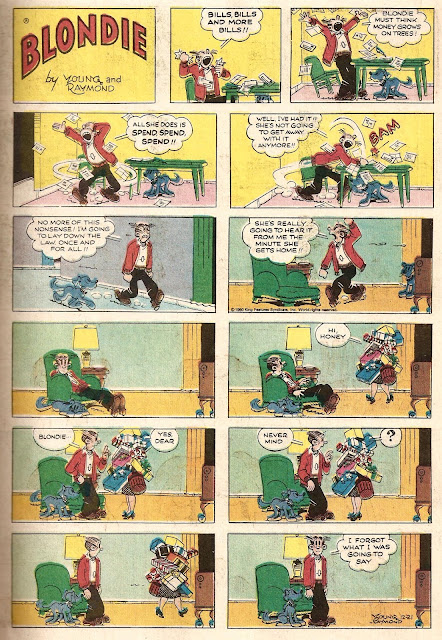 While legacy strips can reuse certain themes into the ground, some of them can fade out over the ravages of time, depending on the relevancy or obsolescence of said jokes.  The Better Half had reoccurring characters such as Stanley's Boss and Harriet's Mother, until Vinnie Vinson was replaced; at which point they disappeared. 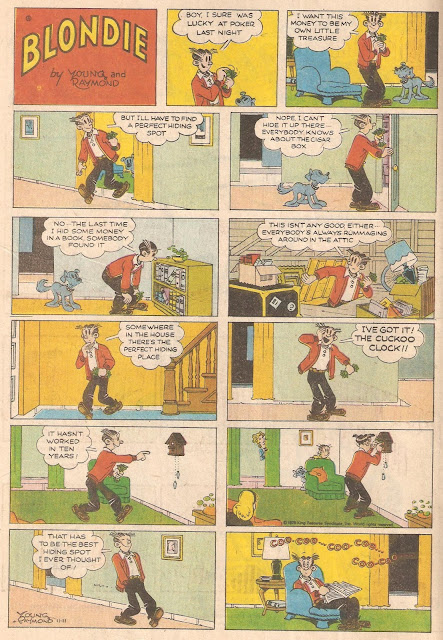 And then there were the various times Blondie was responsible for causing a major dent in Dagwood's bank account.  Though to be fair, Dagwood's children were also major sponges as well. 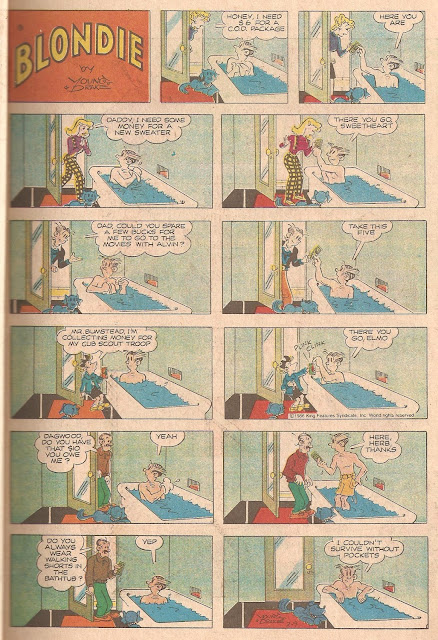 Back when Blondie first started out, it was a comedic look at the foibles of upper class society.  Then the Great Depression happened, and suddenly, reading about rich snobby people wasn't seen as a lucrative market anymore.  So in order to gain the sympathy of the readers, Dagwood gave up his wealthy inheritance in order to spend time with the love of his life, Blondie Boopadoop.  (Yes, apparently, her Maiden name was Betty Boop's catchphrase)

At times, Dagwood would try to foil his wife's attempts at draining his money by hiding stashes of it around the house... where it would be found anyways. 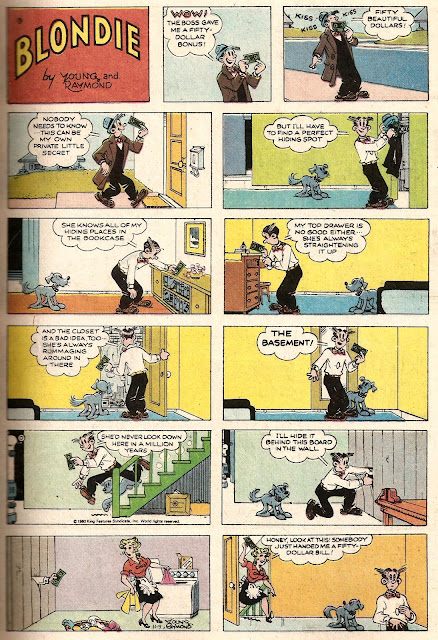 This was such a popular tactic that it was used multiple varying times with the same result.

Eventually, Dagwood would just succumb himself to the inevitable. 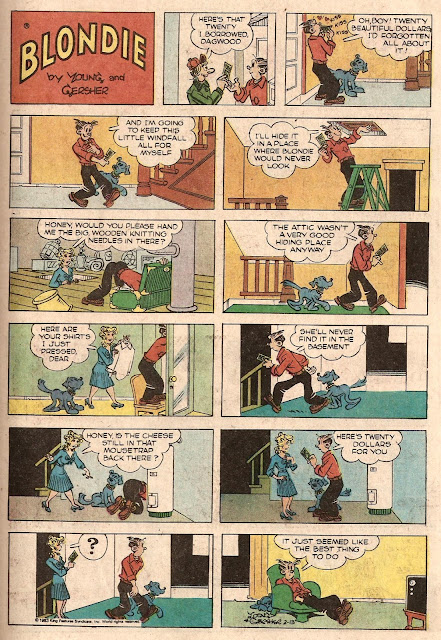 Blondie's love of the flush greenery was such that it would overwhelm all other sense of need, such as food or sleep. 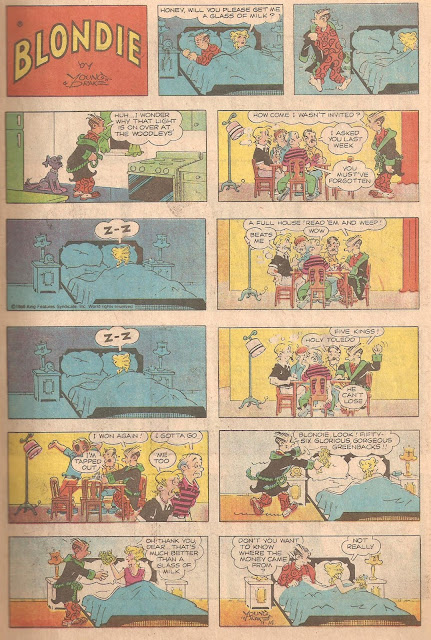 Then in the 90's certain household traits were considered to be too old-fashioned, and were phased out to be more relevant for latter-day readers.  Running after the bus was replaced by carpooling.  (The Mailman, Mr. Beasley, is still delivering mail, though)  By the same token, when Blondie started her catering job, all jokes about her being a wasteful moneyburner promptly disappeared. 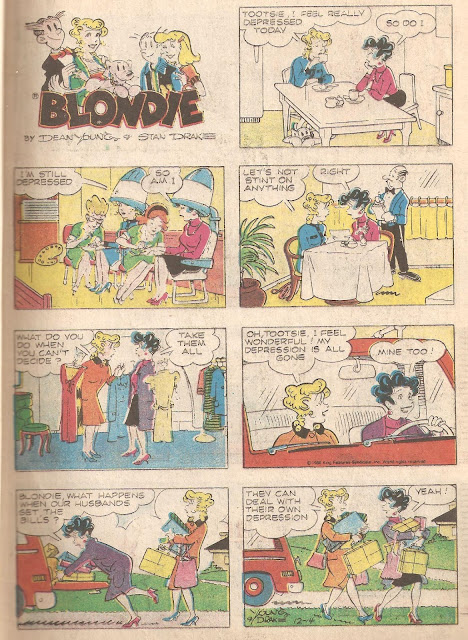 This comic marks the last visible time she went on a compulsive buying spree.  She probably learned the value of a buck there and then.
Posted by DeBT at 8:47 PM