When new ideas start out, they have the promise of unlimited potential that's only hampered by the imagination and ability of the user. 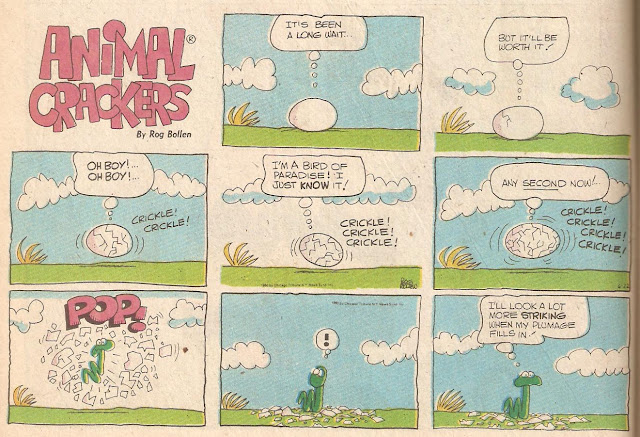 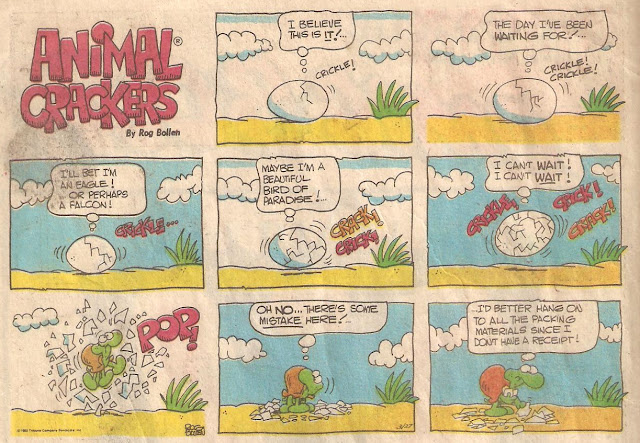 Sadly, as so often happens, their full ability stops being explored, and continues to be reverted back to old ingrained habits.  So when that happens, you try doing the idea again from a different angle in the hopes it might turn out better the second time around.

The above strips can hardly be counted out on their own, since were printed three year apart, and audiences can't be depended on recalling age-old jokes that long ago. 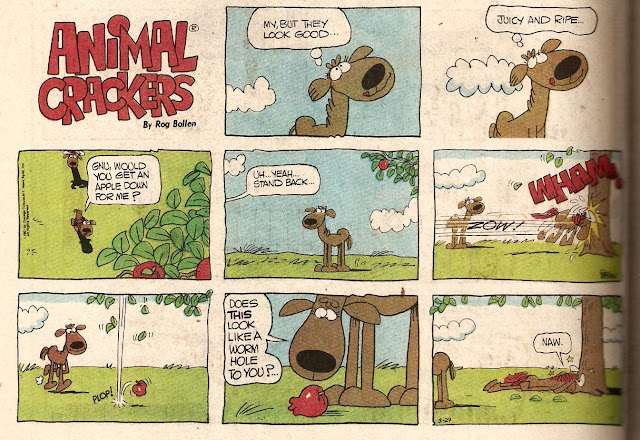 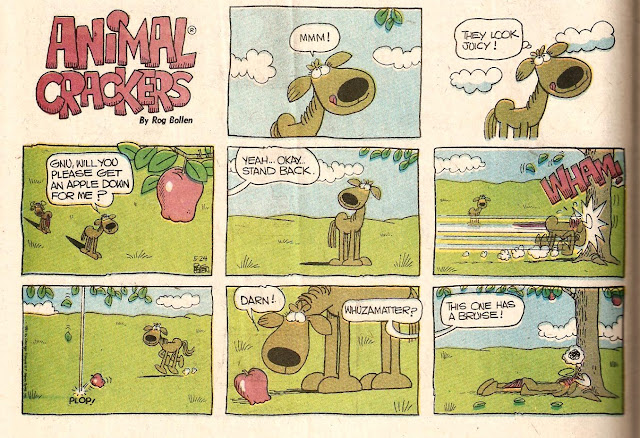 However, there can't be much excuse for these reuse of the same apple gag, just one month apart.  What's particularly sad is that the latter comic was actually printed first, and had the better joke.  I rearranged it so there wouldn't be as much sensation of loss.

In some instances, reusing a joke is a convenient way to create a kind of running gag for that comic's universe, and helps saves time thinking up a new one.  The only problem with this tactic is when you start heavily depending on these as strip filler rather than venturing out into new unexplored territory. 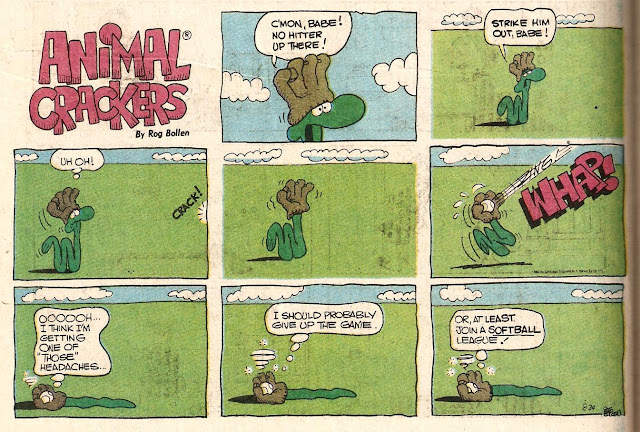 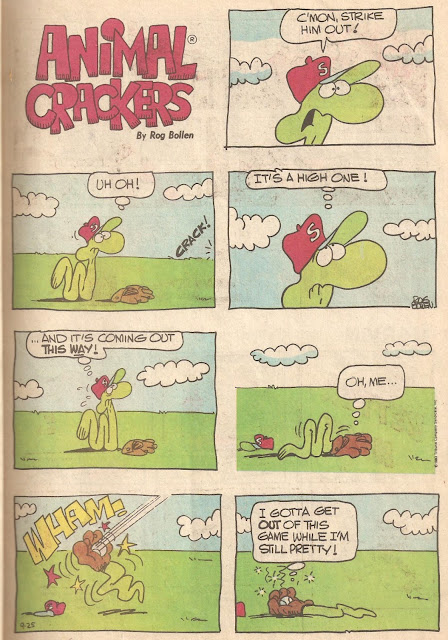 If the above Snake-catching comic looks familiar, you're not imagining things.  With so much head-related injuries inflicted on cartoon characters, forgetting the occasional detail or whether you've used a joke before or not can hardly be faulted. 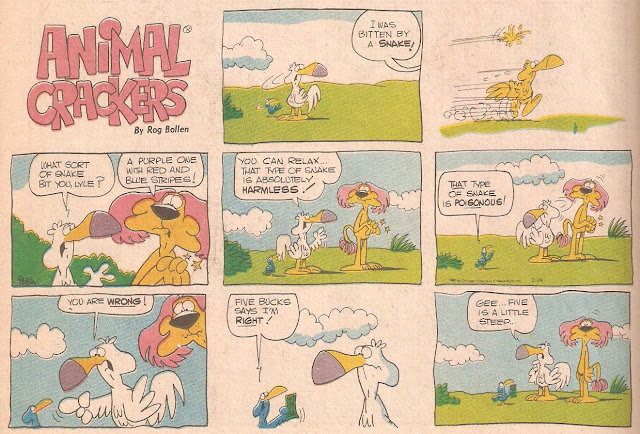 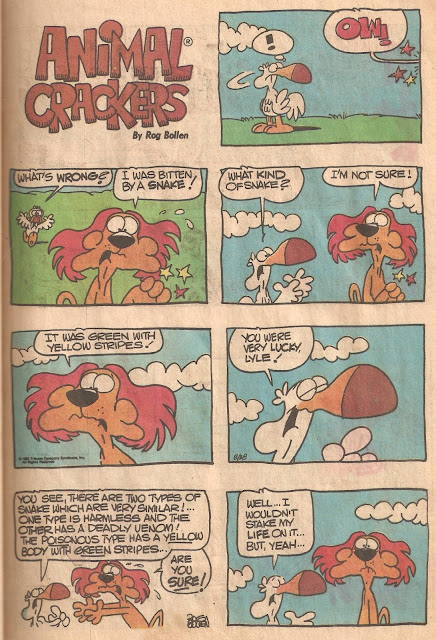 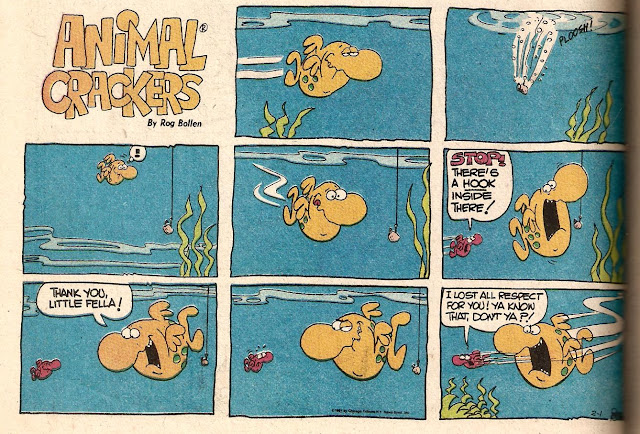 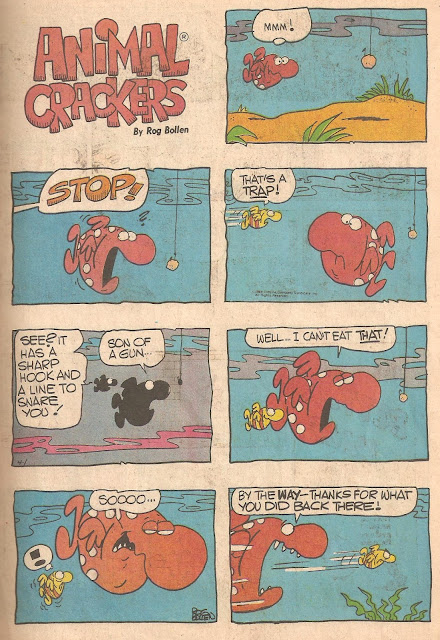 The worst instance of going through repeat disasters is a constant failure of learning from mistakes.  But then, people have been repeating the same mistakes throughout history, because they've been too bored with the subject to pay attention in the first place.  Oh, the irony. 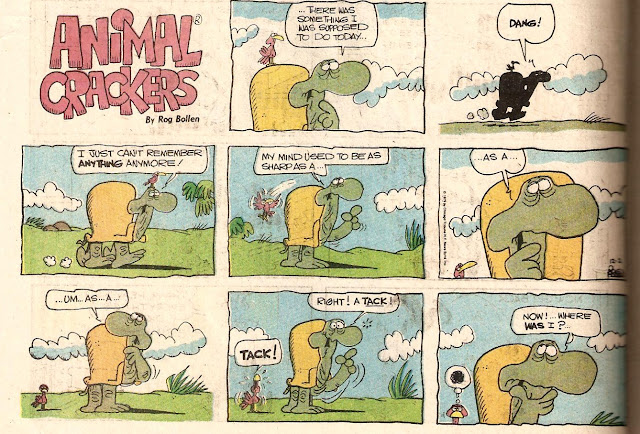 If only there was some dependable way of recalling tiny details using some kind of mnemonic device or something along those lines...  What was it called again? 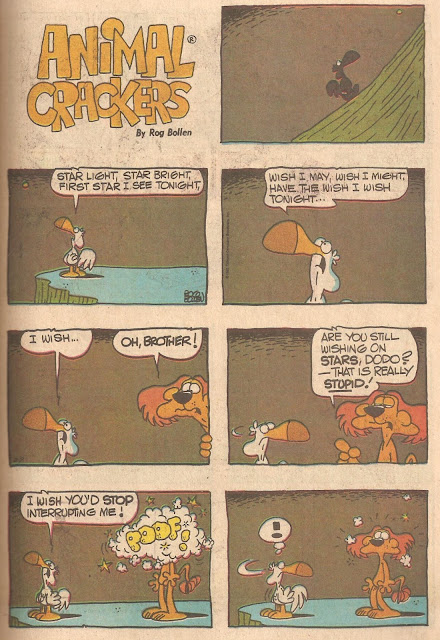 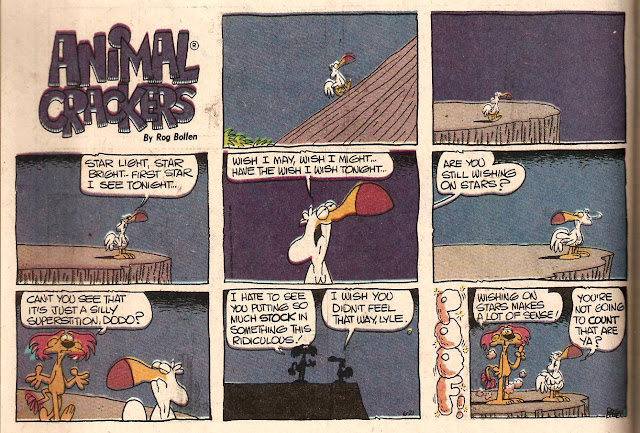 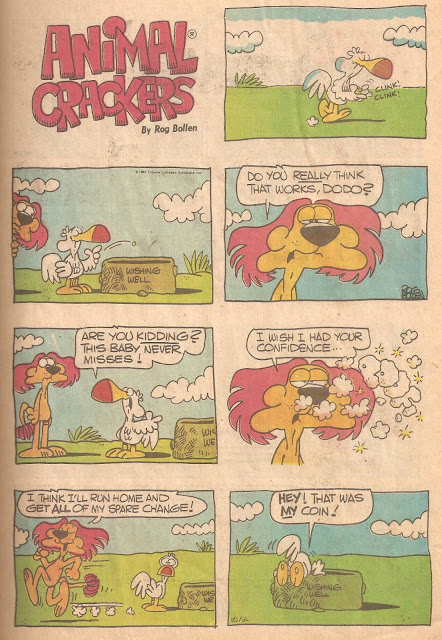 In conclusion, some parting words from our senior resident turtle, whose message has been repeated several times before: 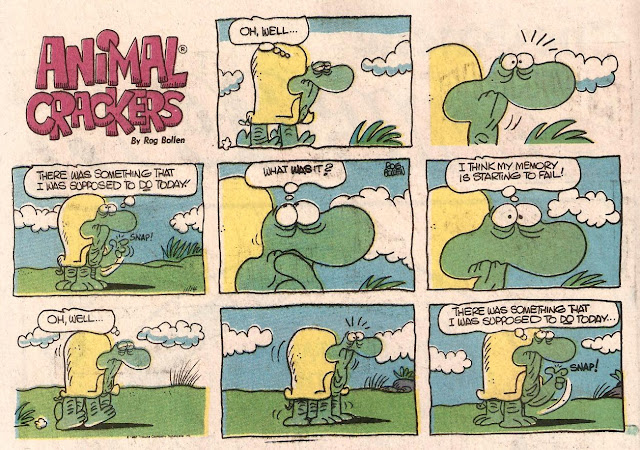